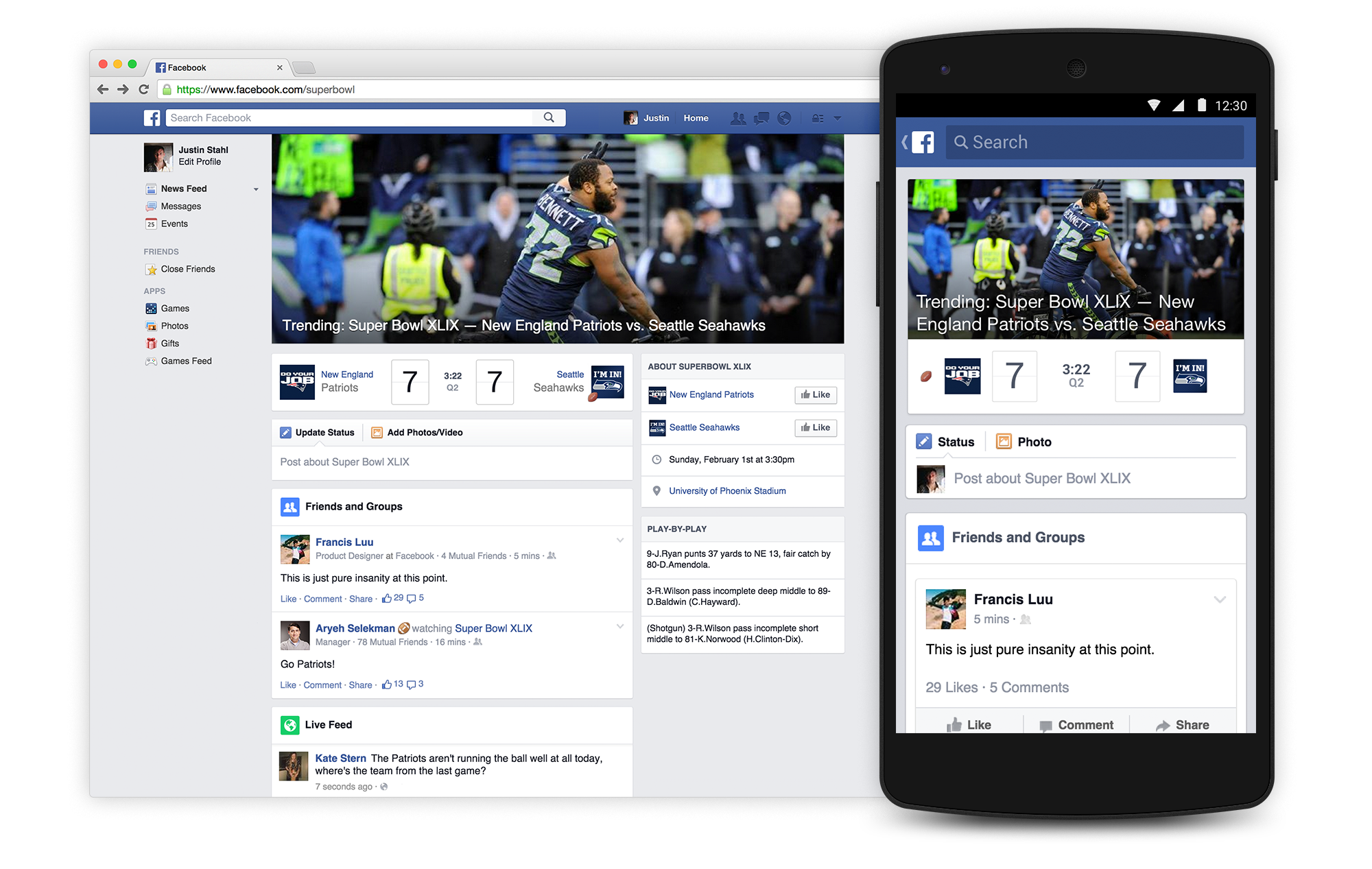 Super Bowl XLIX is upon us and Facebook wants to beat out Twitter to the punch and become the epicenter of conversation. Building on the more than 50 million people who joined the conversation on Facebook during last year’s Super Bowl, the social networking service today announced a brand new experience at facebook.com/superbowl.

Replacing Twitter as your Super Bowl companion begins with official posts from the NFL/NBC and related stories by teams and individual players. You’ll also find live scoring updates, real-time reactions, posts from your friends (with “watching Super Bowl XLIX” in their status updates) and more, all neatly organized in one place.

What’s more, in a true Twitter fashion Facebook’s Super Bowl page collates interesting photos and videos posted by the media and your friends who will be at Sunday’s game in Glendale, Arizona.

In addition to accessing the aforementioned URL directly in your browser, you can join the conversation at any time in your News Feed, by tapping on posts with the “watching Super Bowl XLIX” tag or Super Bowl-related hashtags, by clicking on “Super Bowl” in Trending and by using Facebook Search.