A report published Monday in The Financial Times newspaper suggests a tantalizing prospect for iPhone sales as Apple is expected to announce selling more handsets in China than in the United States when it reports fiscal 2015 first quarter earnings after the markets close tomorrow.

Tim Cook repeatedly said that China is Apple’s most important market. Roughly contributing to one-fifth of Apple’s revenue, China is home to 1.33 billion people market and is the world’s second-largest economy.

At the end of the third quarter of 2014, Apple’s iPhone enjoyed an 18.1 percent of market share in the country. By comparison, nearly half of all smartphones sold during the same three-month period in the United States were iPhones, according to market research firm Kantar Worldpanel.

A chart below shows that the iPhone 6 Plus is surging in China, according to data from AppLovin, a mobile marketing company that tracks smartphone usage. 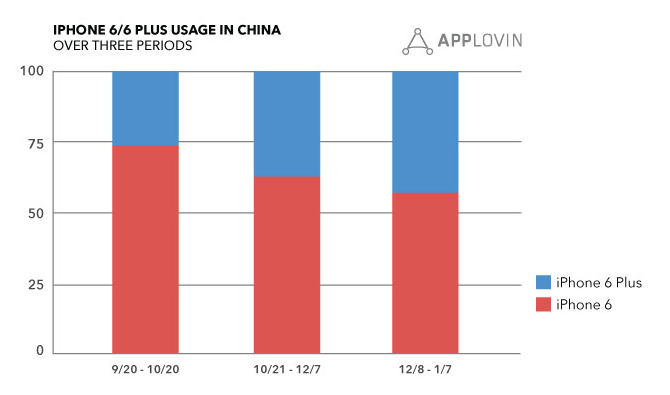 “China Mobile’s distribution agreement with Apple was signed in late December 2013 and Apple began shipping the iPhone 6 and iPhone 6 Plus in October, so it seems reasonable that demand in China surged relative to other regions,” Steven Milunovich, an analyst with global financial services firm UBS, wrote in a January 7 research note.

In the most recent quarter, China accounted for an UBS-estimated 36 percent of iPhone shipments versus 24 percent for the US. During the same period last year, 29 percent of units were sold in the US and 22 percent were in China, UBS said.

Just a year before, China accounted for only 22 percent of iPhone shipments versus 29 percent in the U.S. 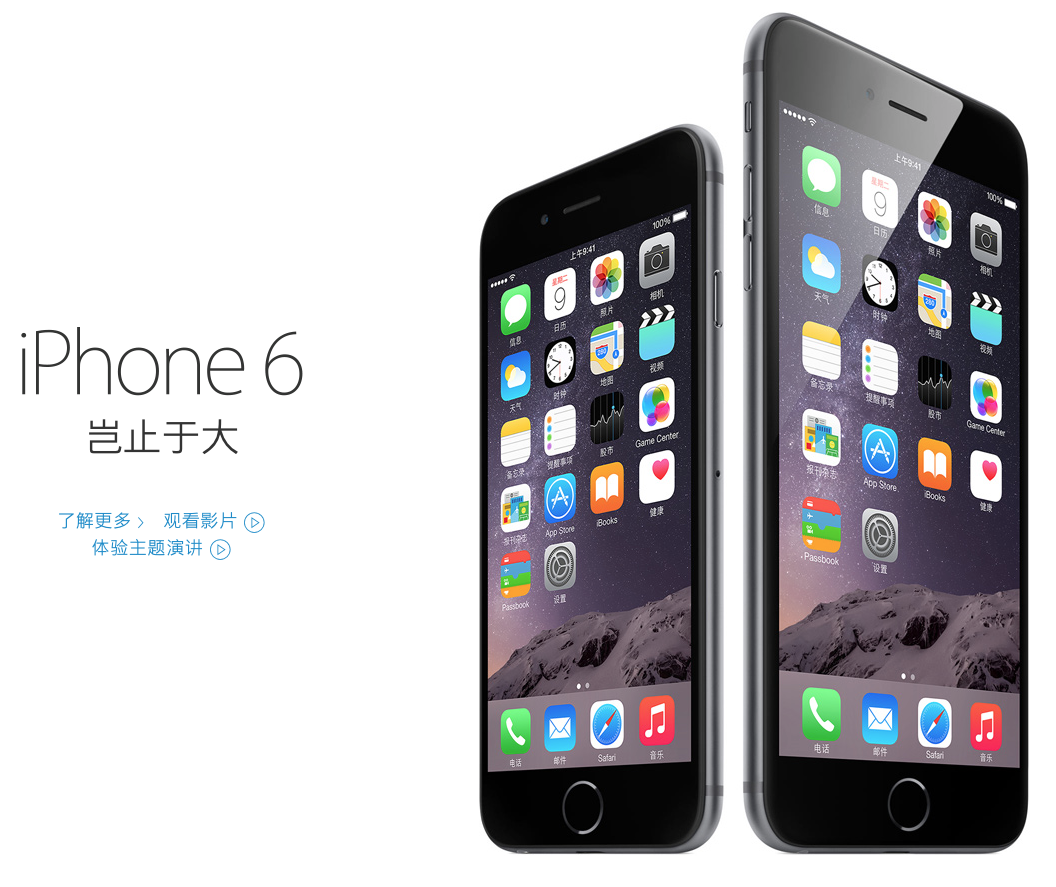 “They will likely do more in China than US from here on out,” said Ben Bajarin, analyst at Creative Strategies. “It certainly shows how important the China market is to Apple’s upside.”

Bajarin believes around two million more iPhones were sold in China than in the U.S. during the quarter. Morgan Stanley and KGI Securities are estimating global iPhones sales of 69 and 73 million, respectively.

Piper Jaffray analyst Gene Munster, who offers 65 million iPhones as a more realistic figure, says Apple will provide a higher-than-expected revenue guidance for the next quarter as demand for the iPhone 6 is particularly strong, Benzinga reports. 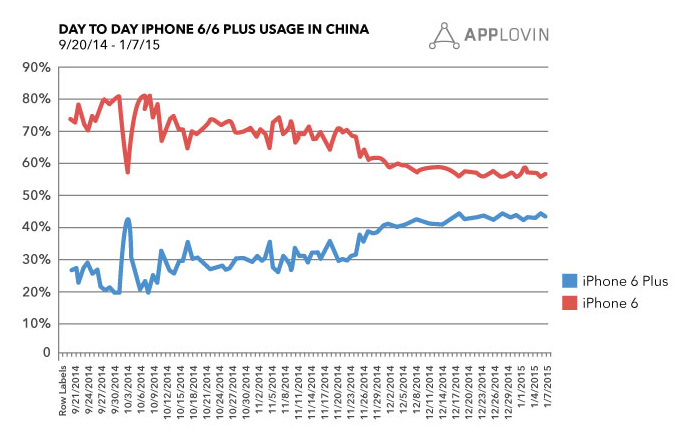 Apple’s success in China also stems from expanding its retail presence from 15 to 40 stores within two years, with five new retail stores having opened since the start of 2015.

Among the newly opened stores is a second glass cylinder location in Guotai Plaza, seen below. Another one featuring a beautiful mural opened last week in Hangzhou, the capital and largest city of Zhejiang Province in Eastern China Zhengzhou, marking Apple’s first outlet in the city. 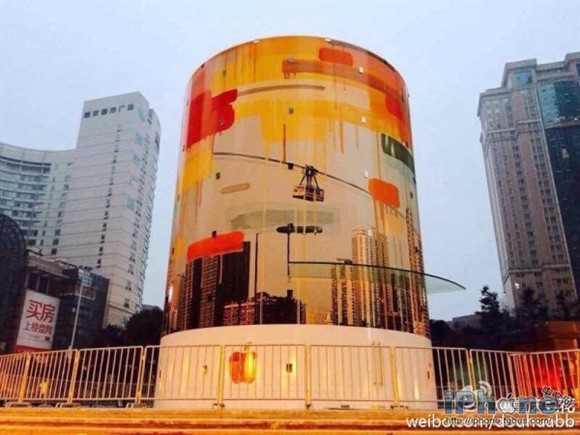 Meanwhile, Samsung is feeling the heat.

Following several quarters of declining profits, the South Korean conglomerate has seen its market share advantage erode to rivals. On the high-end of the market, Samsung is getting squeezed out by Apple’s larger-screened iPhones. Simultaneously, Samsung is failing to respond to the rapid rise of low-cost challenger Xiaomi.