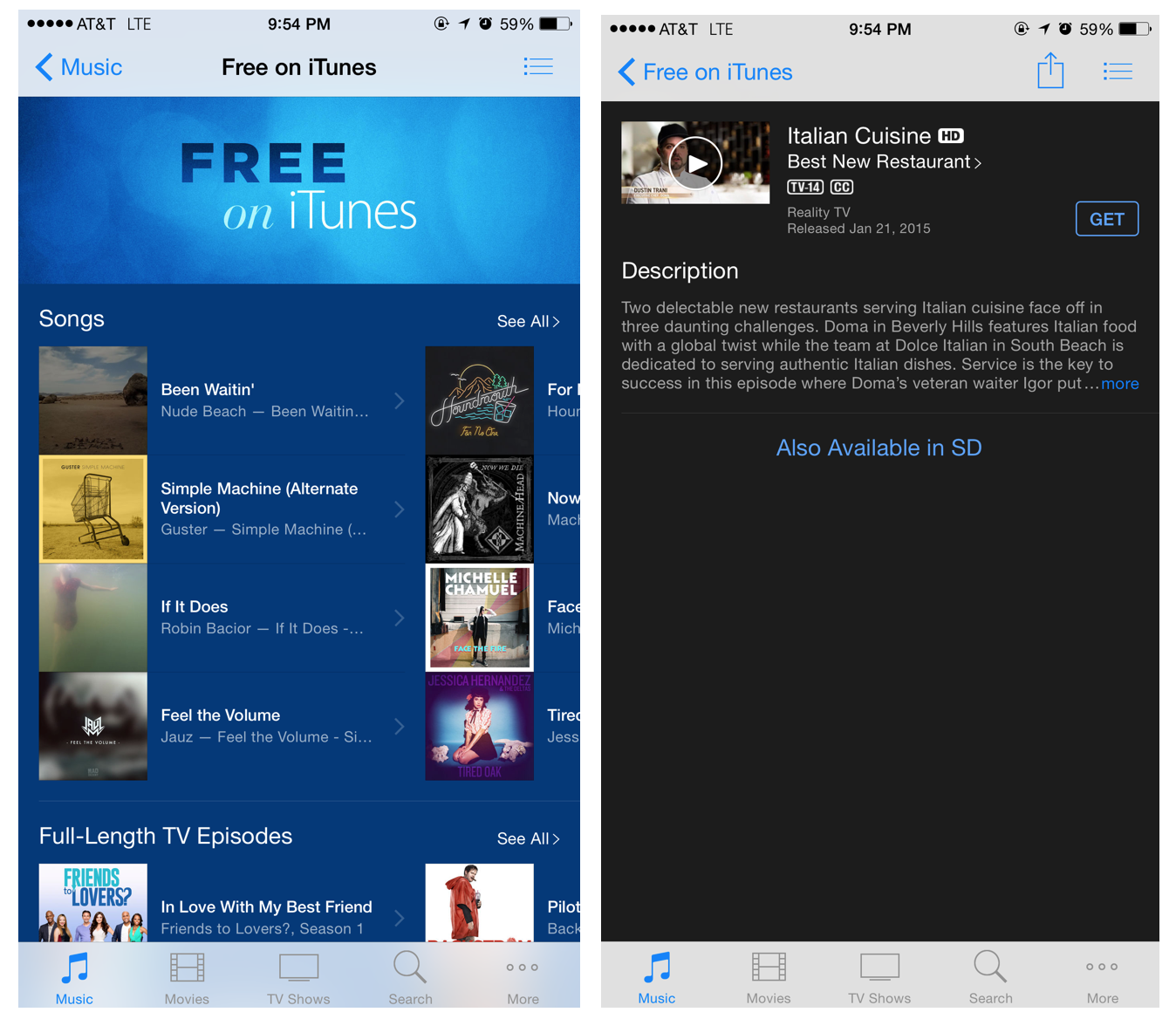 Apple has updated its iTunes Store app on iOS and desktop in the US with a new “Free on iTunes” section found on the homepage to help users find content without having to spend money.

As the name implies, the “Free on iTunes” tab shows music and full length TV show episodes that can be downloaded free of charge. 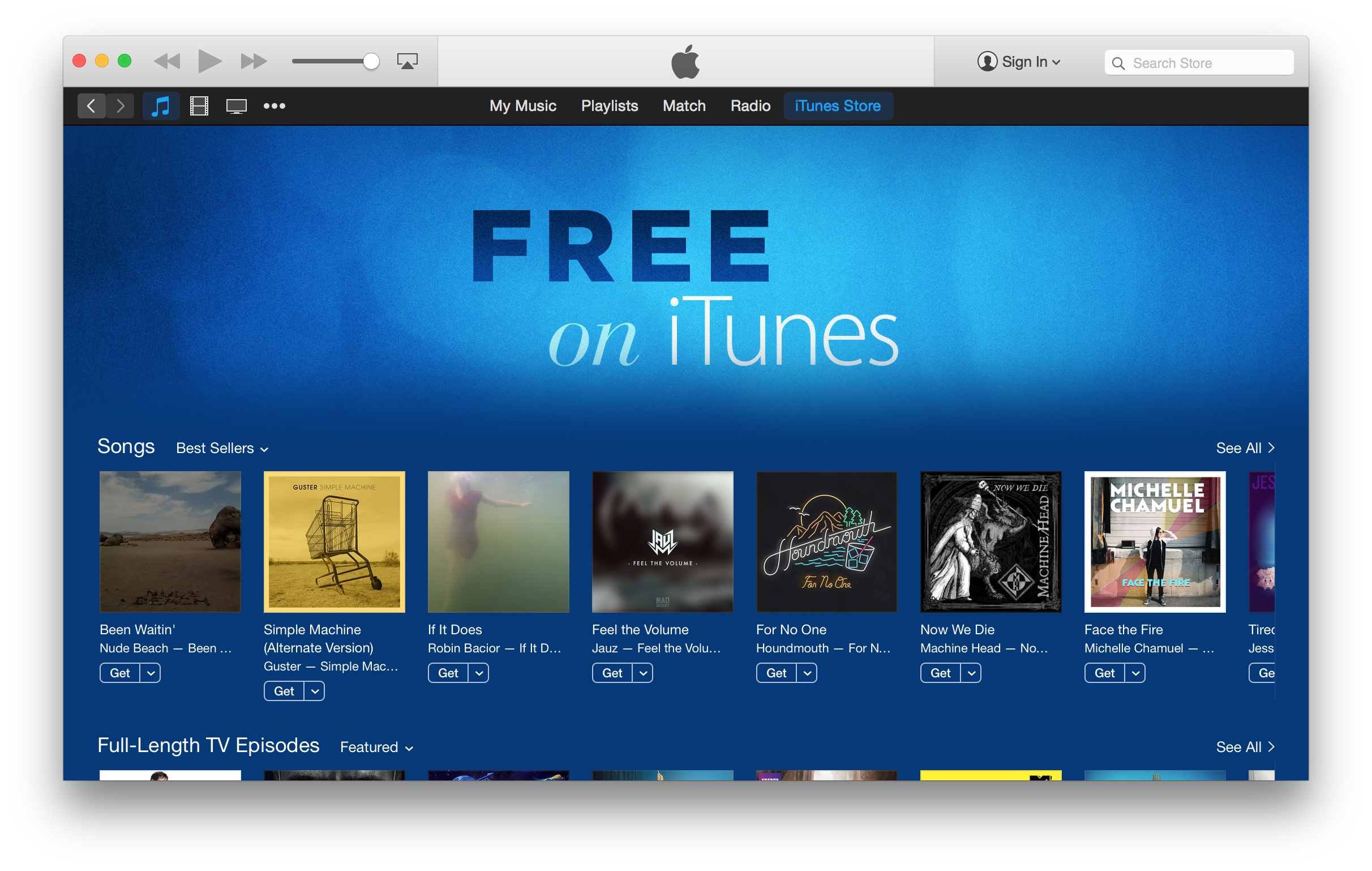 The “Free on iTunes” section comes at a time when Apple’s been scaling back the amount of free content made available on iTunes. Earlier this month, the company stopped its “Single of the Week” promotion that launched a decade ago, back in 2004 (three years after the launch of the iTunes Store).

Furthermore, it got rid of its 12 Days of Christmas promotion in 2014, with a theory that new retail head Angela Ahrendts is behind the discontinuation of the giveaway. Apple also chose not to discount any Macs, iPads or iPhones for Black Friday, which she may have had a part in as well.

So far, we’ve only been able to confirm the presence of this new section in the US iTunes Store, but it could make its way across local stores around the world in the near future.

If you’re looking for new iTunes content, the “Free on iTunes” section may be worth checking out.