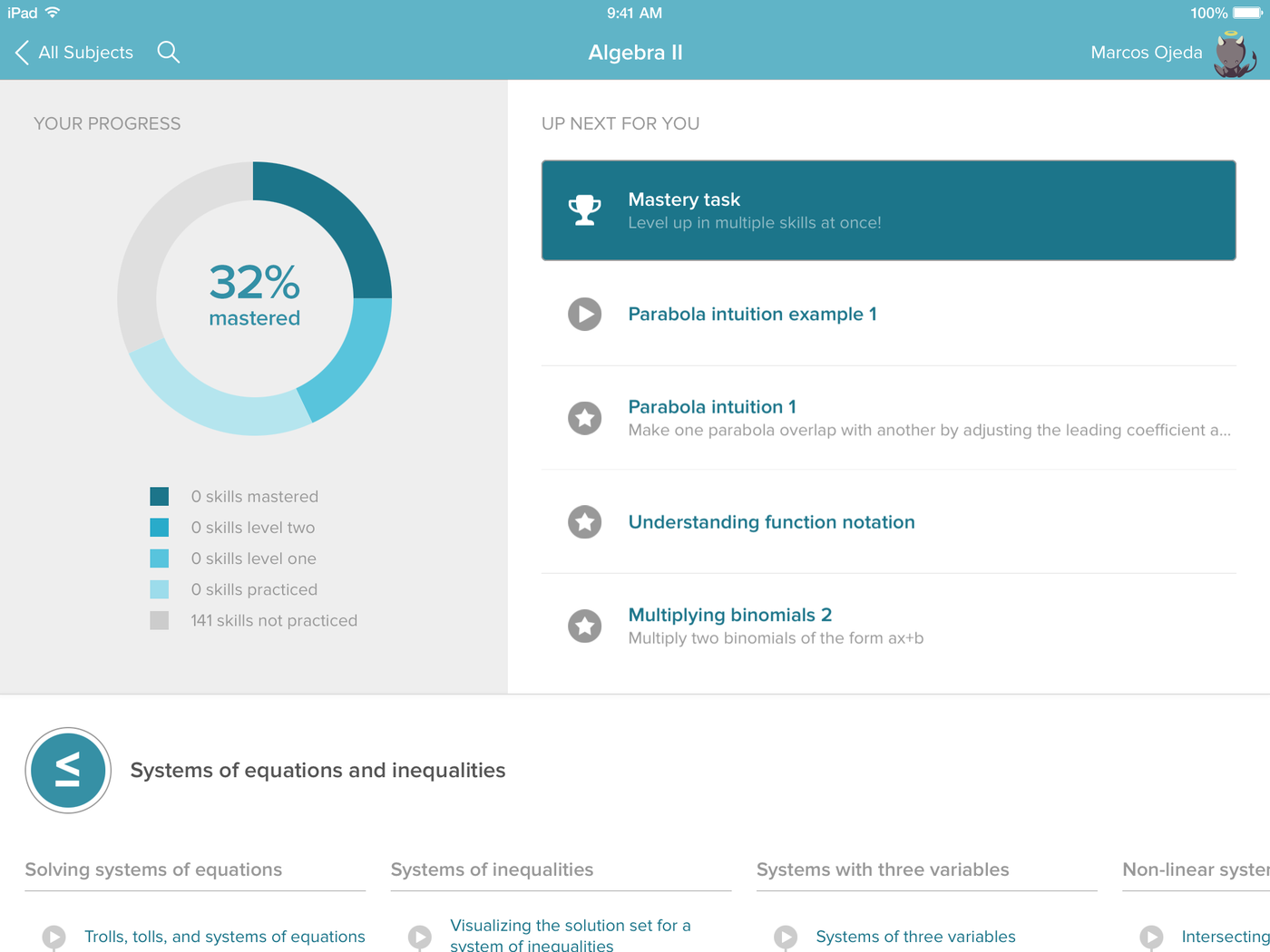 Khan Academy, often called the go-to place for online learning, has finally launched on the iPad to provide its education tools to students, and really anyone who wants to learn the material from a 10-inch screen.

The non-profit has had an iOS app since 2012, but now has launched a completely redesigned iPad app that features 150,000 learnings exercises, so users can launch them natively instead of having to pull up a webpage.

Exercises include instant feedback and step-by-step hints, along with handwriting recognition thanks to the same technology that powers MyScript MathPad. Exercises can be narrowed down to recommendations offered by the app based on the level of your math skills, and the app lets you write down notes in the built-in scratchpad.

Your progress within the app “auto-magically” syncs between your iPad and khanacademy.org, so your progress and recommendations are always up-to-date so you can pickup where you left off. Furthermore, Khan Academy 2.0 also includes full resolution support for iPhone 6 and iPhone 6 Plus, where you can view 5,000 education videos, along in-depth articles in math, economics, and even the humanities with playlists on art history, civics, finance, and more.

“Speed was a big focus of this release for us — to get to content currently sometimes take up to seven taps to get to what you’re looking for,” Matt Wahl, Product Director at Khan Academy, told The Verge. “Now, we’ve managed to put all content two taps away.”

The 150,000 learning exercises will stay exclusive to the iPad for now, as Khan academy believes it’s the best platform to learn on.

AT&T announced that it’s contributing $2.25 million to Khan Academy “to enable anytime, anywhere learning for people across the world.”

You can download Khan Academy for free from the iTunes App Store.

Source: App Store via The Verge