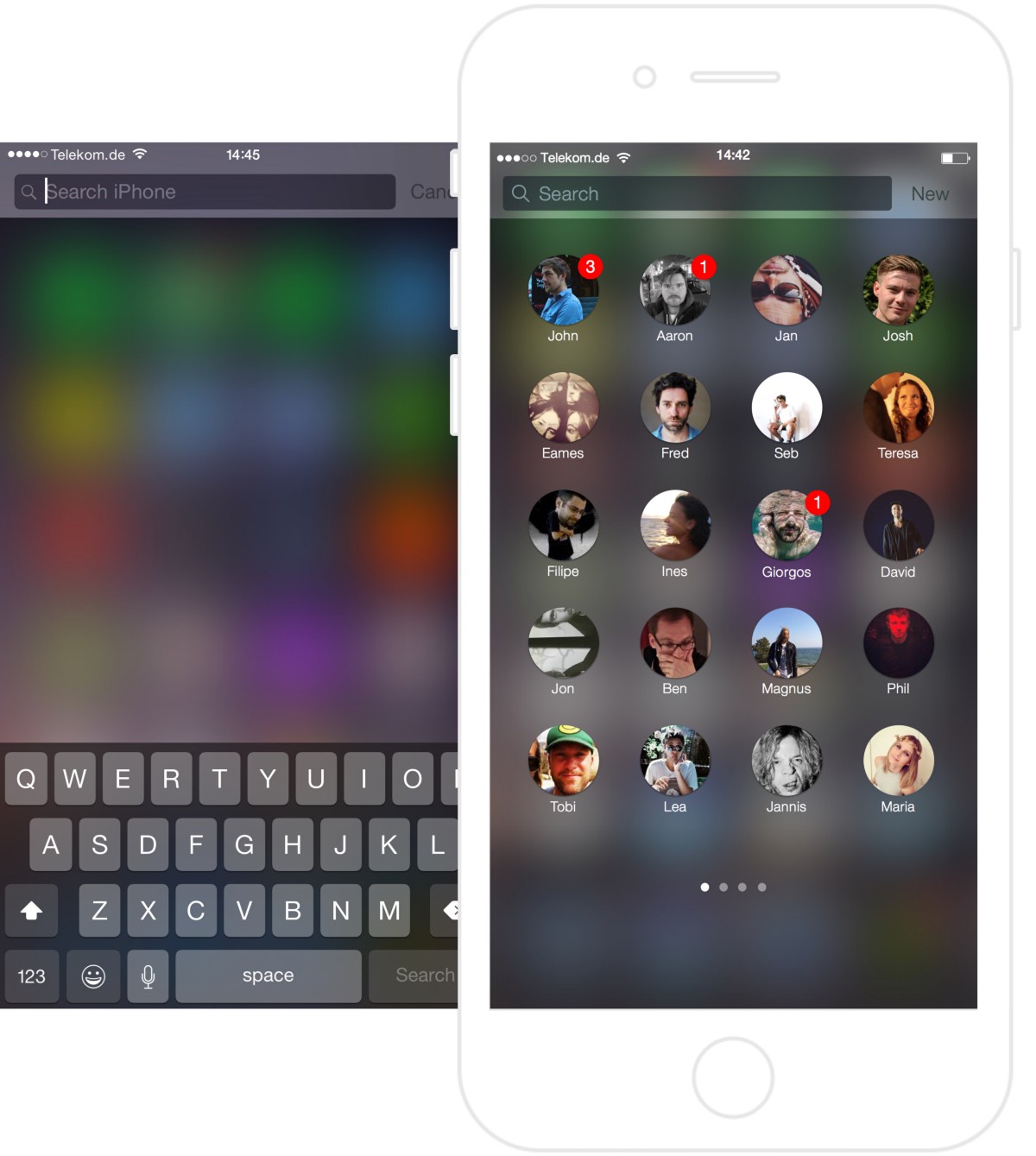 I’m very displeased and unhappy (and I’m putting it mildly) that innovation in the iOS Contacts department has stalled out.

Argue as much as you want, but there’s no denying that integration of contacts in Apple’s mobile software is a convoluted mess, one that lacks consistency and completely eschews any reasonable expectations of a unified communications solution.

Product designer Frank Costa felt the same way so he went about creating a smart concept that tries to reimagine the address book experience on iOS, by envisioning an Invisible Address Book of sorts.

The ideas he proposes are quite intriguing. His Medium post, for example, describes profile pictures of frequently accessed contacts right in Spotlight for effortless one-tap interactions. From there, a list of apps that use your address book would be one swipe away, along with a handy log of your interactions with a friend.

As shown above, pulling down on any Home screen to invoke Spotlight would now produce a list of the people you talk to frequently. A simple tap on Spotlight’s search field at the top would bring up the keyboard allowing you to search your iPhone instead.

Next, friends as bundles of apps. 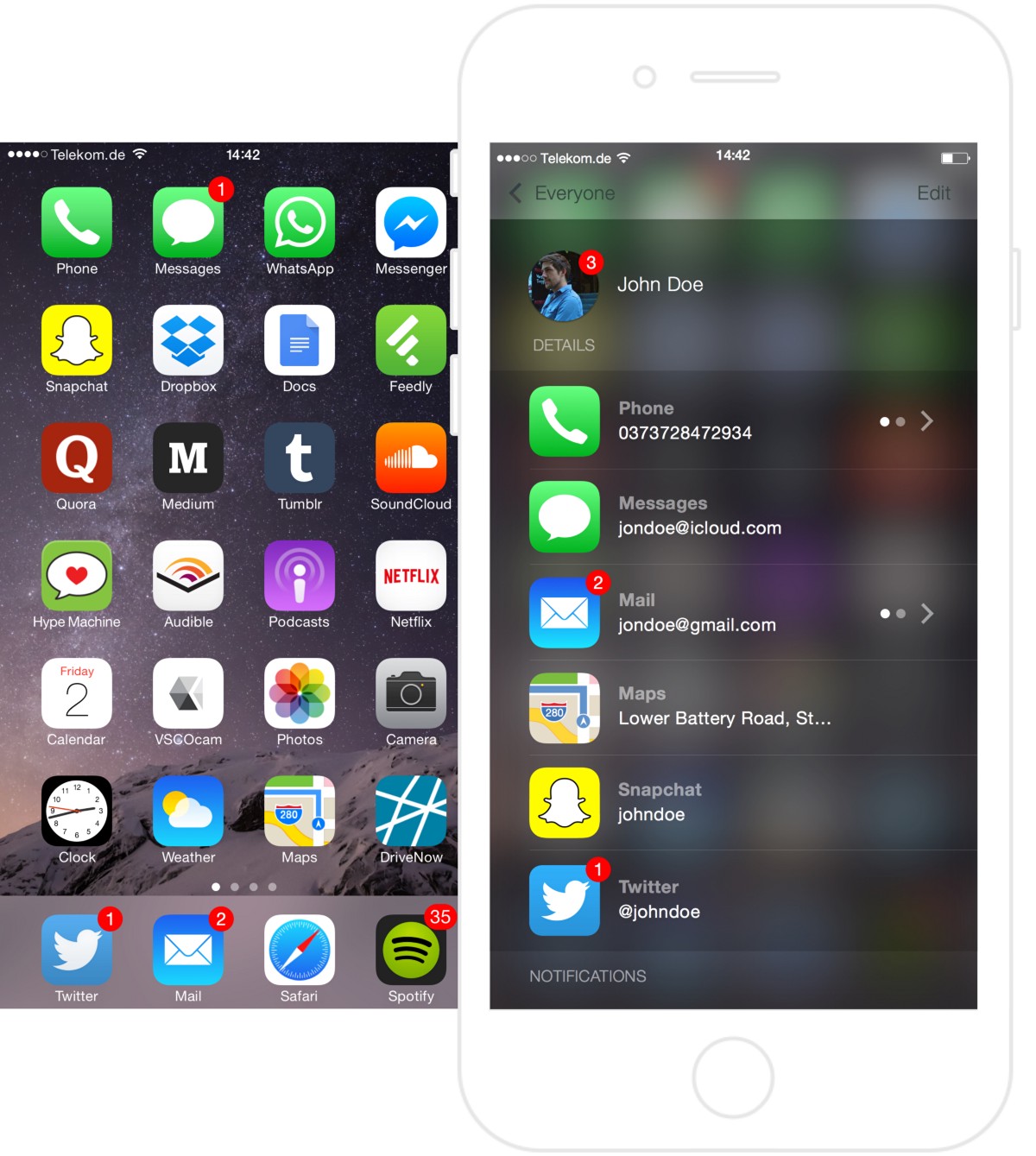 Tapping on a friend’s face in Spotlight would take you to a list of apps that have recently interacted with that contact. The usual contact details are still available, requiring an additional tap on a friend’s profile image at the top.

Finally, Costa is throwing a cherry on top with a log of the user’s communications with any given contact. 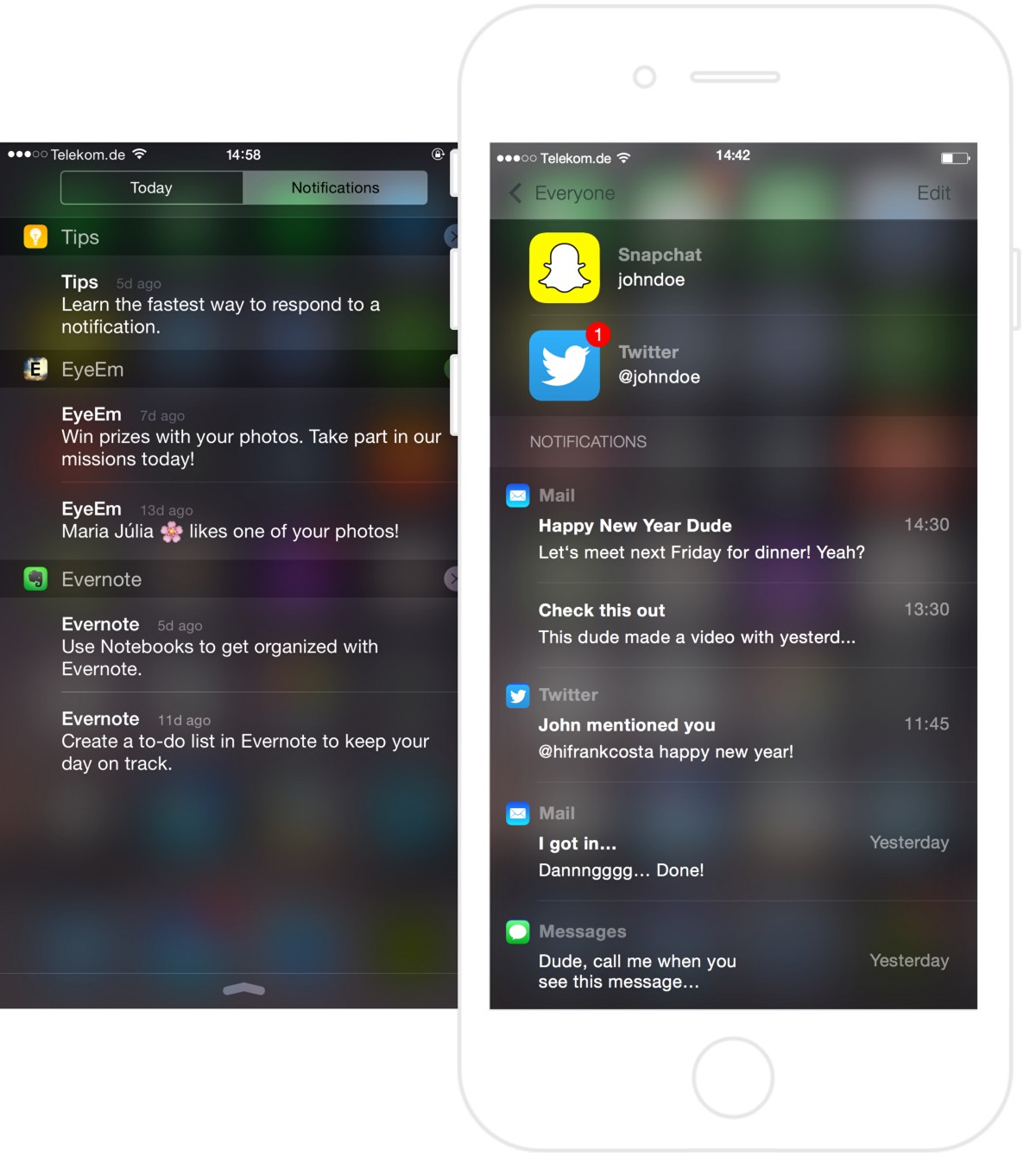 In his mind, a people centric Notification Center would serve up a history of communications you’ve had with that person based on apps you’ve used to interact with them. As illustrated above, you’d be informed of individual interactions via standard notifications, with a finer granularity on a per-app basis.

“Meaning, when I‘d want to easily find that email or that Instagram mention from last week, this would be the place,” he wrote. 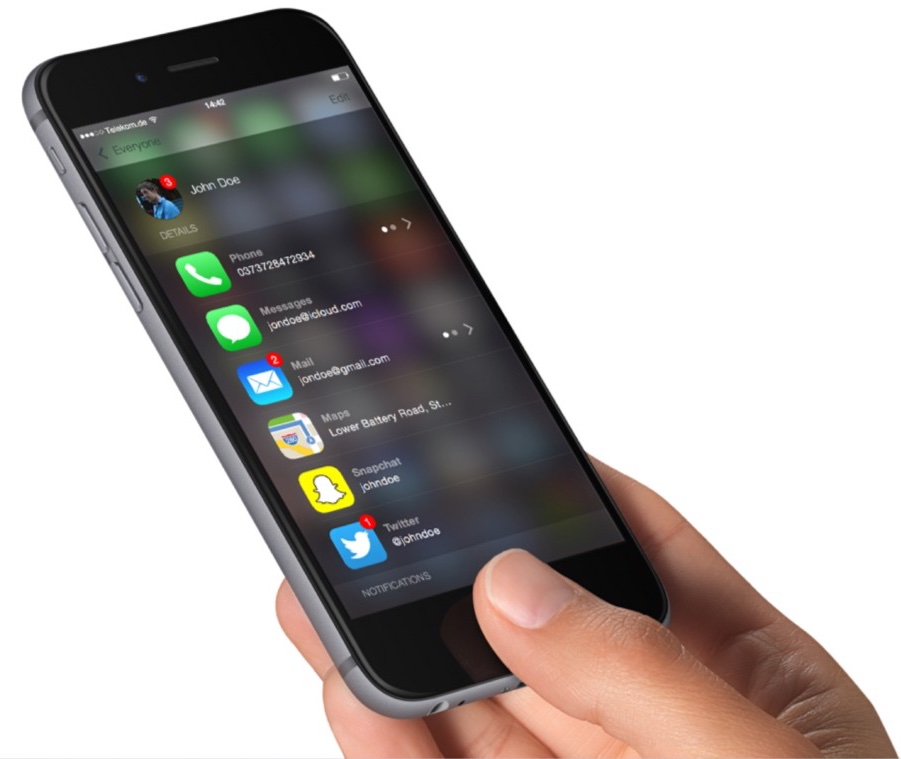 Admittedly, pulling it off would require a much deeper integration of social services with iOS that would need to go beyond any current custom field in the Contacts app for stuff like Facebook, Twitter, LinkedIn, Flickr and other social profiles.

I’m not sure if such thorough rethinking of iOS Contacts would be feasible without new APIs developers would depend upon in order to create messaging experiences (and I suspect developers like Facebook would never play ball).

If webOS has taught us anything, it’s that rich integration of contacts and social interactions on the OS level can yield powerful benefits and help turn those big ideas of unified communications into a reality.

At any rate, I don’t think anyone would disagree that iOS’s implementation of contacts management leaves a lot to be desired.

What are your gripes with contacts in iOS?