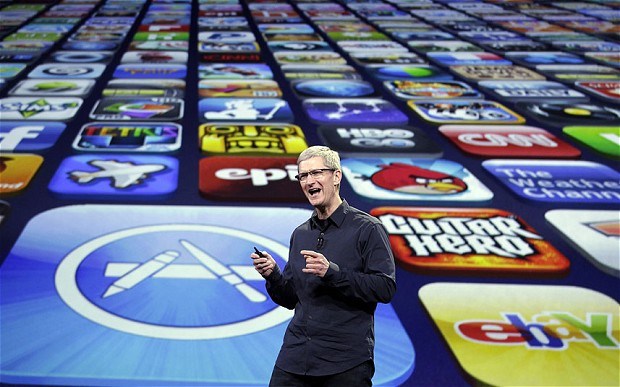 “Set children loose in wondrous worlds designed especially for them,” the “Games for Kids” category description writes.” From cute puzzlers to accessible tower-defense games, our selections are perfect for a wide range of skill levels and interests.”

The App Store category is split into different sections by age: “Ages 5 & Under”, “Ages 6 – 8”, and “Ages 9 – 11”, listing more in-depth apps as the age gets higher. Apps include Color Zen Kids, Little Galaxy Family, and Club Penguin, among others. 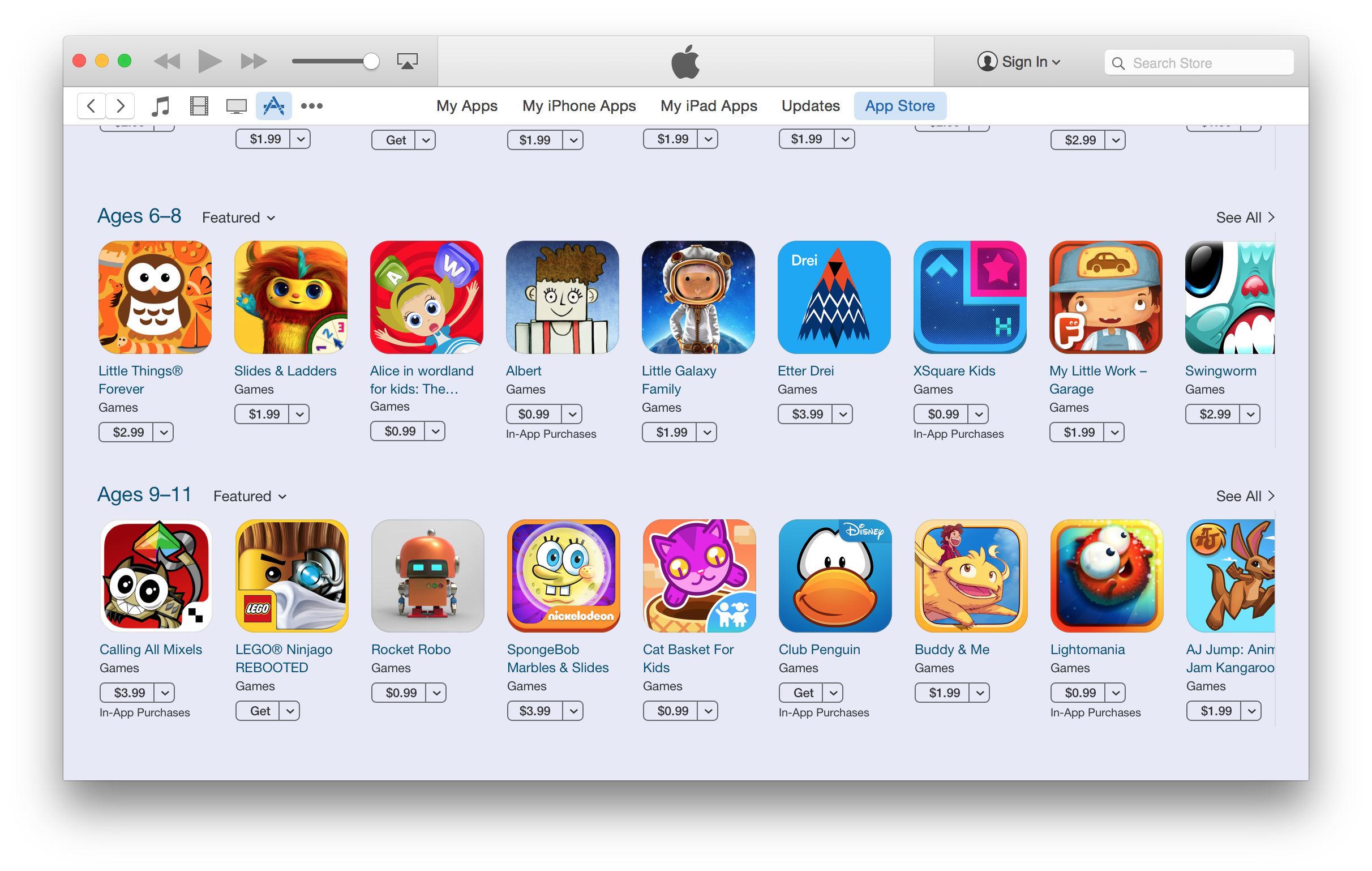 At the top of the category, Apple lists an iBook called “Family Time with Apps”, before any apps are viewed. “Family Time with Apps is designed to help parents better understand the variety of ways that apps can support children’s healthy development and family learning, communication, and connection,” the ebook by The Joan Ganz Cooney Center writes.

The “Games for Kids” section category seems to be Apple’s one place parents can download apps for their children, with specific uses in mind from learning to entertainment. Or it could just be Apple’s way of getting them addicted young.

Apple previously had a kids section in 2013, but this appears to be a more revamped version reflecting Apple’s new in-app purchase advertising. It doesn’t appear on the App Store’s main page.