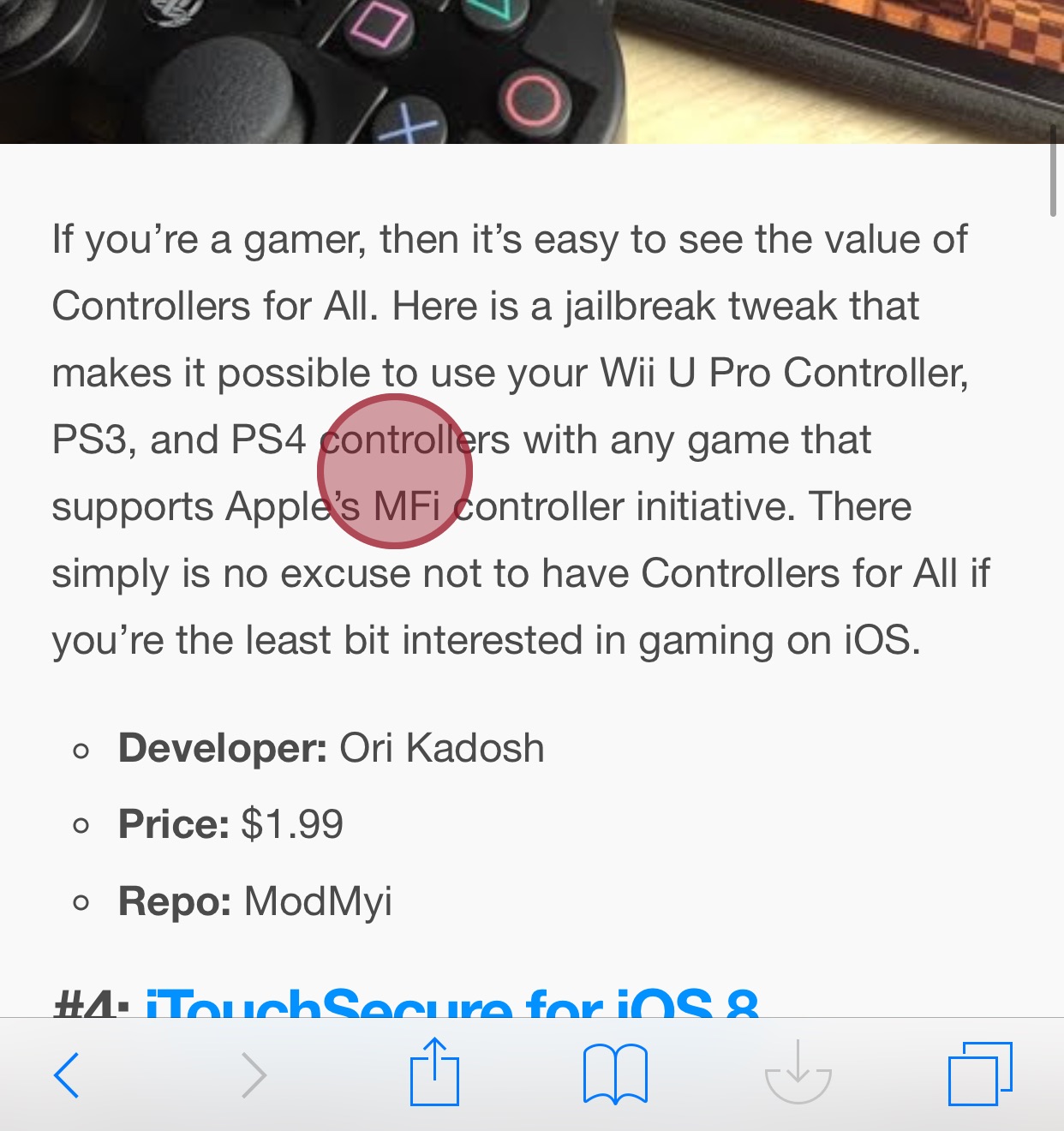 The concept of Flick Scroll is a great one: being able to use a simple flick gesture on a scrollable view to align the page exactly where you want it. If you’ve ever been reading a long article on Safari or any other app with a scrollable view, perhaps you’ve struggled trying to keep the text aligned in a manner that makes consuming the content less arduous. That, in theory, is what Flick Scroll aims to accomplish, but the jailbreak tweak, which just appeared on Cydia’s BigBoss repo, isn’t quite ready for primetime.

Once Flick Scroll is installed, open a page that contains a scrollable view. This can be an RSS reader, Safari, or any other type of scrollable view. Now flick the page starting from a part of the screen where you want the page to stop. The tweak is designed to stop at the spot where you initiated the flick.

With normal iOS fluid scrolling, there’s no way to have the page stop on a dime in the desired place. Flick Scroll aims to implement a way for reader to have more control over scrolling. If the tweak worked perfectly, it would be helpful in helping reader align a page to an exact spot with effortless ease.

Developer of Flick Scroll, Matthew Huusko, has included a very good video demonstrating how the tweak should ideally work. Although Flick Scroll doesn’t exactly meet the standards set out in that video demo, it aspires to do so. With that in mind, here’s hoping that Huusko can push the tweak closer towards the concept video in future updates.

Flick Scroll does contain a two finger option, which forces the flick scrolling to only work when two fingers are used to scroll. I found the two finger option to be difficult to use, as the page zooming kept interfering with the scrolling. I also noticed that if you scroll to the top of a scrollable view continuously, it will “loop around” to the bottom of the view in what is definitely a bug.

At the end of the day, Flick Scroll is an uber-promising tweak with a lot of potential to improve the iOS reading experience. That said, it’s definitely not there as of yet, and I recommend holding off until the tweak receives an update or two.

You can find Flick Scroll on Cydia’s BigBoss repo for $1.49. What do you think about its potential? Are you seeing it?