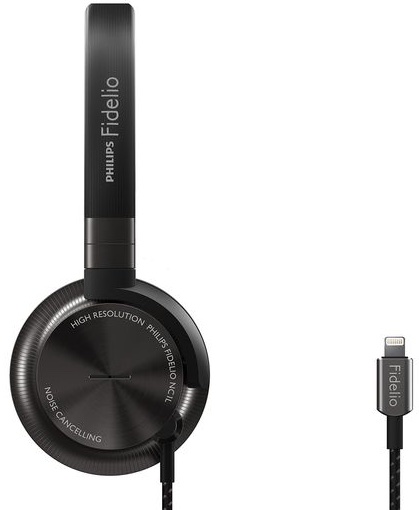 As The Verge reported Thursday, Consumer electronics maker Philips took the wraps off its new on-ear headphones that don’t have a built-in battery, instead drawing power from the Lightning port of an iOS device.

The Fidelio NC1L features noise-cancelling technology which uses four different microphones to suppress background noise. Audio quality is improved further thanks to the use of Philips’s own integrated 24-bit digital-to-analog converter instead of the one built into iOS devices.

Another nice-to-have: the Fidelio NC1L lets you optionally enable a mode that lets in ambient noise to improve safety. This will be useful when listening to music while on a bicycle ride, which is prohibited by law in some countries.

A second noise suppression setting is available for making phone calls. Because the headphones are Lightning-powered and don’t require any batteries, they’re lighter and more compact compared to similar on-ear headphones by other vendors.

The headphones are priced at $299 and will be hitting North America “soon.”