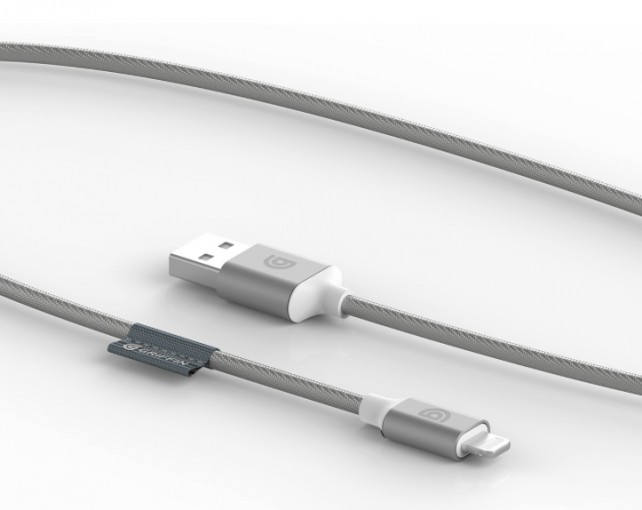 With CES 2015 winding down, accessory maker Griffin has unveiled a $29.99 Lightning cable with a reversible USB connector, allowing users to plug in the USB portion of the connector on either side.

While a bit pricier than other Lightning cables out there (Amazon has one for $11), Griffin’s solution does away with any need to fumble in the dark to plug in the USB – something most iPhone users have experienced. Griffin says its “Premium Braided Lightning Cable” has even been approved by Apple, and is available in different colors to match your iPhone or iPad.

Griffins accessory comes after rumors ran rampant in 2014 that Apple was set to release a reversible USB cord of its own. In August, Moca.co said it works with an unnamed manufacturer Apple orders its Lightning cables through, and while the manufacturer has prototypes of the new technology, it has not been put into mass production like some have theorized. Sonny Dickson was the first to start the reversible trend.

The company hasn’t given a release date for its Lightning cable.

Griffin also took the show to announced the LightRunner neoprene armband, which will offer built-in LED lights to give runners higher visibility in the dark, for $39.99. Lastly, CarConnections Pack’s dual clip holds the included AUX cable and PowerJolt car charger in perfect alignment to plug into either handset – also priced at $39.99.