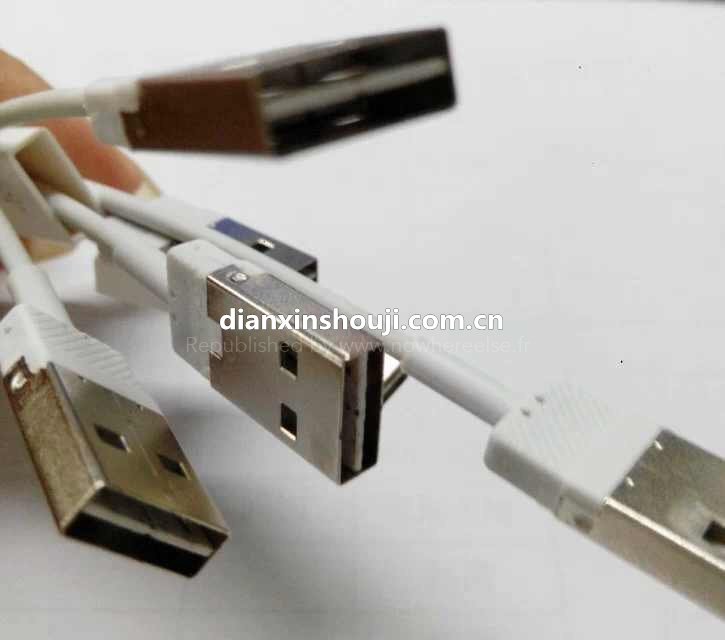 We’ve gotten pretty excited by this development as the updated standard calls for much smaller, twice as fast cables with reversible connectors that can be inserted with either side facing up, much like Apple’s own Lightning I/O.

We then heard these new cables and connectors would be arriving this summer. Sure enough, on Tuesday the group said USB Type-C connectors are now ready for production and available to PC and mobile device makers.

Coincidentally or not, Apple’s upcoming iPhone 6 and new iPads may ship with an enhanced Lightning cable featuring a reversible connector on the USB side, according to a Chinese outlet which provided photos of the new cable…

Put simply, there’s no top or bottom on the reversible cable as the plugs are symmetrical. On the current-generation Lightning cable, the USB 2.0 connector is not reversible. 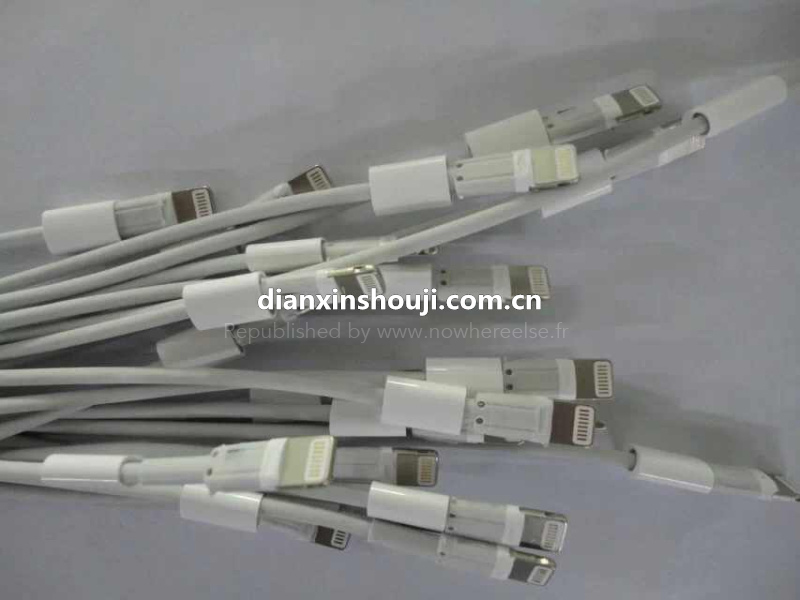 The USB 3.0 Promoter Group said the reversible USB 3.1 Type-C cables and connectors will start shipping next year, as representatives from the PC, mobile, automotive and IT industries “have been knocking down our door anticipating this new standard,” according to a media release Tuesday.

Offering data transfer speeds of up to 10Gbps, USB 3.1 Type-C also has a smaller footprint, with the receptacle opening measuring just 8.4-by-2.6mm. By comparison, these dimensions put Type-C connectors close to the USB 2.0 Micro-B standard in terms of size.

Oh, and it will provide a cool hundred watts of power. 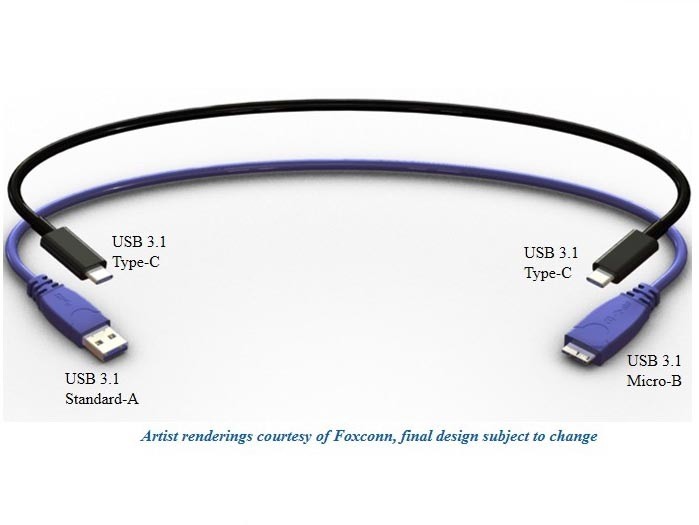 I have no doubt in my mind that a new Lightning cable is coming this Fall.

Apple is always quick to embrace new ideas, especially industry-backed I/O standards like USB. With both ends of the Lightning cable now reversible, there would be absolutely no confusion in terms of hooking up an iOS device to your computer’s USB port.

Currently, you have to connect the USB end of the Lightning cable to a Mac or PC with the right side facing up. I keep forgetting which side is up so Moore’s law unmistakably kicks in every time I attempt to plug my iOS devices into the computer’s USB in the wrong orientation.

Needless to say, Apple would need to update its entire Mac lineup with the new connector (no new chipset is needed as this is USB 3.x).

If you ask us, we might see Type-C connectors deployed on MacBooks with an upcoming low-power Intel Core M Broadwell refresh.

As for the Mac Pro, a rumored Intel “Grantley” Xeon E5 v3 update replacing the current “Romley” Xeon E5 v2 chips sounds like a nice excuse to outfit the pro desktop with the reversible connectors.