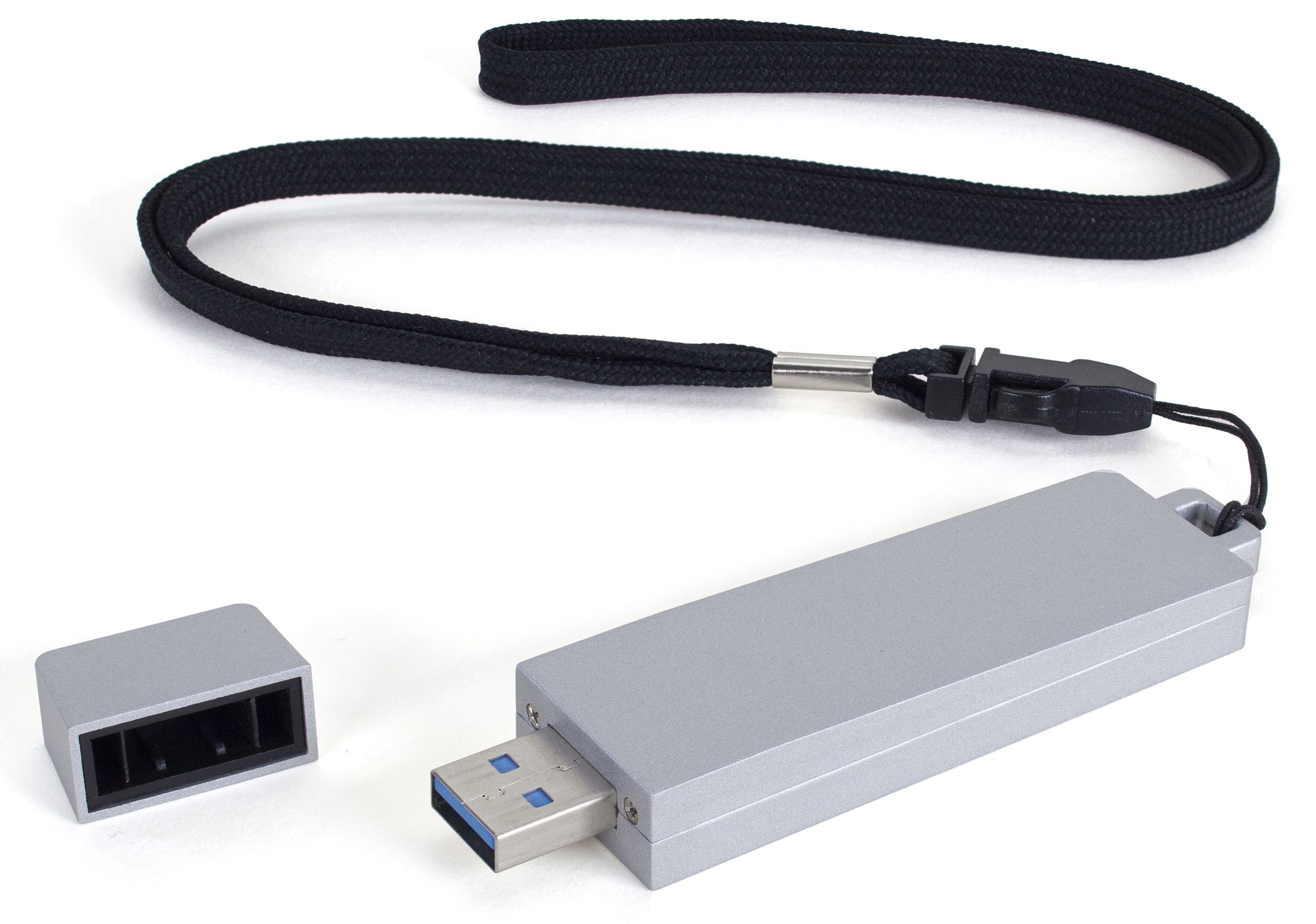 The Envoy Pro mini comes in two sizes: a 120GB variant costing $119 and the more capacious 240GB module priced at $199. A top-of-the-line 480GB variant will be arriving soon, said OWC.

As can be seen top of post, the Envoy Pro mini looks like your ordinary USB thumb drive sans a premium-grade aluminum enclosure. Becase its I/O is based on the ubiqutious USB standard, you can hook it up to any Mac or Windows PC, no need for special software.

Due to fast SSD storage inside, savvy consumers might even back up their Mac to the Envoy Pro mini or make the drive bootable and install a second copy of OS X for emergency purposes because it’s capable of achieving sustained transfer speeds up to 433 MB per second, according to OWC.

The drive won the Storage Visions 2015 Visionary Product Award for Mobile Consumer Storage. It’s backed by a three-year limited warranty and will start shipping later this month directly from OWC and select retailers.

Next up, the Transwarp software.

It’s much like Apple’s FusionDrive (available on select high-end Mac models) which combines the speed of SSD with the capaciousness of HDD by automatically moving the most frequently accessed files and applications on the faster flash storage while keeping infrequently used items on the hard drive.

An instant SSD software cache for use with any hard disk drive, Trannswarp allows you to combine a removable SSD and HDD into one logical volume. OS X sees the hybrid volume as a single drive which works with any filesystem that the operating system supports.

What distinguishes Transwarp from other solutions is the fact that it maintains a complete copy of the volume’s information on the hard drive so you can remove the SSD caching drive without damaging the hybrid volume or compromising any data on the hard drive.

It even persists when the power is turned off, said OWC.

“Once the SSD is reconnected, Transwarp seamlessly picks up where it left off,” notes OWC’s media release. “Converting a drive from Transwarp happens as quickly as it is created, returning both drives to regular volumes within minutes.”

The application will ship “later this year” and retail at a yet-to-be-determined price.

Other OWC products announced at CES 2015:

I’m really, really liking the Envoy Pro mini and wish they made a Thunderbolt version.