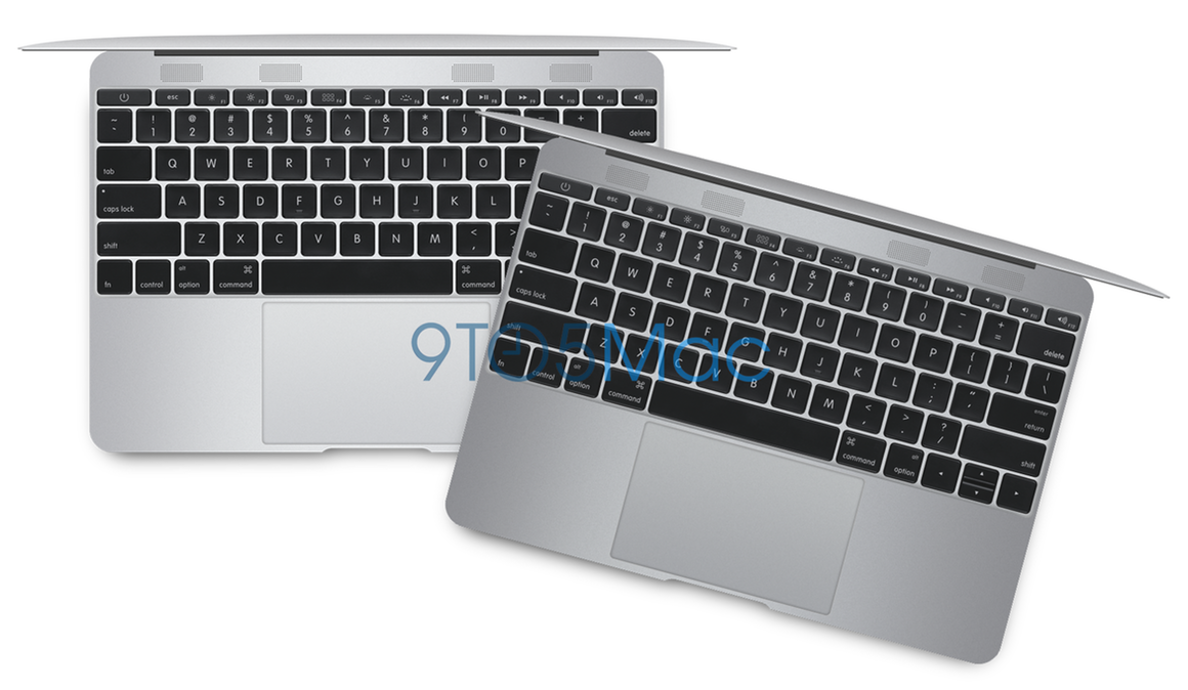 Details of the long-rumored 12-inch MacBook Air surfaced today, as 9to5mac broke specifics surrounding the device’s dimensions, edge-to-edge keyboard, and lack of traditional ports. Although the device’s screen size is larger and of a higher pixel density than that of the 11-inch MacBook Air, its dimensions are narrower than its smaller counterpart by approximately a one-fourth inch. It is, however, slightly taller due to the larger screen size, with an approximate one-fourth inch increase in height.

Bezels have been reduced around the entire screen of the device, as well as surrounding the keyboard, and the keyboard itself has been made narrower by reducing the space between each individual key. The 12-inch MacBook Air’s function keys, as well as arrow keys, have also been tweaked in order to reduce the keyboard’s overall footprint.

The device’s trackpad has seen some changes as well, with its width being close to that of the 11-inch MacBook Air, but slightly taller, stretching to almost touch the bottoms of the MacBook’s keyboard and frame. Additionally, the trackpad no longer clicks upon a physical press, which helps to make the device as thin as possible, as is Apple’s goal with this device.

The overall body maintains the tapered design of existing Air models, with varying amounts of thickness from front to back, but the 12-inch version is considerably thinner than the existing 11-inch Air. Just below the screen and above the keyboard are four new speaker grilles that work not only as speakers but also as ventilation ports for releasing heat in order to achieve a lower temperature, as the device lacks traditional computer fans.

New 12-inch MacBook Air on the left, current 11-inch Air on the right

Apple employees are said to refer to the device as “MacBook Stealth” internally, a tribute to its thinness, which is achieved in part by doing away with traditional USB ports in exchange for USB Type-C, as well as removing the SD Card, Thunderbolt, and MagSafe ports. The USB Type-C connector may actually be used to replace Thunderbolt and MagSafe, as it contains the video and power throughput abilities needed to render these technologies obsolete. In addition, USB Type-C is reversible, in a way similar to that of the Lightning connector on newer iOS devices. Although specifics may change before launch, the device appears to have as few as two external ports on its sides, including the headphone jack and USB Type-C connector, along with input and noise-canceling microphones.

Some rumors suggest that the 12-inch MacBook Air is already in production, while others leave the timeline open to somewhere in 2015. It’s possible that this new MacBook will launch alongside the Apple Watch, or its introduction may be pushed back to WWDC.