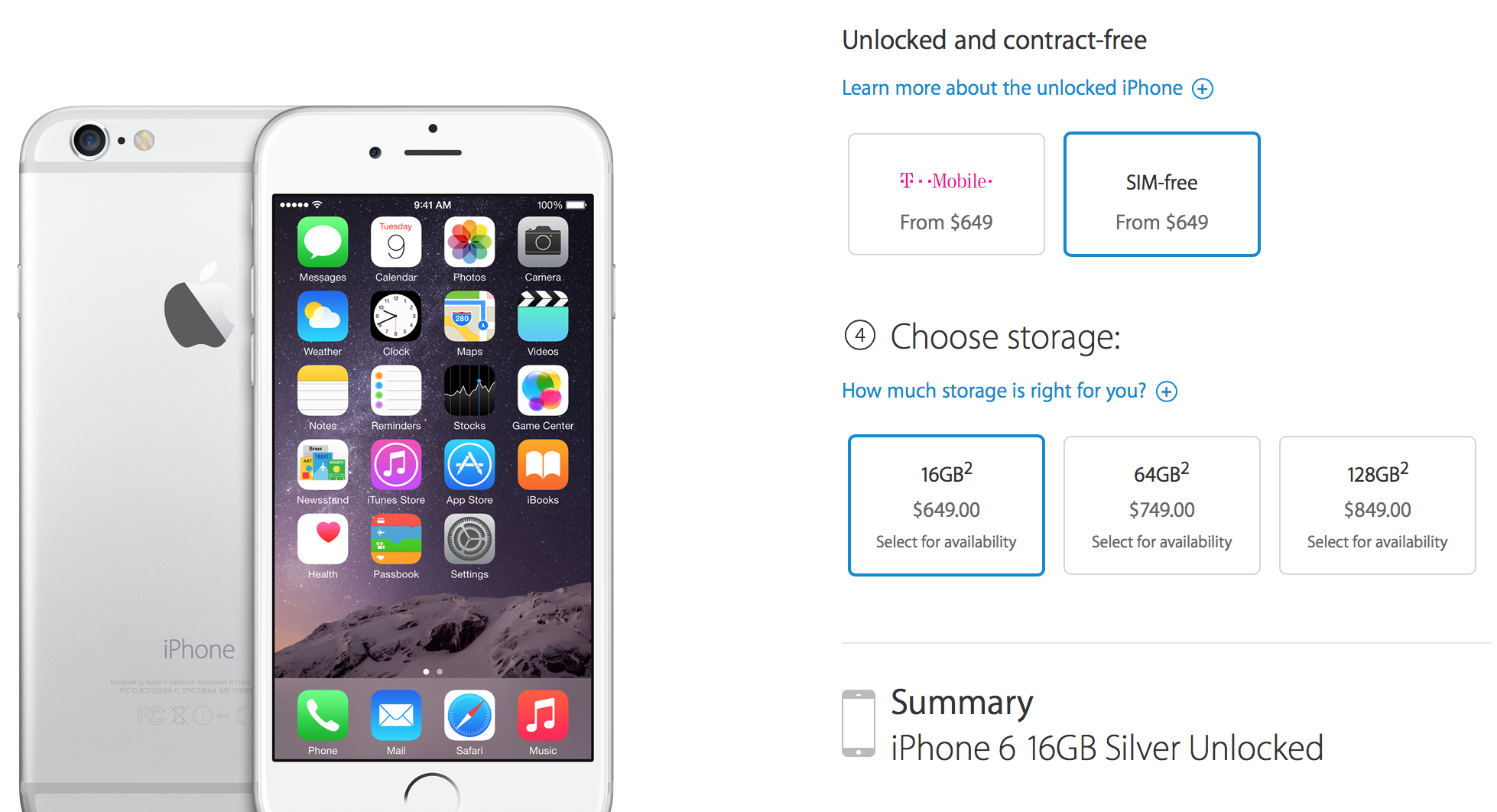 As expected, Apple has begun offering SIM-free models of its new iPhone 6 and 6 Plus handsets in the United States this morning. The company unveiled the two devices in early September, and launched carrier versions of them later that month for Verizon, Sprint, AT&T and T-Mobile.

Pricing for the new unlocked iPhones falls in line with Apple’s past behaviors, with the 16GB model of the iPhone 6 starting at $649 and each storage tier jump adding an additional $100. The larger iPhone 6 Plus also adds $100 for each tier, so the 128GB model will cost you $949.

Apple launched the iPhone 6 and 6 Plus in September of last year with larger 4.7-inch and 5.5-inch displays, slimmer casings and other improvements. The handsets have been wildly popular thus far, with supply only just now—3 months later—beginning to catch up to consumer demand.