Alcatel Onetouch, the brand for mobile phones and mobile broadband modems made by TCL Corporation and Alcatel Mobile Phones, announced at CES 2015 in Las Vegas its foray into the hot market for wearable devices.

Specifically, the firm showed off the Onetouch Watch, a line of premium-design smart watches that work with the iPhone and cost more than half as much as the Apple Watch, which will start out at $349.

Powered by the STMicroelectronics STM429 chipset and featuring the stainless steel watch face, the Onetouch Watch is packed with sensors and apps that let you monitor daily activity.

It connects to iPhones and Android smartphones and allows you to control music, take photos, receive notifications and more. Users can customize their experience by putting up to four different smartwatch functions on its screen. 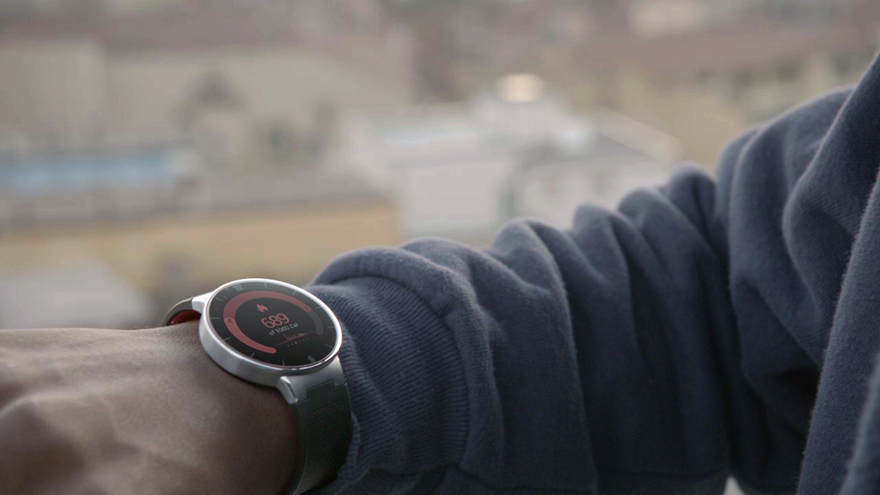 Built-in sensors include heart rate monitor, accelerometer, gyroscope and altitude meter. Alcatel underscored that it designed the Watch software to be easy to use on its tiny 1.22-inch round display.

A 210mAh battery, Alcatel said, provides up to two and a half days of run time on a single charge. As you can see below, there’s a physical power button on the side of the Watch and a capacitive back button for navigation. 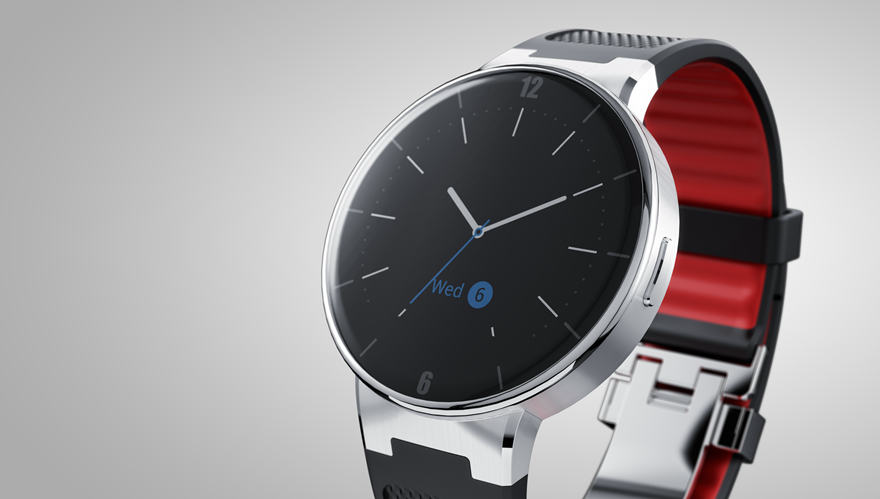 While certainly a tempting proposition for would-be shoppers, there are some downsides to low price. Most notably, there’s no an app store to download third-party applications although Alcaltel assured us that this is going to change later on. 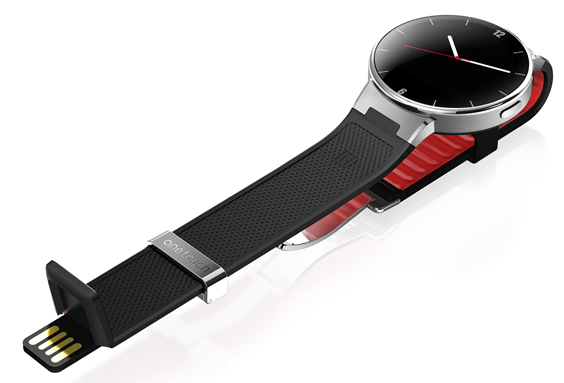 Alcatel also unveiled an OS-agnostic smartphones available on Firefox, Windows or Android in the form of the Pixi 3 series, offered in 3.5, 4, 4.5 and 5-inch variants and sporting 4G LTE connectivity (3G for the 3.5-incher).

By the way, Alcatel Onetouch has more than a hundred offices in more than 160 countries around the world. In the first nine month of 2014, their sales volume of smartphones and other smart devices spiked 162 percent on a year-over-year basis.