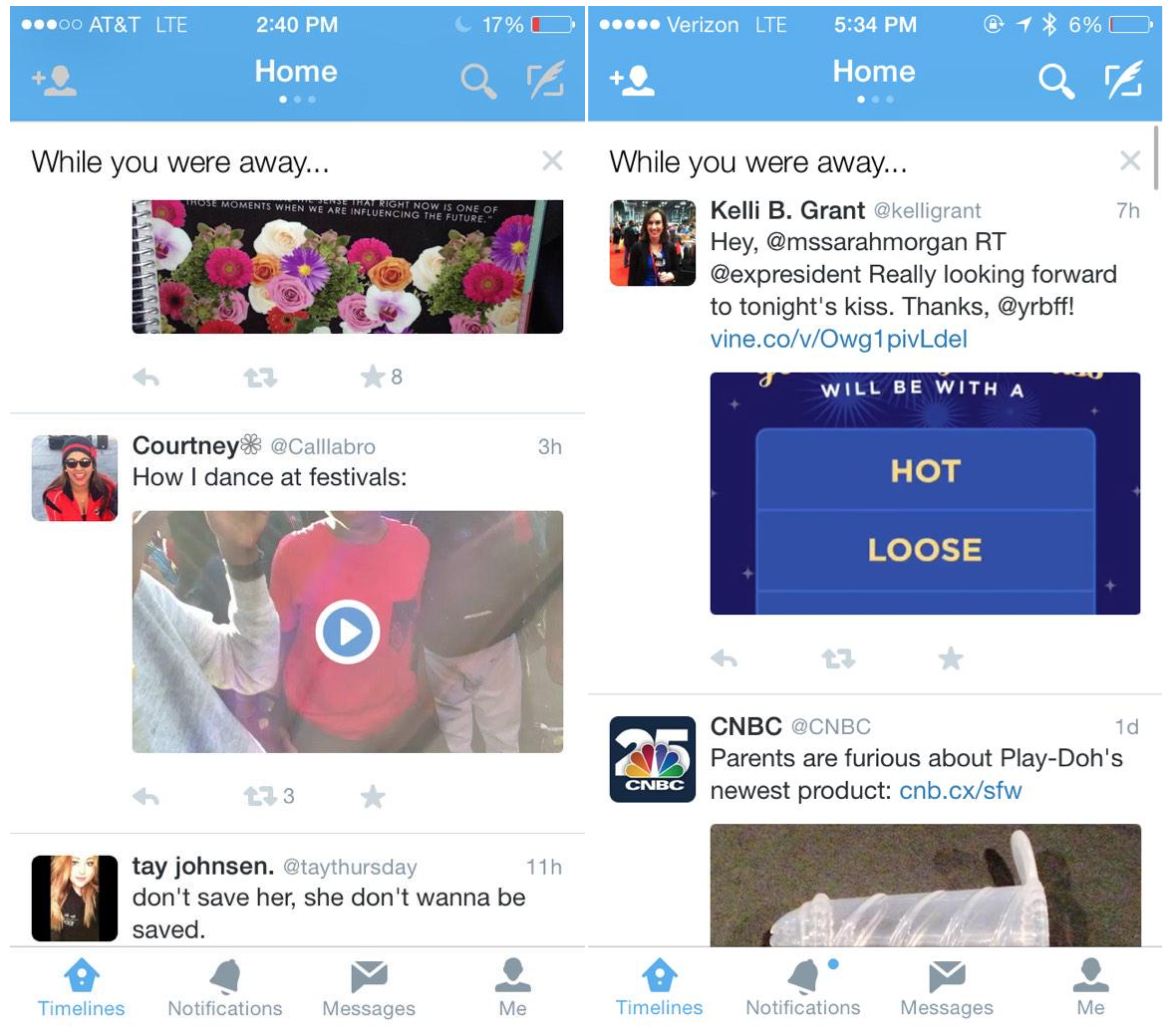 The feature doesn’t appear to be in the hands of all users yet, but a Twitter search reveals it’s rolling out – with mixed reactions from users. Twitter had previously announced the feature in November, but it’s just now hitting the masses.

“Every time you open the Twitter app, you’ll see something great,” Twitter explained. “While you were away” was announced at the same time as “instant timeline”, which is expected to arrive on the service in early 2015. The “instant timeline” feature will bring users a feed full of interesting content even if they haven’t followed anyone yet.

For the “While you were away” feature to work and not piss off users, Twitter will really have to serve up the absolute best tweets, and not garbage you don’t care about. The social network hasn’t laid out how it plans to do this, but early reactions show a mixed bag. It’s not clear if it’s based on engagement or some other type of algorithm.

“Love the ‘While You Were Away’ feature at Twitter,” @selam wrote. “Achieves its purpose without affecting real time news feed!”

Differing view entirely: “‘While you were away’? Come on Twitter…ain’t nobody got anything that important to say,” a Twitter user by the name of Swaggy D wrote.

This is all part of Twitter’s “strengthen the core” of its service. Twitter will launch more messaging features, video uploading, additional standalone apps like Vine, new ad units, and ways to get logged out visitors to join or at least earn money on them in 2015. Twitter highlighted all of this during its November call with investors.