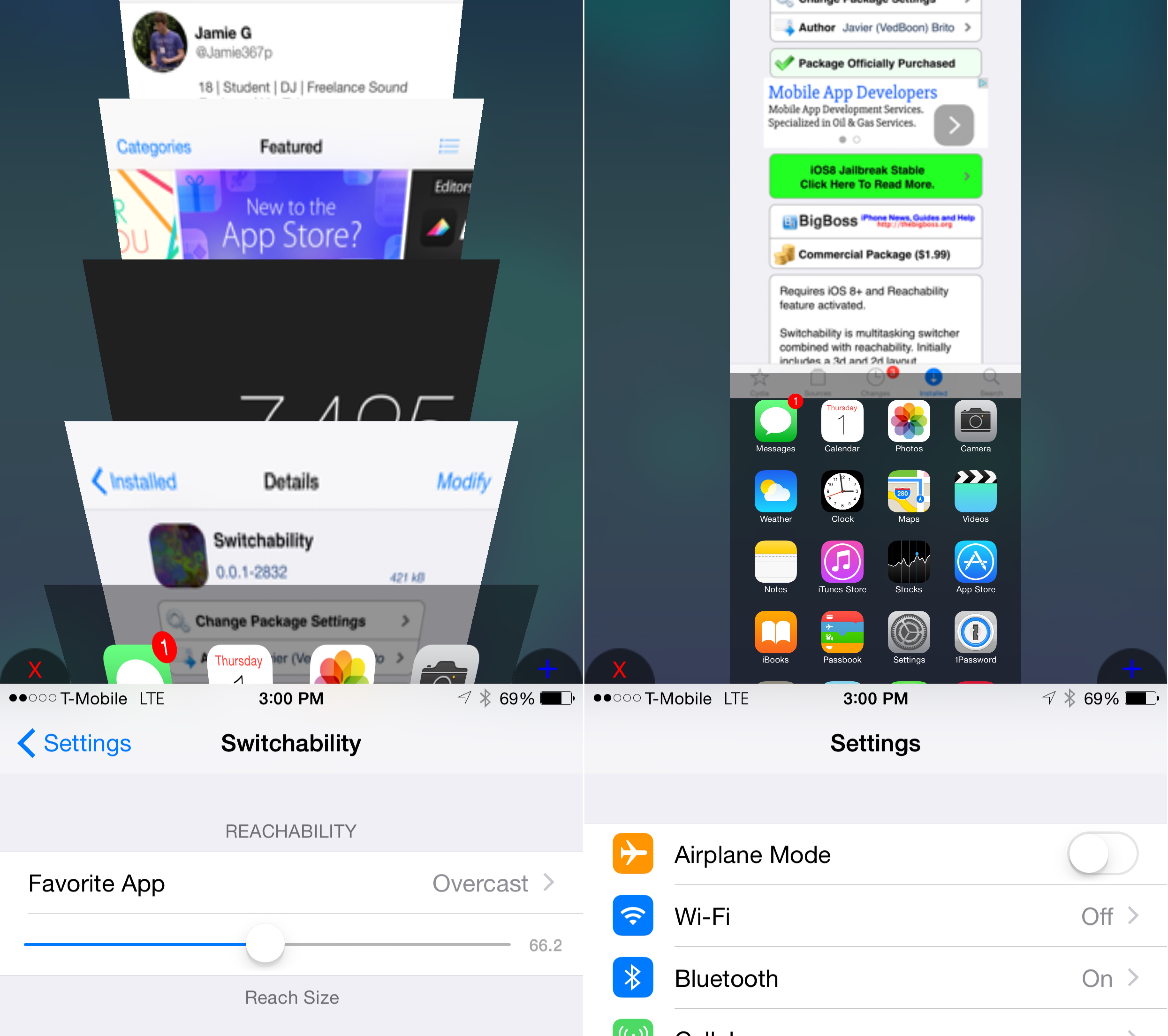 Switchability is yet the latest jailbreak tweak to incorporate the iPhone 6 and 6 Plus’ Reachability view with a jailbreak modification. In this case, Switchability places the App Switcher into Reachability view, hence the name Switchability. I’ve been testing out the tweak for a while, and what I’ve found was a great concept, but its execution needs a little work before it’s truly ready for primetime.

After installing Switchability, you’ll be able to benefit from it immediately. You will need to make sure that you have Reachability enabled via Settings → General → Accessibility, but you most likely already have this switch enabled. You’ll also need to have an iPhone 6 Plus or an iPhone 6, since Reachability is only available for those devices, although the developer of Switchability plans to add support for lesser devices in the future.

To use Switchability, simply double tap the Touch ID sensor (Home button) and you should see a 3D App Switcher that takes most of its inspiration from Safari’s tab view. You can swipe vertically through the App Switcher to see all of the previously opened and/or running apps on your device.

To switch to a particular app, simply tap on the app card found in the 3D App Switcher. You can also dismiss an app by performing a left-swipe gesture on the card that represents the app. 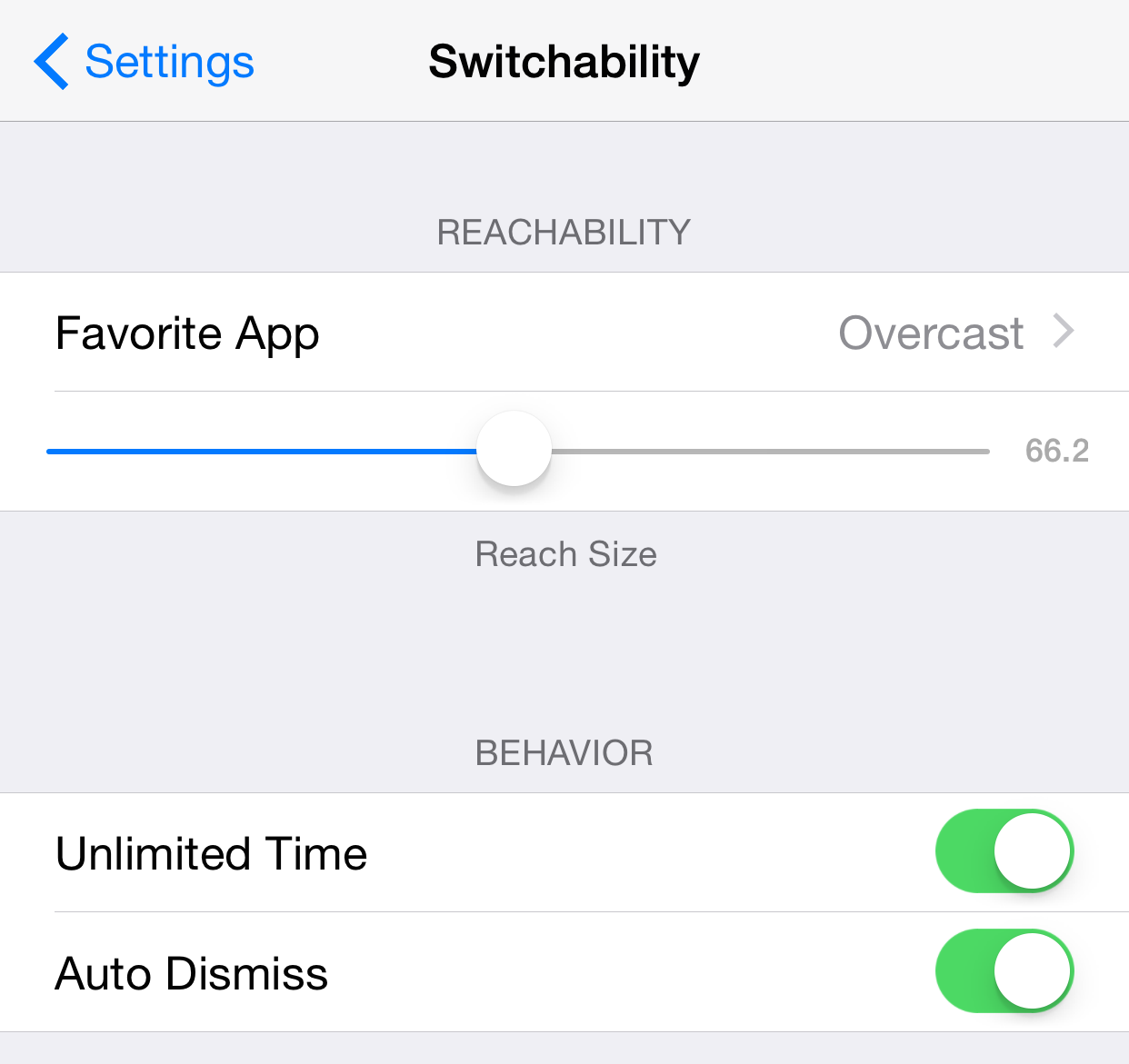 One of the best things about Switchability is the sheer amount of customization options that are available in its preferences. There, you’ll find options to change the app title fonts in the App Switcher, the Reachability view size, switch to a 2D card layout, change spacing, enable a favorite app, and more. 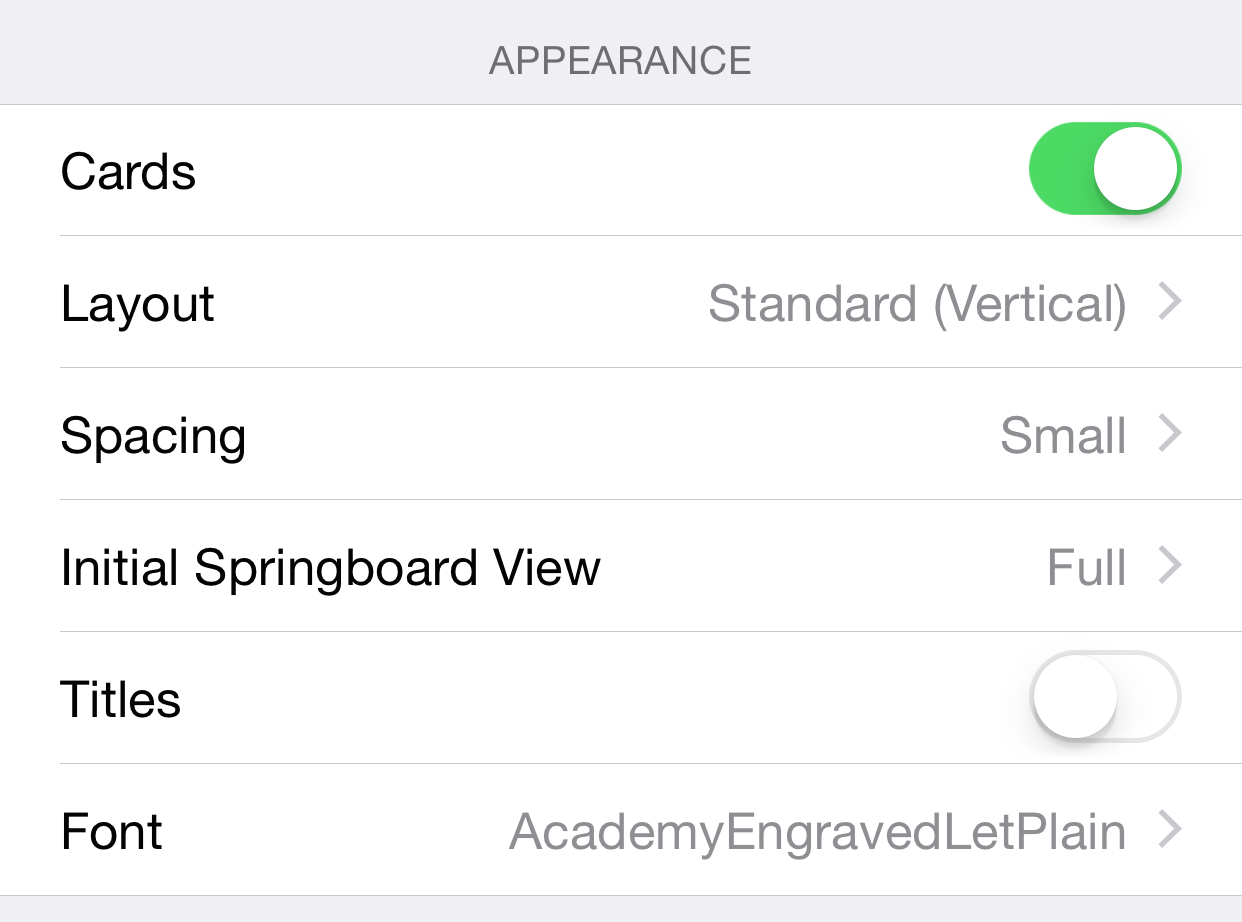 The favorite app designation is accessible via the blue ‘+’ button found in the bottom right-hand corner of the App Switcher portion of the Reachability view. It allows you to quickly access the app that you designate as a favorite at any time.

Unfortunately, this tweak can have all of the options in the world, but I still find it to be somewhart lacking. First of all, it slows down the process of switching apps due to a slight delay present most of the time when invoking Reachability view. Secondly, I find the app cards themselves to be pretty undesirable to look at while using Switchability, especially in 3D view. In what I’m guessing to be a decision based on performance, the App Switcher card resolution has been severely downgraded, which makes apps in the switcher look blurry and pixelated.

Is Switchability a good idea? Absolutely, but it needs some improvement. You can find it for $1.99 on Cydia’s BigBoss repo. What do you think?