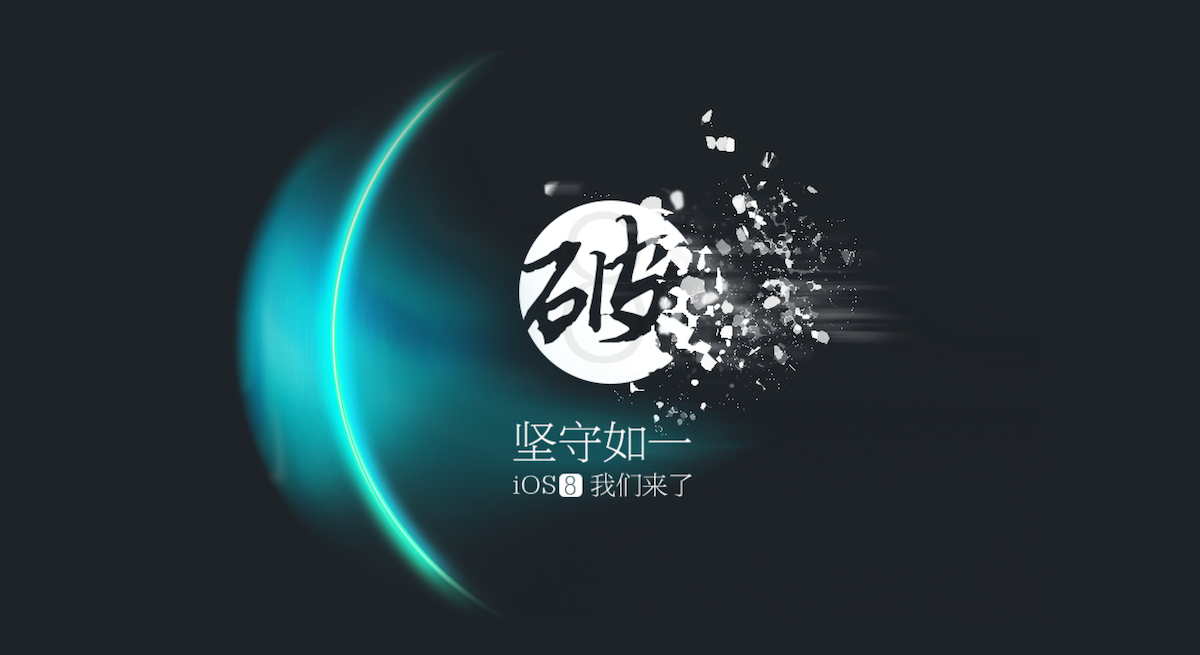 The first time we heard about TaiG was a year ago, when the evad3rs released the evasi0n7 jailbreak, bundling the Chinese installer to their jailbreak utility for users in China. Long story short, TaiG wasn’t what the evad3rs thought it was, as it was clearly an installer that facilitated piracy. A backlash followed, which led to evad3rs unbundling TaiG from their tool. But it was too late. Damage was done. Reputation was tarnished. TaiG then stuck in our heads as the embodiment of piracy in a country we culturally don’t understand.

Fast-forward to November 2014 and the unexpected release of the TaiG jailbreak for iOS 8.1.1. It came out of nowhere and surprised everybody, and despite the sour taste TaiG had left in the community a year before, we were all quick to forget all about it. For most people, having a jailbreak for the latest software version was all that mattered.

We reached out to the TaiG jailbreak team, comprised of a single member, and tried to ask those embarrassing questions. As you can see below, the answers are short and don’t address the main points, usually avoiding the question altogether. Besides a few elusive replies to important questions, we do get a few interesting answers about the future of the TaiG jailbreak.

Note that some answers were very slightly edited to correct gross grammatical errors in order to provide a better reading experience. Sentences were not rephrased in any way though.

Who is the person answering these questions? Can you please tell us what your role is and your involvement with TaiG?

I am XN and TaiG was developed by me.

Where did the name TaiG originate from and how is it pronounced?

TaiG originates from ancient Chinese philosophy and is pronounced “Taiji” in Chinese.

It is my understanding that TaiG is very popular in China, but here in the US, it’s a little unclear what TaiG is or does. Can you please explain?

Twitter could tell you there are more and more people in the US who know about TaiG. After the TaiG Jailbreak release, hackers have noticed and discussed about it, and then we were quite pleased to receive your interview invitation.

When I first said that TaiG wasn’t popular here in the US, I meant TaiG the company, not TaiG the jailbreak, which is obviously extremely popular right now. This being said, who is the company behind the TaiG jailbreak and what does it do?

TaiG Jailbreak is a simple Jailbreak Team, and has cooperation relationship with only one company now.

It is our understanding that TaiG facilitates piracy. How do you feel about that?

The purpose of Jailbreak is to get more freedom for users.

Do you think that Chinese hackers have gotten a bad reputation when compared to American hackers?

No idea where this comes from. As a Chinese, no such feeling.

What can you do to reassure jailbreakers that your tools are safe?

I have no reason to develop unsafe tools, people would find out. And we want to build a reputable brand so we would not ruin it.

Have we seen a paradigm shift in jailbreaking? Do you think that jailbreaking will be under Chinese leadership going forward?

I did use some special thoughts to complete TaiG but it should not be “Paradigm Shift”! It is quite possible since I am one of them!

To give users more freedom to use iOS for sure.

What are the financial benefits of the jailbreak for you? How much money do you make from TaiG, and is that your primary motivation?

No financial repercussions for me. I would not take it as a motivation.

You mentioned having plans to work on a Mac OS X version of your jailbreak tool. Have you started working on it? Do you have an estimate as to when it could be released?

We have started already but we’re short of people, so no accurate release time yet.

Apple recently released iOS 8.2 beta 3. Are you confident your tool will be able to jailbreak this software?

Do you feel confident about the future of jailbreaking? Do you have exploits you haven’t used yet that could be used for a future software version?

Do you have a relationship with Pangu Team? Have you been in contact and plan on working together at some point?

Before the Jailbreak for iOS 8.1.1 was released, we had no contact with Pangu, but we are looking forward to the cooperation opportunity in the future.

Who is the person responsible for the TaiG jailbreak? Can you tell us his name and some information about him?

I am the person, and my name is XN.

Did you work on the jailbreak on your own, or did you get help from other people?

When evaders released evasion7 last year, they reportedly had a deal with you. Can you please tell us what were the terms of this deal and why it didn’t work out in the end?

We had a cooperation, not a deal. Too many pressures lead the cooperation to the end.

We have been preparing “Worldwide Jailbreak Developer Meeting” in China and will invite the top jailbreak developers from the world to share and communicate with each other. Also, we would love to have a better cooperation with the other jailbreak developers.

Do you have more info to share about the Worldwide Jailbreak Developer Meeting, such as date, location, etc?