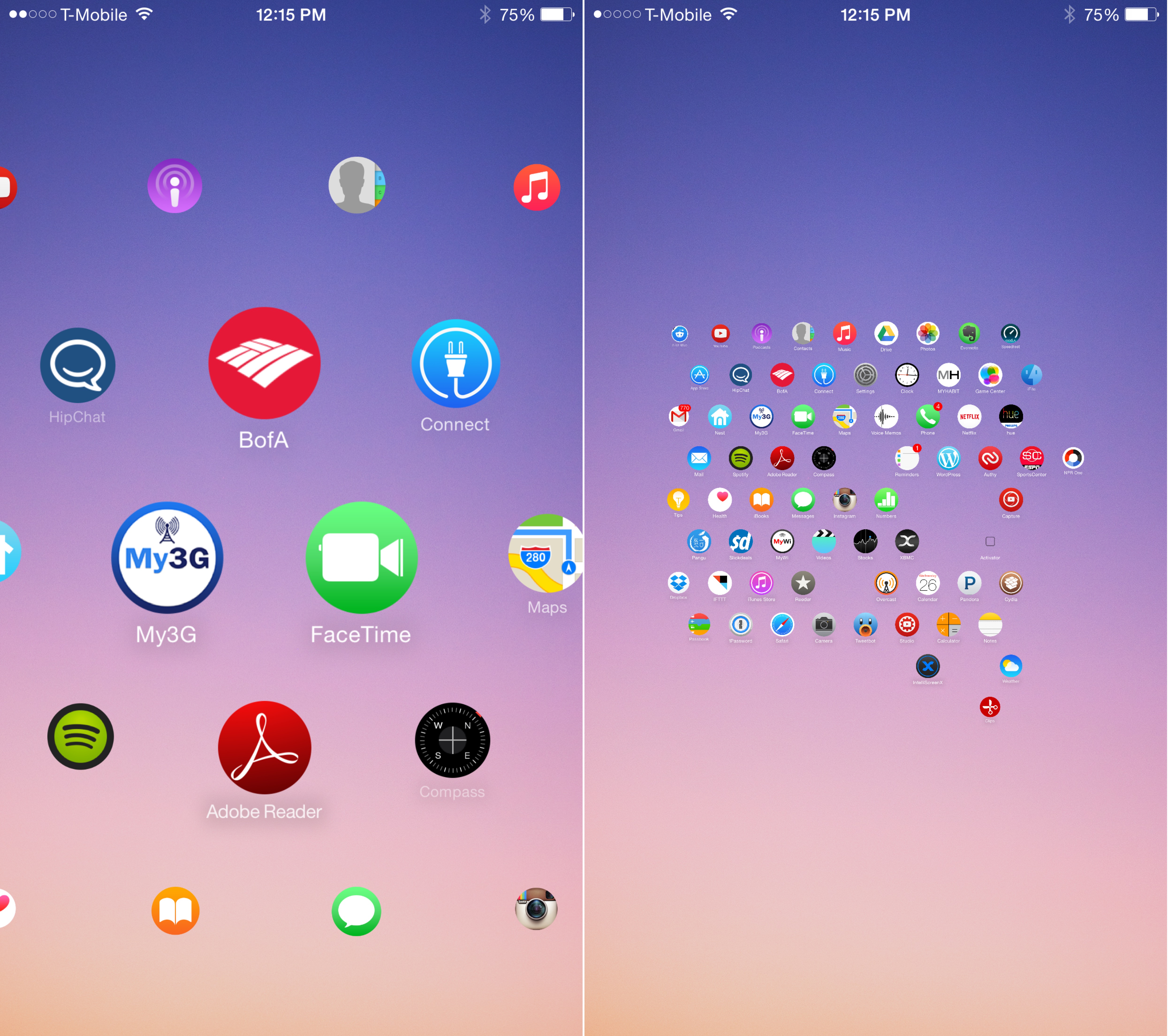 Aaron Ash, the creator of the legendary jailbreak tweak called Barrel, is back with a brand new creation called WatchBoard. WatchBoard is based off of the Apple Watch UI, and it’s the best implementation of said concept that I’ve seen thus far.

Ash’s expertise in this area is immediately apparent when it comes to design decisions, settings, etc. Not only that, but the tweak works on both the iPhone and the iPad. Have a look at our video walkthrough of WatchBoard after the break to see what makes it so good.

WatchBoard’s basics—its animation, pinching to zoom, and app launching are very well implemented, and fairly smooth for the most part. Though, I did notice a second or two of lag and a hiccup when launching some apps. Hopefully the next version of the tweak will smooth out the app launching hiccups that occurred. You can spot them in our video at the 3:00 mark.

Ash states that WatchBoard can accommodate a lots of app icons, and I believe him. I don’t have a ton of apps, but as smooth as the panning and zooming was, I could see this easily scaling up for those who have tons of apps.

I should mention that WatchBoard does eliminate folders, so if you have lots of apps meticulously sorted by folders, you’re going to have to live without them with WatchBoard enabled. With that said, I can’t really put my finger on how apps are arranged and sorted on screen by default. It’s not alphabetical order, and it doesn’t appear to be by frequent usage. It also doesn’t seem to have anything to do with how apps were sorted on the stock SpringBoard. It would be nice if there were some more advanced sorting features in a future update. 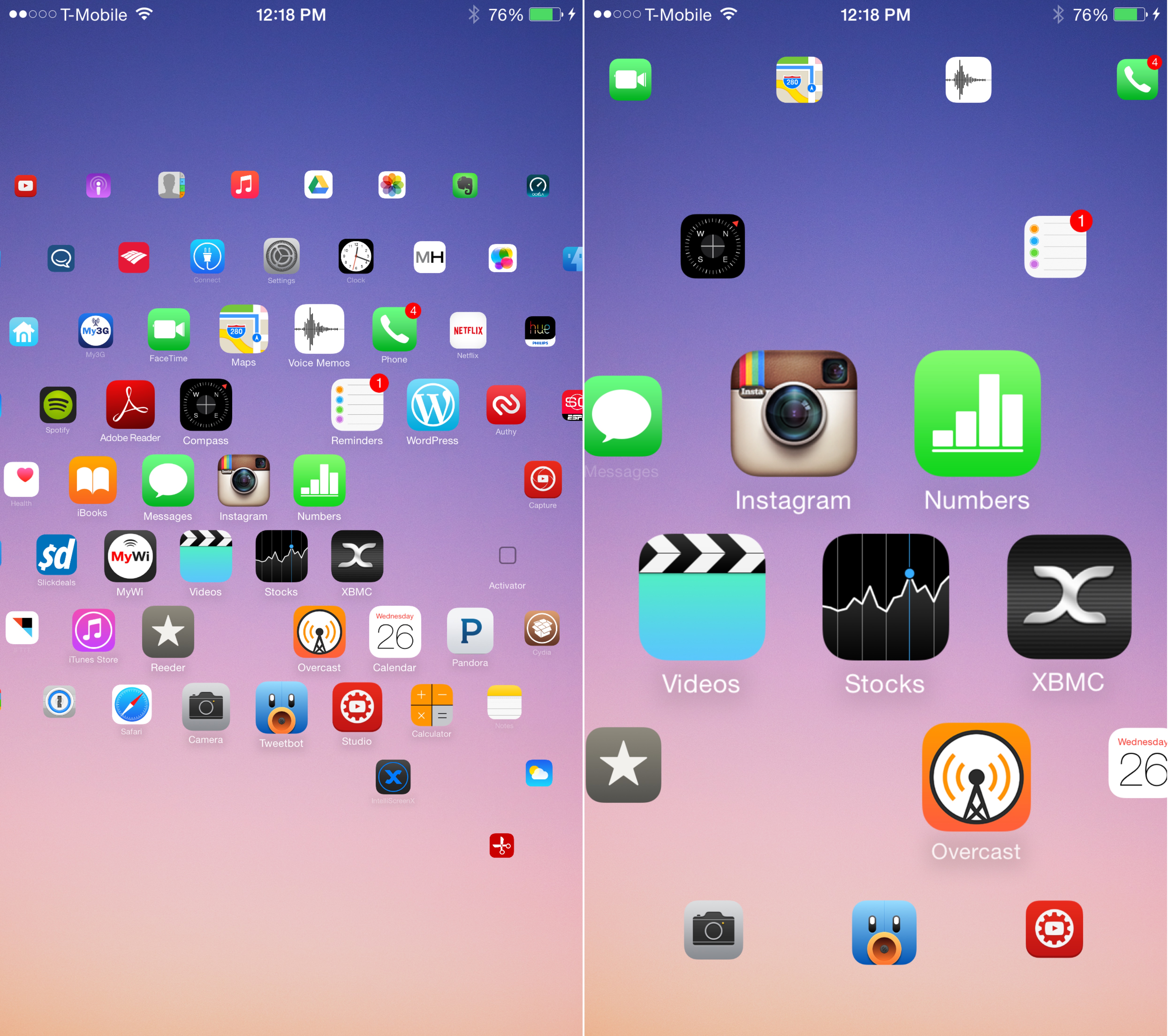 Although no “wiggle mode” is present as a way to move or delete apps, you can move apps using a tap, hold and drag gesture. If you need to delete apps, you’ll need to disable WatchBoard via its settings and use the standard SpringBoard interface.

One of the problems that seems to arrises with many of the Apple Watch UI inspired tweaks that we’ve seen over the past month pertains to Spotlight search. More specifically, how do you go about invoking Spotlight when the typical method of doing so is no longer practical with a new UI? WatchBoard answers that question by means of a simple double tap gesture on a blank spot anywhere on the Home screen. Doing so quickly invokes Spotlight Search.

WatchBoard features several options in its preferences. You can enable or disable circle icons, icon labels, and adjust the icon spacing using a simple slider. Again, all of these options can be enabled or disabled on the fly with no resprings required. 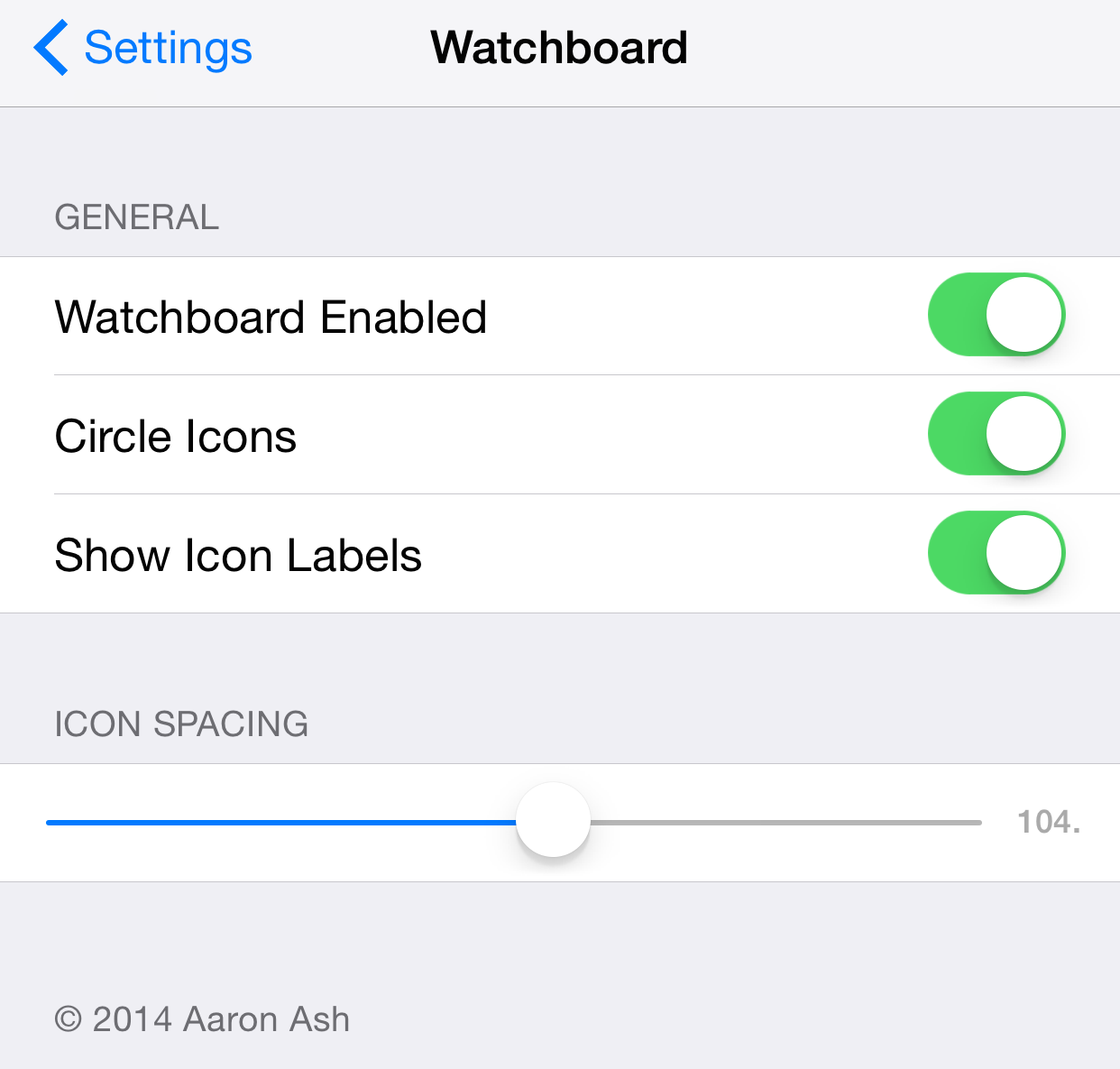 WatchBoard has room for improvement when it comes to hiccups when switching between apps, app sorting and arrangement, and perhaps needs a more efficient way to delete apps. I’d also like to see a FlipSwitch toggle for quickly switching between stock SpringBoard and WatchBoard, but that’s more of a want than a need. WatchBoard is also fairly expensive at $3.99 (BigBoss), so that is something that’ll need to be considered as well.

But in WatchBoard’s defense, it works on iPad, has no CPU issues that will cause rapid battery drain, and it’s DRM free. This means that if you purchase once on one device, it works on every other device you own. With those things in mind, the price point doesn’t seem so bad.

All things considered, WatchBoard is the best Apple Watch UI tweak yet. It’s fast, efficient, and it just works. If you’ve been on the fence about trying the Apple Watch UI on your iPhone, this is one of the most compelling reasons to jump off the fence yet.

What do you think about WatchBoard? Sound off down below in the comments.