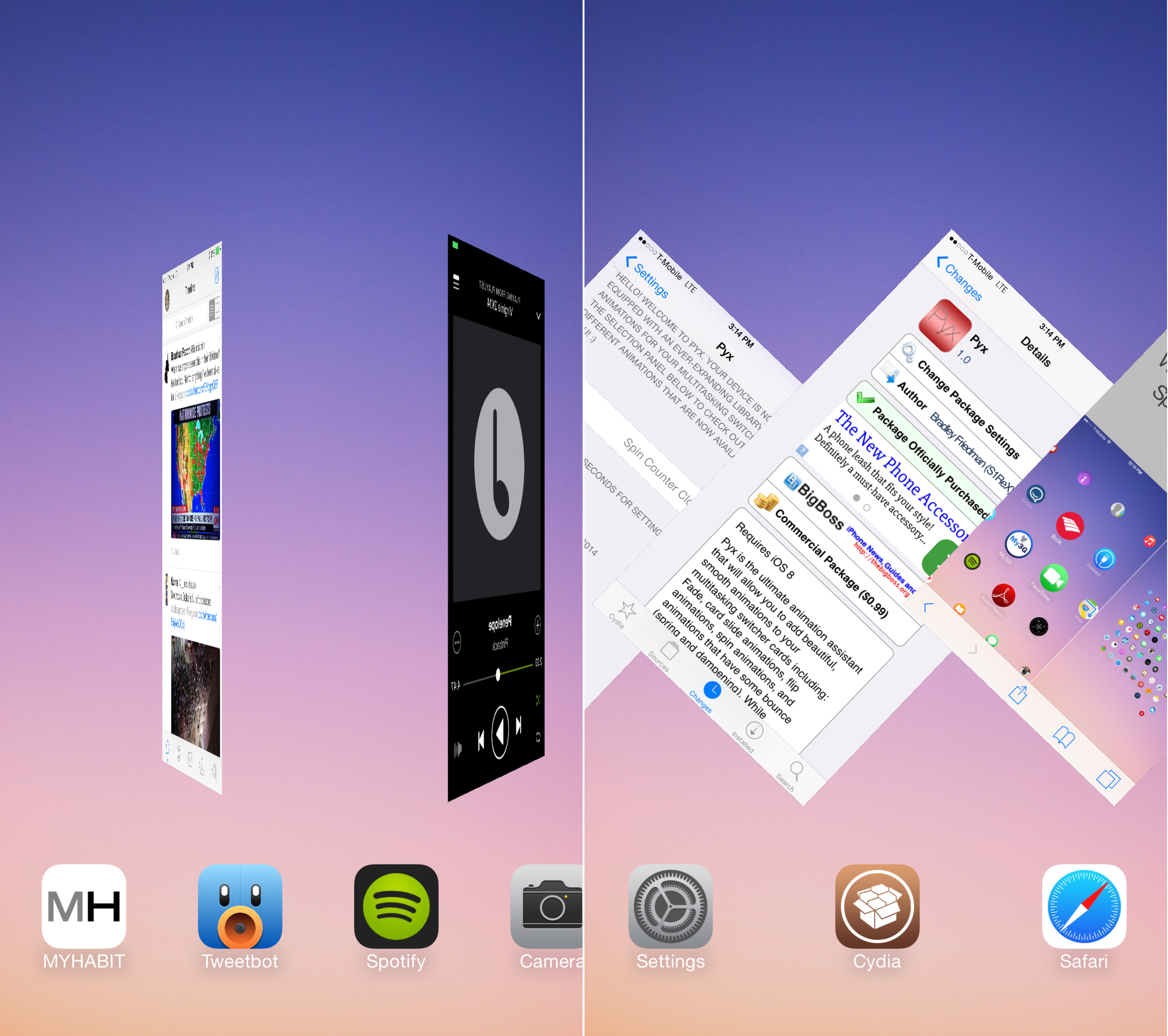 As you’ll see from our video walkthrough inside, Pyx isn’t the most elegant tweak that you’ll run across, but it works well enough to leave most satisfied with the results. Have a look at our video for the full scoop.

After installing Pyx, go to the Settings app and find its preferences. There, you’ll find a single section for selecting the type of animation that you’d like to use for the app switcher. The animations are as follows:

The developer notes that it may take a few seconds before the effect is activated, which I did find to be the case in some instances, as you’ll see in our video. Thankfully, though, you don’t have to respring in order for an effect to take place. 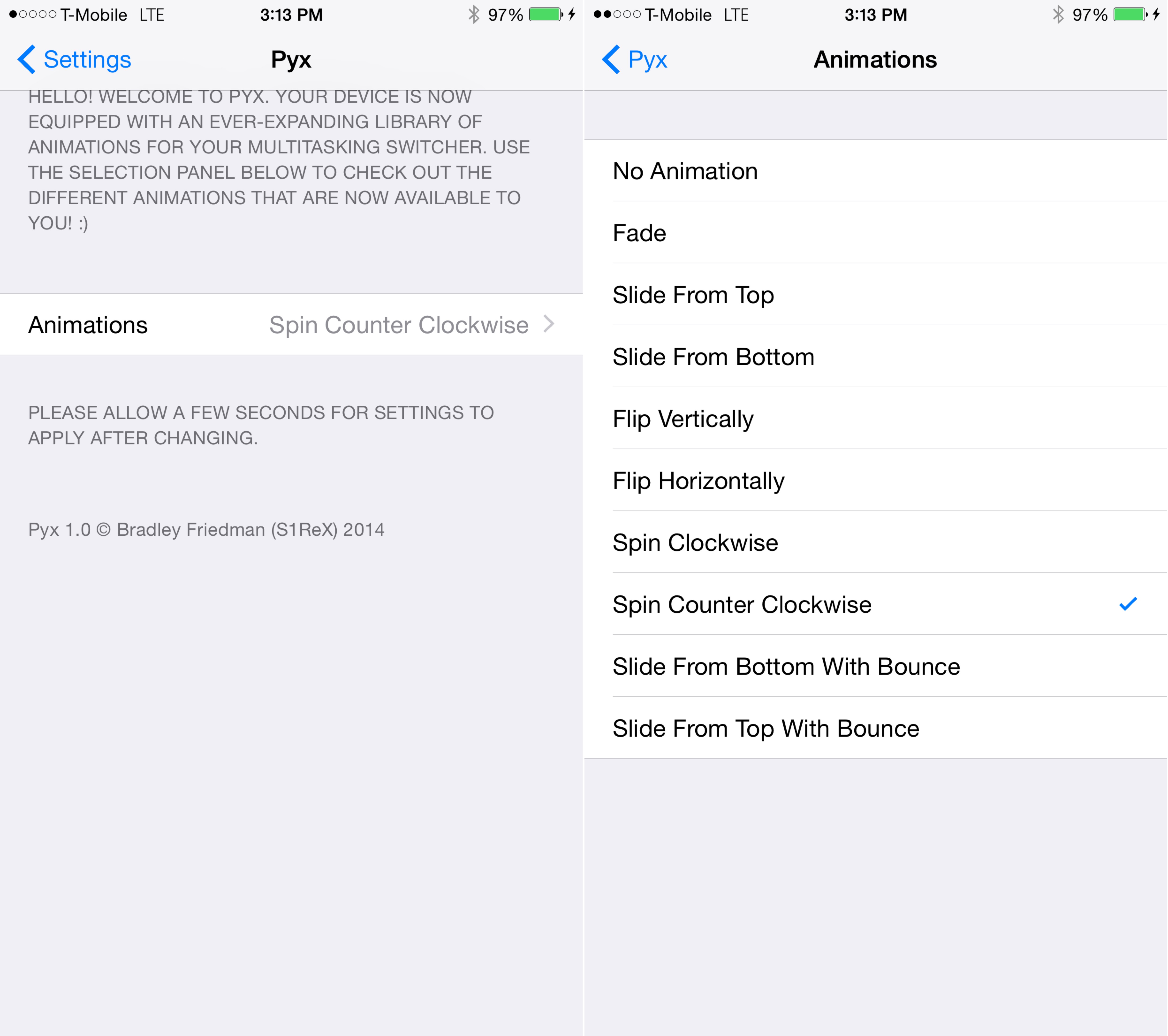 I also felt that the preferences in general were a bit clunky. For example, the description text was in all caps, which looks and feels a bit amateurish. Pyx’s developer, Bradley Friedman, has been in the tweak game for a long time now and is anything but an amateur, so it’s a bit disappointing to see such a thing. You’ll also notice how the text for the tweak’s description is a bit cut off in Pyx preferences as well. Again, these aren’t deal-breaking issues, but they surely cut down on the tweak’s elegance.

Nonetheless, Pyx is a good tweak. Its effects are smooth, fluid, and there are quite a few to choose from.

You can download Pyx for $0.99 on Cydia’s BigBoss repo. I do recommend it if you’re looking for this sort of effect in the App Switcher. What do you think?