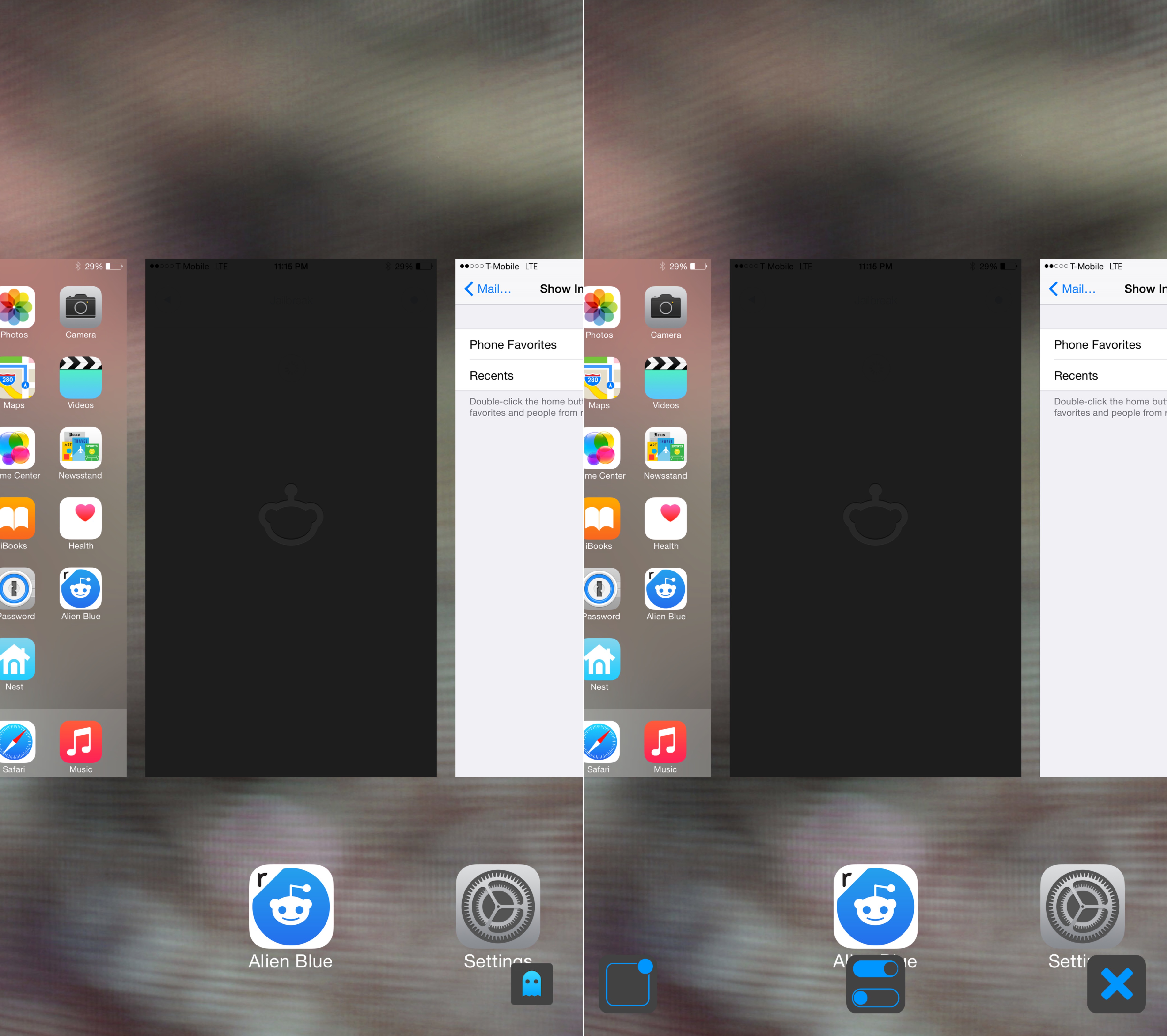 Each action in Slide2Kill8 Pro can be customized to some degree, allowing you to kill all apps, kill single apps, do nothing, or show a quick menu. The quick menu allows you to close all apps, invoke Control Center, and invoke Notification Center.

If you’re looking for a way to enhance app management, particularly when it comes to force-closing apps, then you need to take a look at Slide2Kill8 Pro. Check out our full video walkthrough inside.

After you install Slide2Kill8 Pro, you’ll find a new preference panel in the stock Settings app. There, you can configure the tweak to your liking. 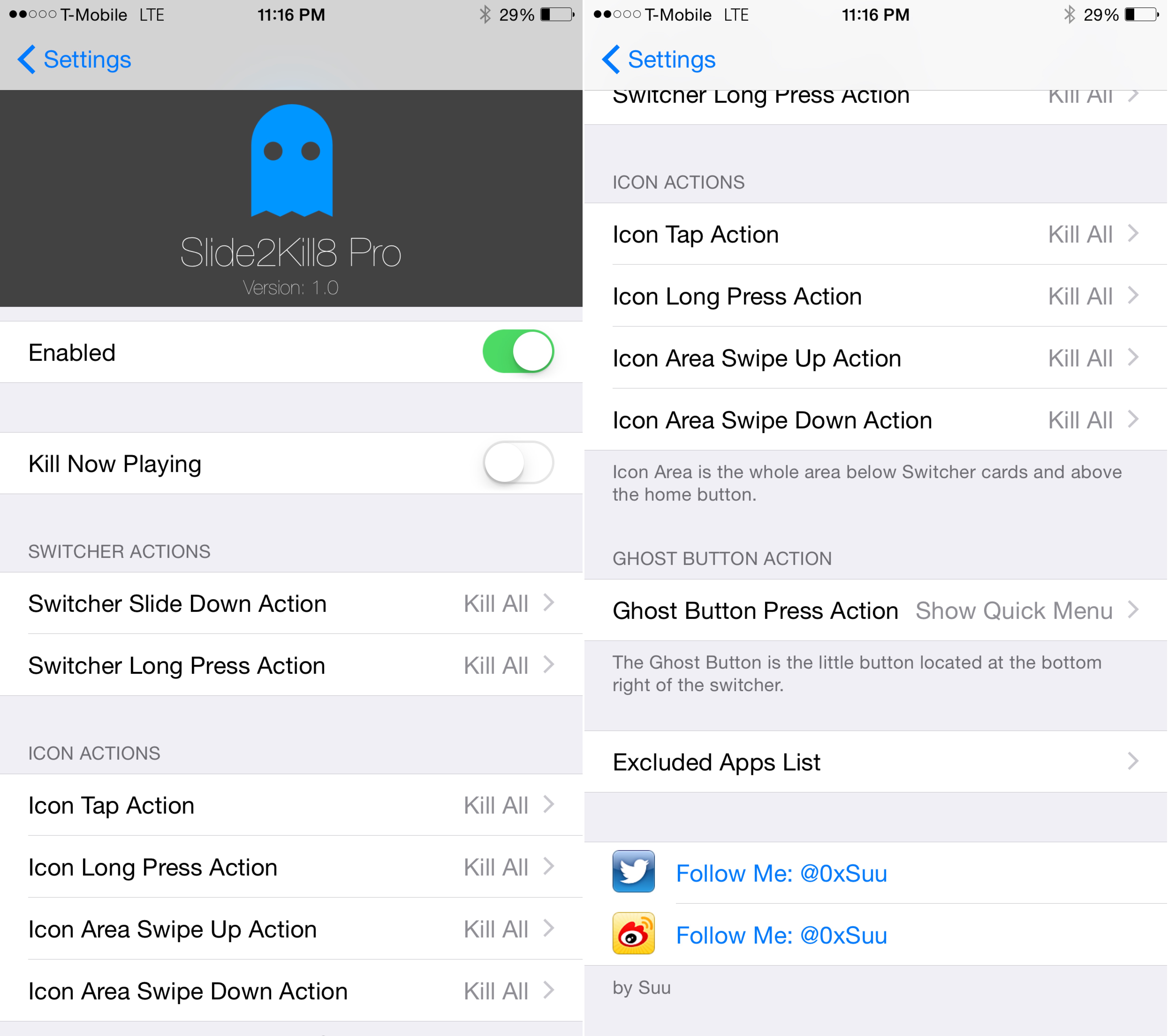 A kill-switch exists at the top of the tweak’s preferences, and beneath it you’ll find sections for switcher actions and icon actions. All changes are implemented on the fly so that they do not require a respring to take effect. 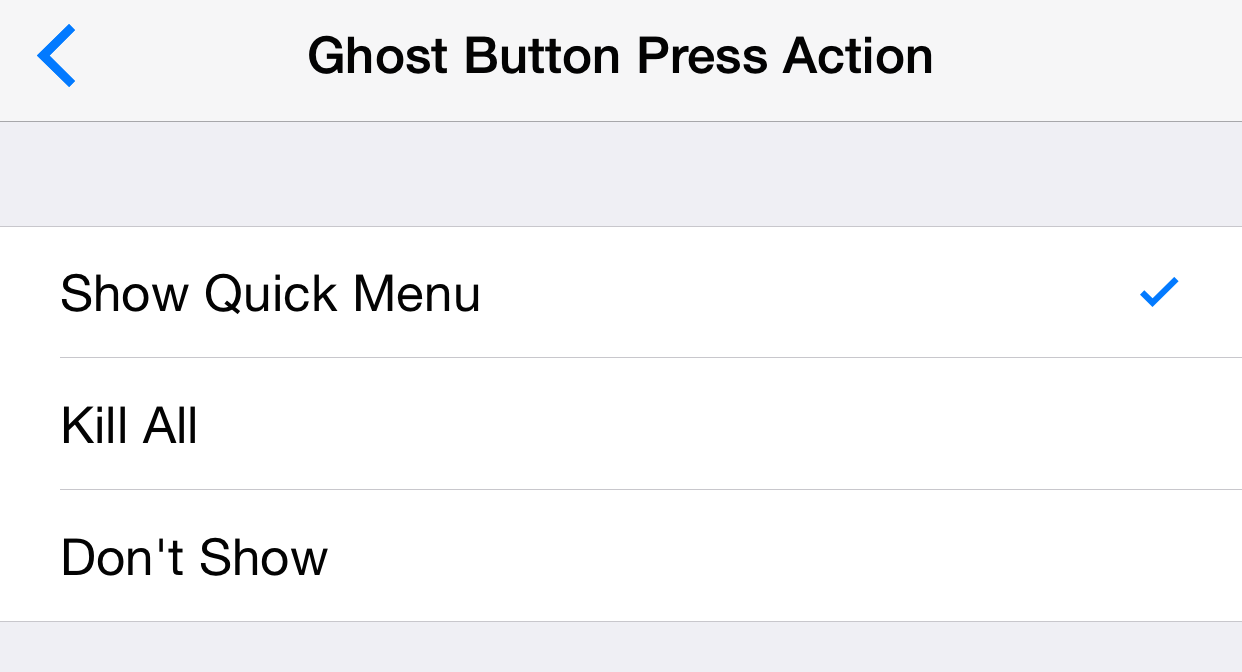 Slide2KillPro 8 places a “ghost button” in the bottom right-hand corner of app switcher as well, and this serves as yet another configurable action. There also exists an excluded apps list that can be used to prevent specific apps from being killed.

Overall, Slide2KillPro is a good way to kill apps on the iPhone. Personally, I think some of the options are a bit overkill, but there’s no doubt that this tweak provides many ways to kills apps on iOS. You can find it for $0.99 on Cydia’s BigBoss repo.

What do you think about Slide2KillPro for iOS 8? Sound off down below in the comments section.