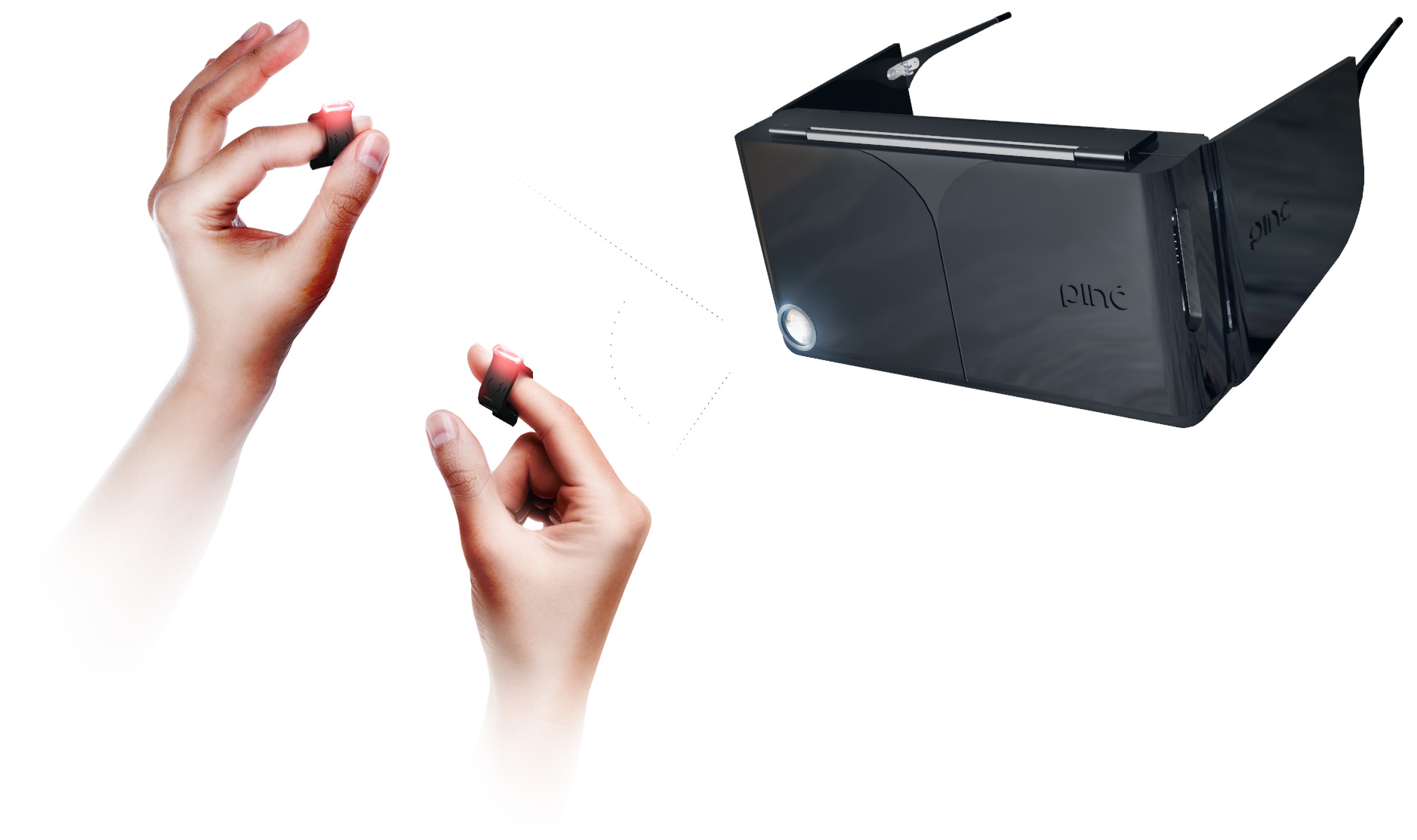 Toronto-based Cordon Development Labs is making rounds Monday with the Pinć, a $99 iPhone case which doubles as a Minority Report style virtual headset with spatial interaction, multi-touch hand gestures via a pair of finger tacks and more, effectively expanding your device into an immersive computing experience.

Data from the wireless rings on each hand is combined with camera input from your iPhone 6 or iPhone 6 Plus to track hand motion. Cordon Development Labs is working on a software development kit built on the Unity engine so third-party developers will be able to customize and create various types of experiences for the Pinć.

What’s it like to interact with the Pinć? Check out promo vids included after the break.

Well, the Pinć is the closest thing to Minority Report style user interfaces.

Though Pinć-enabled games will admittedly add an interesting layer of interaction, Cordon’s President Milan Baic sees the opportunity for VR as much broader than just gaming. 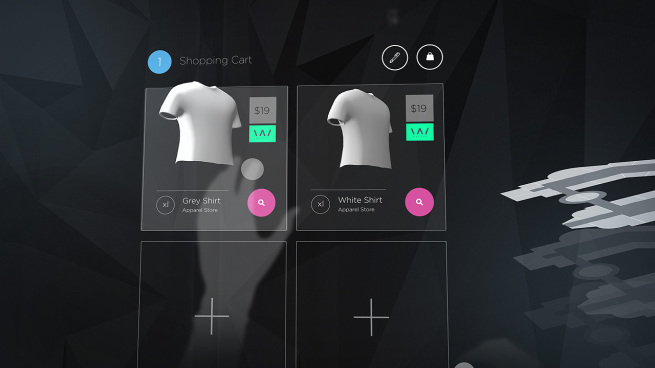 The Pinć is controlled by optical wireless rings worn on index fingers that pinch to click with users’ hands. Borrowing concepts from spatial computing, the accessory promises to turn browsing, multitasking and shopping into an immersive virtual reality experience.

Cordon will create an own virtual reality shopping mall to showcase VR-enabled shopping experience with the Pinć, as depicted by the image further below.

According to Jordan Kahn of 9to5Mac who had a chance to test-drive the Pinć, early prototypes leave a little bit to be desired in terms of fit and finish, the technology showcase demo wasn’t yet running on Unity and the software “was not up to snuff in terms of what’s promised in the videos as far as fluidity and ease of use.” 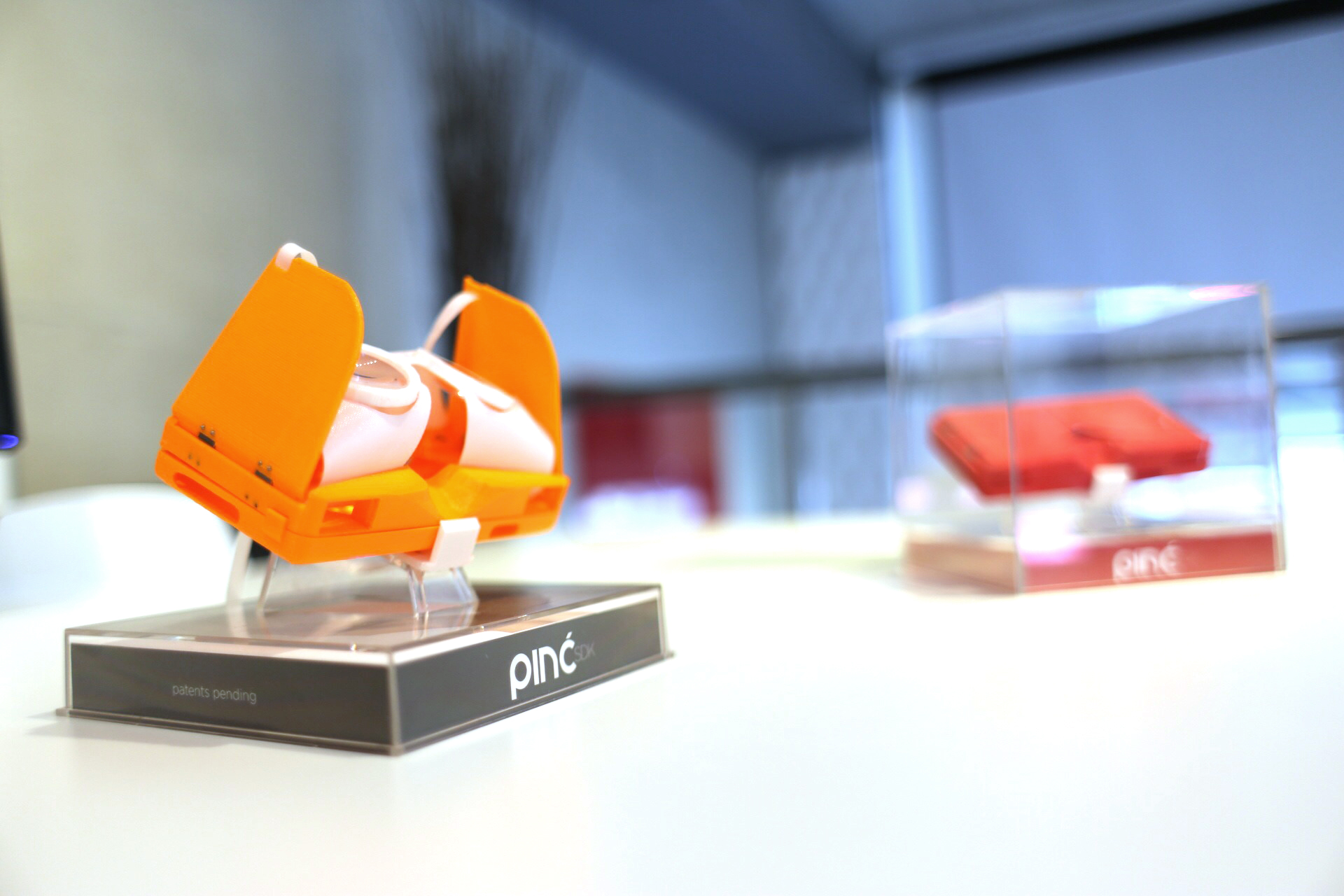 The Discovery Edition of the Pinć for the iPhone 6 and iPhone 6 Plus can be pre-ordered now for $99 a pop. It will be shipping by June of next year.

The accessory is currently in its prototype stage so Cordon has launched a crowdfunding campaign on Indiegogo with the goal of raising a cool $100,000 in about a month.

Third-party developers looking to write applications for the Pinć will be able to do so once the official Pinć SDK, currently being developed on the Unity engine, is formally released.

What do you think of the Pinć? Is it a gimmick or convenience?

I’m not convinced that VR headsets in their current form have mass market potential. While the technology has clearly matured enough to make these things actually compelling without vomiting after a few minutes of use, I’m just not sold on VR yet.