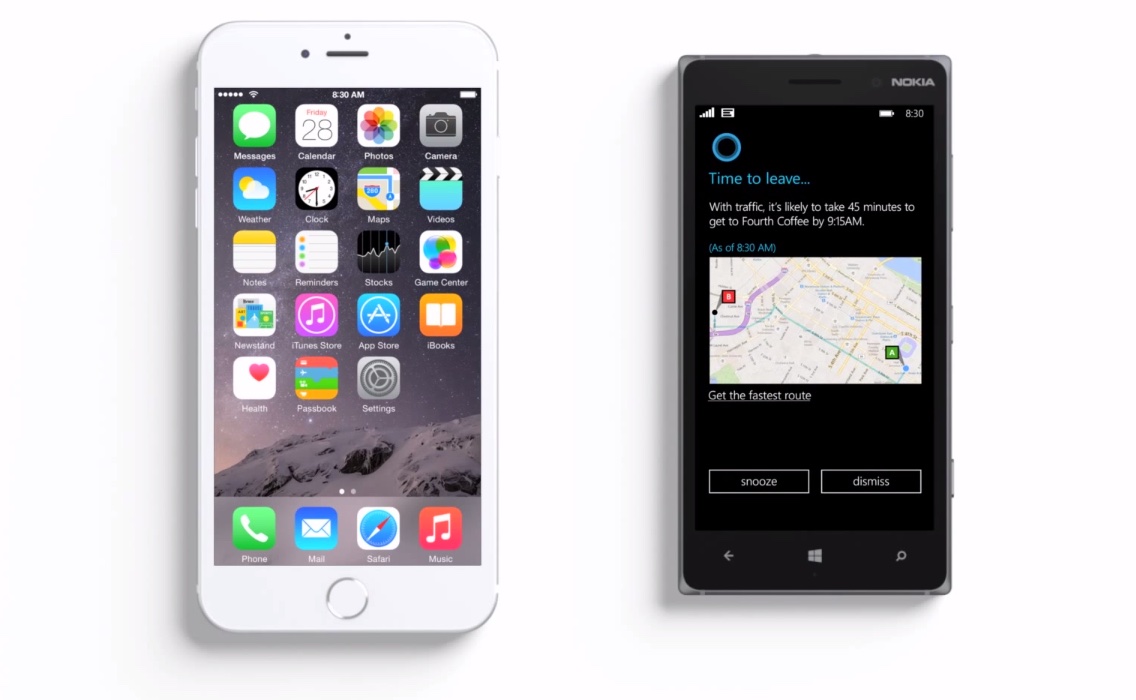 The 30-second television commercial shows off the latest version of Cortana, Microsoft’s Siri-like personal assistant, running on the Lumia 830 and interacting with a bunch of built-in applications.

Cortana amusingly brags to Siri about being able to perform functions Apple’s personal assistant can’t, like alert users to leave early for an appointment using traffic alerts, remind them of things based on who calls or texts and more.

For those who didn’t get the joke, Microsoft is saying that Cortana’s latest update lets her do more for the user, as opposed to the iPhone 6 Plus refresh which only makes the iconic smartphone and Siri bigger, not smarter.