Apple on Monday started rolling out the latest iOS 8.1.1 software update for the iPhone, iPad and iPod touch devices. If you’re jailbroken, stay away from this update as it plugs the Pangu8 jailbreak.

iOS 8.1.1 build 12B435 contains a whole bunch of bug fixes and general performance enhancements aimed at improving the mobile operating system’s stability. You can apply the update over the air by going to Settings > General > Software Update.

Alternatively, connect your iPhone, iPod touch or iPad to your Mac or Windows desktop via a USB cable and open iTunes: a prompt should pop up asking you to upgrade.

“This release includes bug fixes, increased stability and performance improvements for iPad 2 and iPhone 4s,” notes the firm in a support document. For information on the security content of this update, go here.

A watching update for the Apple TV is also available in the form of the Apple TV Software 7.0.2 update with a build number of 12B435. 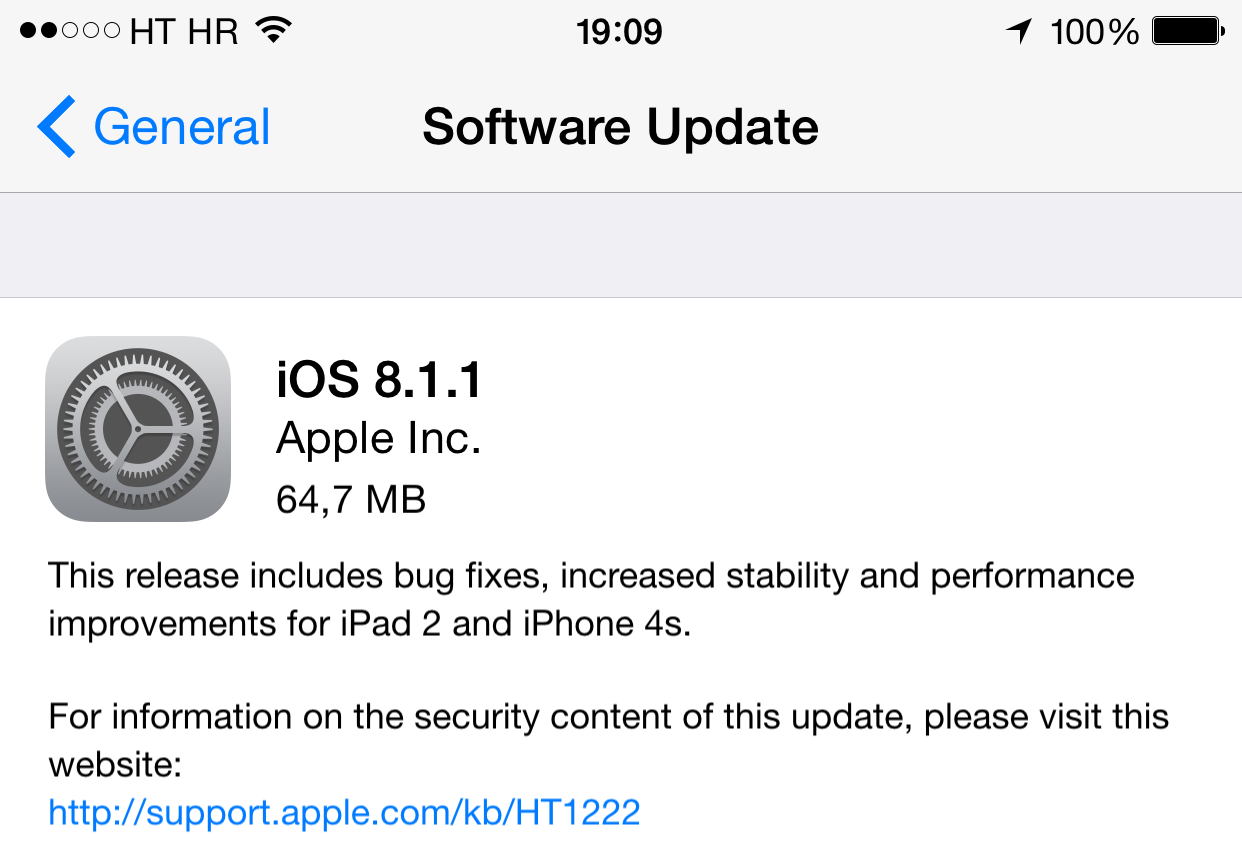 Again, jailbreakers should stay away from this update if they want to keep their jailbreak.

iOS 8.0 has marked the end of the road for the iPhone 4, making the iPhone 4s the oldest iPhone supported by the latest software. iOS releases tend to run well on older hardware so it’s nice that Apple cares about supporting three-year-old hardware and continues to give love to its iPad 2 and iPhone 4s owners.