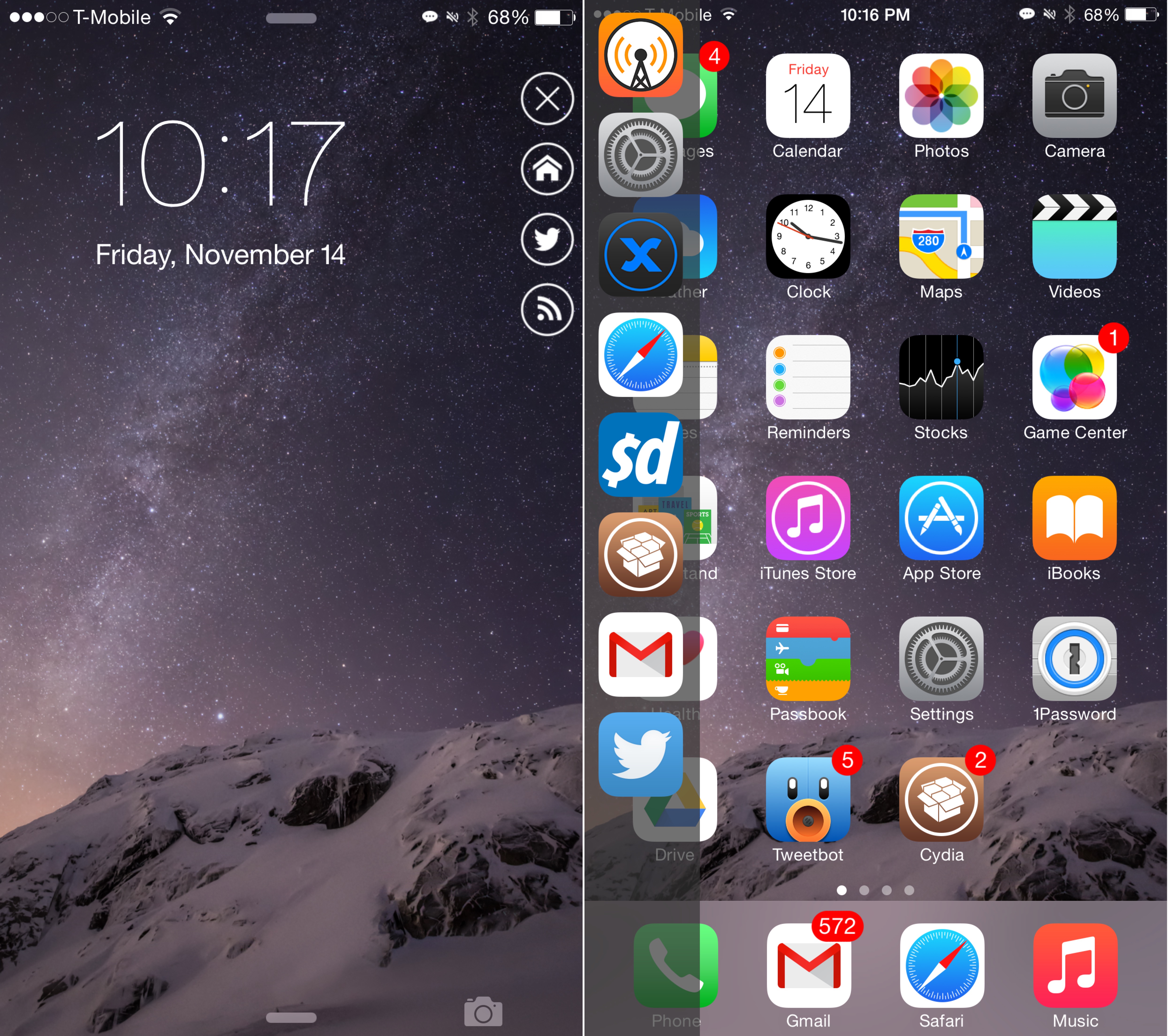 Get ready for IntelliScreenX for iOS 8 to touch down any minute now! The update, which is being released as an open beta, is scheduled to appear on Cydia’s ModMyi repo sometime tonight. If you’re somehow unfamiliar with IntelliScreenX, it’s a tweak that allows you to supercharge your Notification Center. It brings the ability to add Twitter, RSS, Mail, Facebook, and more to the Notification Center, and features Lock screen access as well.

IntelliScreenX is by far one of the deepest jailbreak tweaks of all time, and it’s the reason why a lot of people jailbreak. We’ve been able to go hands-on with a copy of the IntelliScreenX for iOS 8, and have tested it on a jailbroken iPhone 6 Plus.

Intelliborn has been working hard to prepare ISX for iOS 8 and for the new iPhones, and their hard work has paid off. Have a look at our full 12+ minute video walkthrough inside for the details on why this tweak remains such a staple for jailbreakers everywhere.

The release is a free upgrade for existing users, and it works on all iOS 8 jailbroken devices. It even comes with a free 3-day trial for new users. New users pay $9.99.

IntelliScreenX for iOS 8 is still in open beta, so it’s not 100% finished yet, but Intelliborn has deemed it to be worthy of release.

Here is the change log, which notes some of the tweak’s known issues that still need to be addressed:

As you can see, the majority of the known issues related to the Messages+ add-on for the Messages app. Messages+ allows you to have quick compose and enhanced quick reply features. It’s included for free with IntelliScreen X.

What do you think about IntelliScreenX for iOS 8? Will you use it? Sound off down below in the comments.