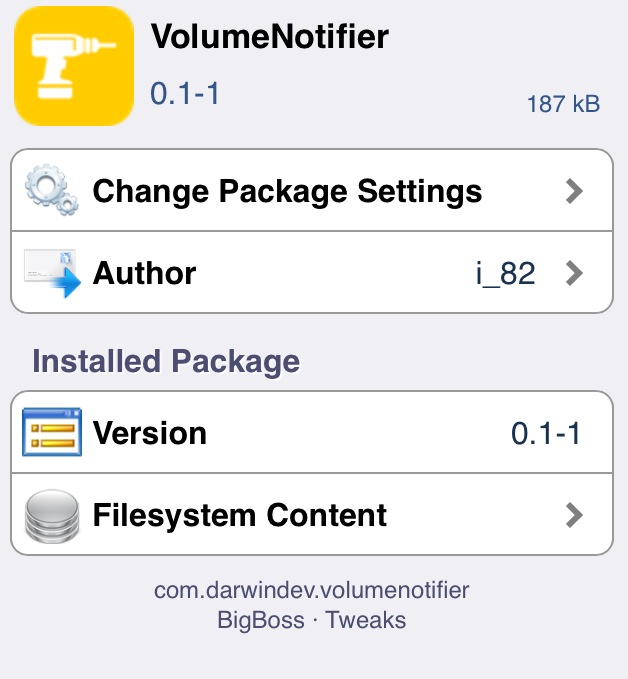 Normally, when you increase or decrease the volume on your iPhone, a large volume HUD appears on the center of the screen that displays the volume level as you adjust it. VolumeNotifier is a brand new jailbreak tweak that goes a little step further and notifies you when you change the volume on your device.

The tweak adds a sound effect when you’re changing the volume such that when you increase or decrease the volume, a beep sound is made, just like how it works on Mac.

With that said, the tweak works with both the Ringer as well as the media volume. However, when you start playing a song, you’ll no longer hear a beep sound when adjusting the volume. It only works when there’s no music playing on your device. Also as you’d expect, the beep sound will also be disabled when you switch the Silent toggle on.

Personally, I’m not in favor of the tweak as it can get quite annoying especially when you want to raise the volume from 0% up to the maximum level and will have to hear a continuous streak of beeps. Indeed, the developer could make the beep sound adaptable to the volume level such that the it would be high when the volume level is maximum and would gradually decrease as you reduce the volume.

VolumeNotifier comes with no settings to configure, so once you’ve installed it, you should start hearing the beep sound when adjusting the volume level on your iPhone. The tweak works on both iOS 7 and iOS 8 devices and can be installed from Cydia’s BigBoss repository for free.