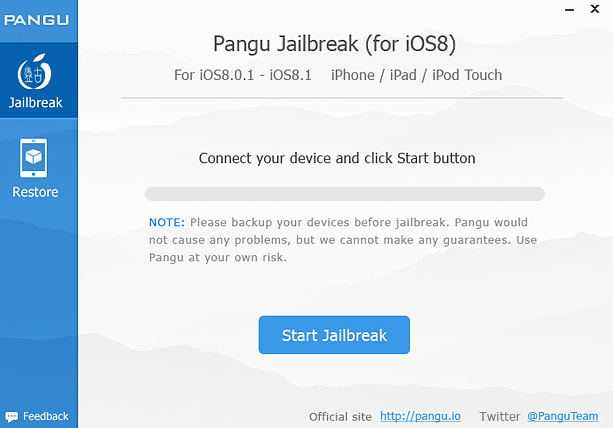 It seems that not a day goes by without the Pangu Team or saurik releasing an update of some sort for their respective tools. Today, the Pangu Team announced the release of Pangu 1.2.0, an update that brings yet another round of fixes for the iOS 8 jailbreak tool.

As a matter of fact, Pangu 1.2.0 bundles a few improvements that had already been released via the untether package available in Cydia that was updated over the weekend.

Other improvements brought to Pangu aim to optimize the overall jailbreak process when using the tool, as well as support for the restore function for iPad Air 2 and iPad mini 3.

1. Fix the issue that launchd may drain cpu on 32bit devices.

Obviously, if your jailbroken device is behaving as it should, you don’t have anything to do at this time. If you’re still experiencing issues, specifically those related to CPU usage and/or Safari, it might be a wise thing to head over to Cydia and update the untether package. As a last resort, you may have to consider restoring your device and using the latest version of Pangu to jailbreak again.