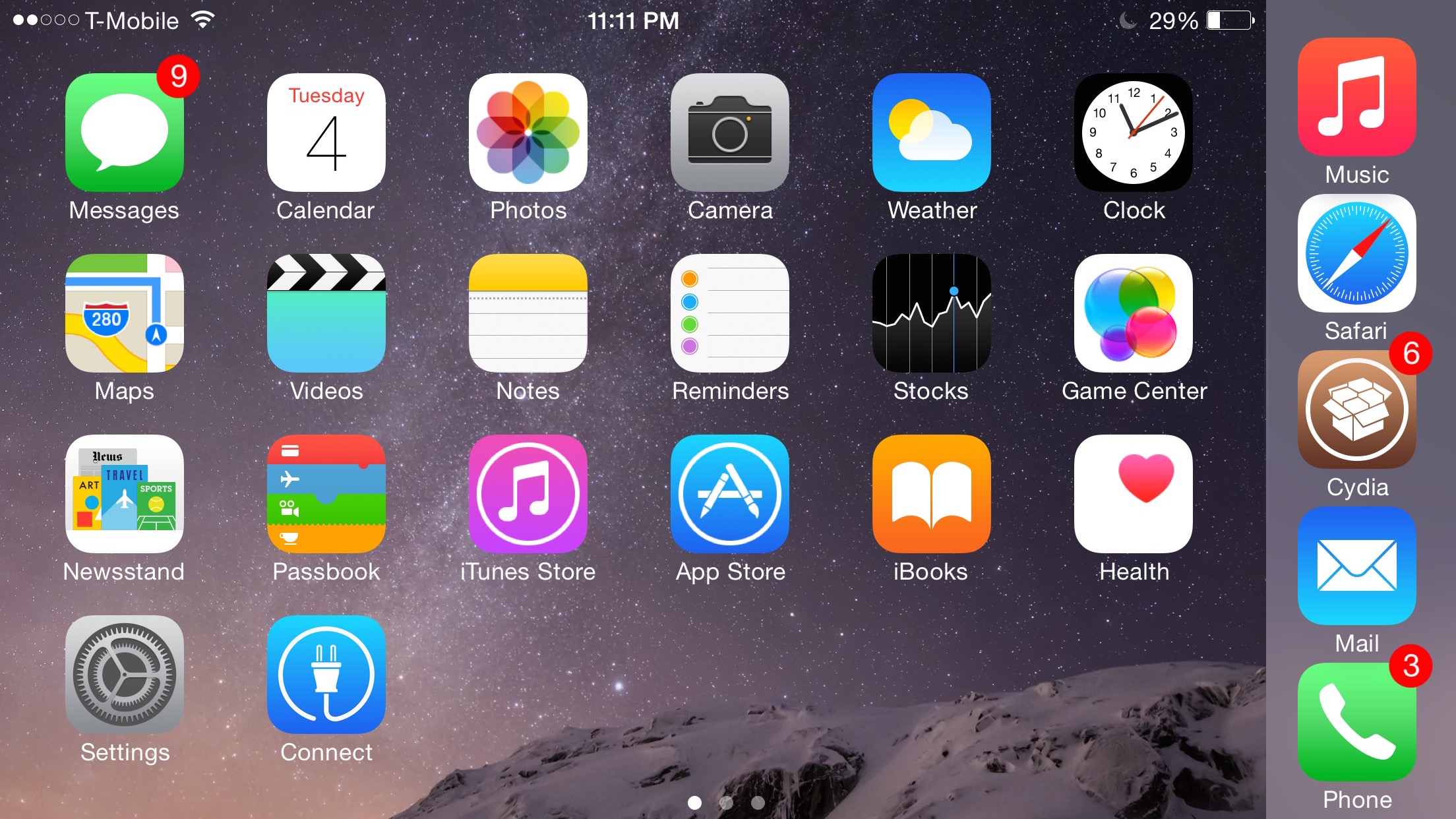 betterFiveIconDock is a new jailbreak tweak that brings the ability to add a fifth app icon to the iOS dock on both iOS 8 and the iPhone 6 and 6 Plus. The tweak, which is available free of charge on a non-default Cydia repo, even plays nice with the iPhone 6 Plus’ Home screen rotation abilities.

Want to see how betterFiveIconDock works in action? Check out our video walkthrough inside.

To add betterFiveIconDock to your jailbroken device, you’ll need to add the following repo to your Cydia sources:

Once you do, you should see the betterFiveIconDock package, which can then be downloaded and subsequently installed on your jailbroken iOS 8 device. 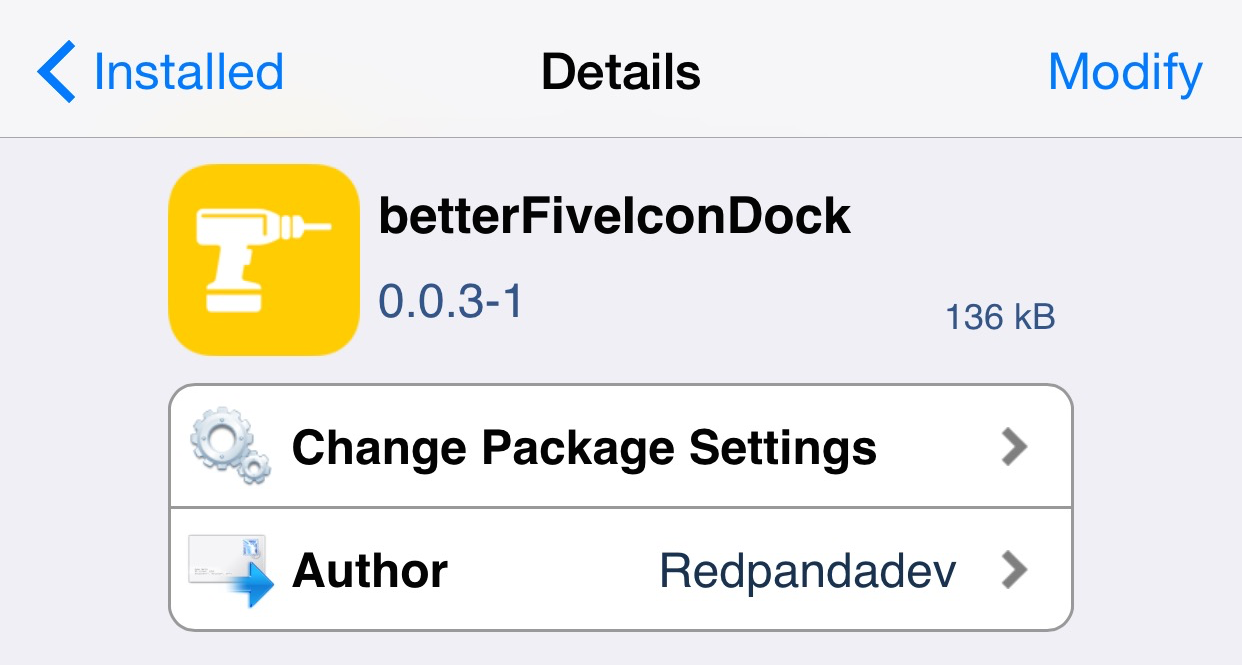 The nice thing about this version of FiveIconDock is that it has the proper spacing between app icons on the dock, and most importantly, it plays nice with Home screen rotation, which has been a folly for many-a-tweak thus far.

I find this tweak to be simple, but extremely useful. The iPhone 6 Plus’ dock is more than big enough to accommodate an additional app icon, so it suits that particular device exceptionally well.