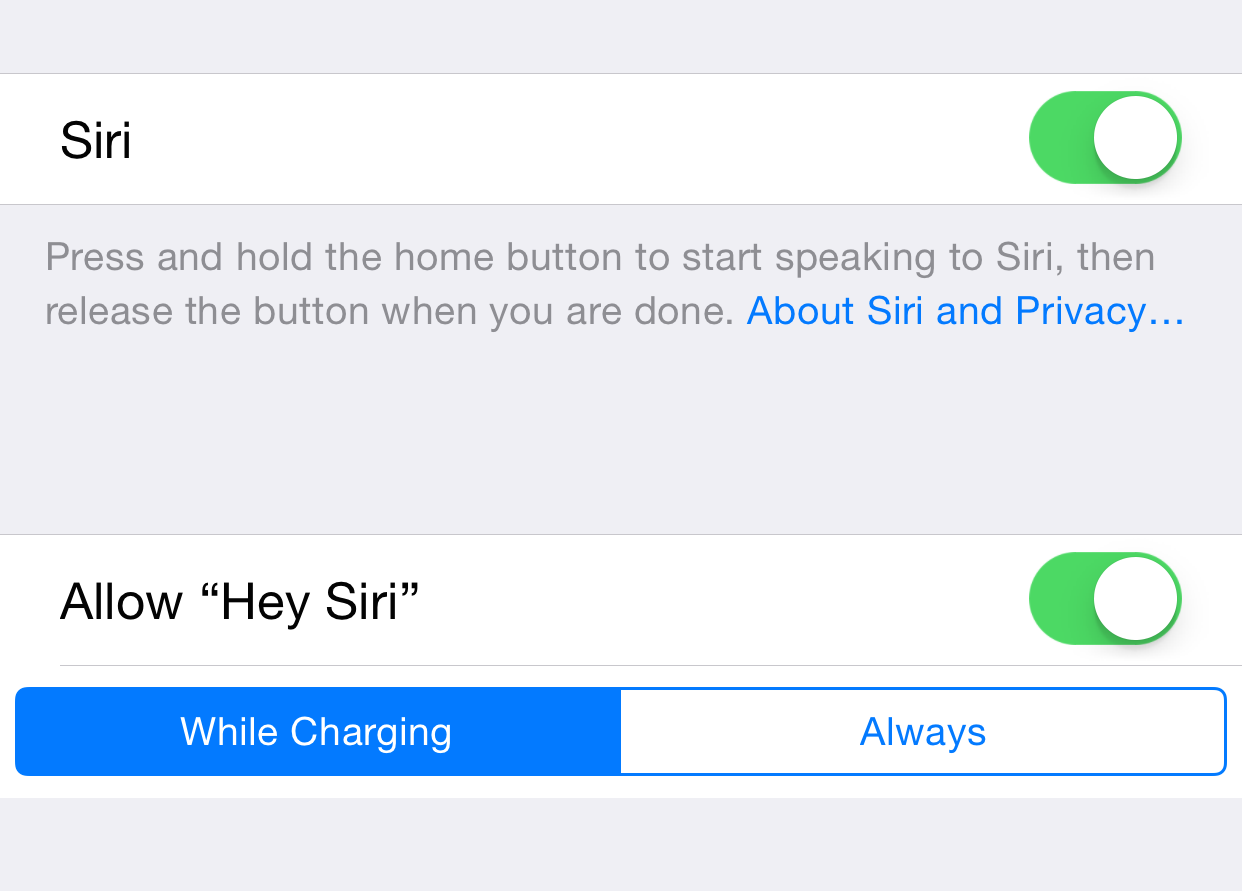 And the good times keep rolling. A new jailbreak tweak has popped up on the Cydia Store from well-known developer Hamza Sood. The tweak, entitled UntetheredHeySiri, lets you use Siri hands-free without needing to be connected to power.

It’s an obvious want for those of us who jailbreak, and Sood quickly addressed the issue. In fact, it’s the way that he implemented the tweak that impresses me most. Head inside and watch our hands-on video to see what I mean.

After you install UntetheredHeySiri, which is free from Cydia’s BigBoss repo, you won’t find a preference panel in the normal root location of the stock Settings app. Instead, Sood has opted for a more sensible integration within Siri’s Settings.

There will certainly be some negative battery implications by using the Always option, but it’s nice to finally have a choice. Hopefully we’ll get a FlipSwitch toggle soon so that we can quickly toggle Always Hey Siri from Control Center.

What do you think about UntetheredHeySiri? Do you plan on using it?