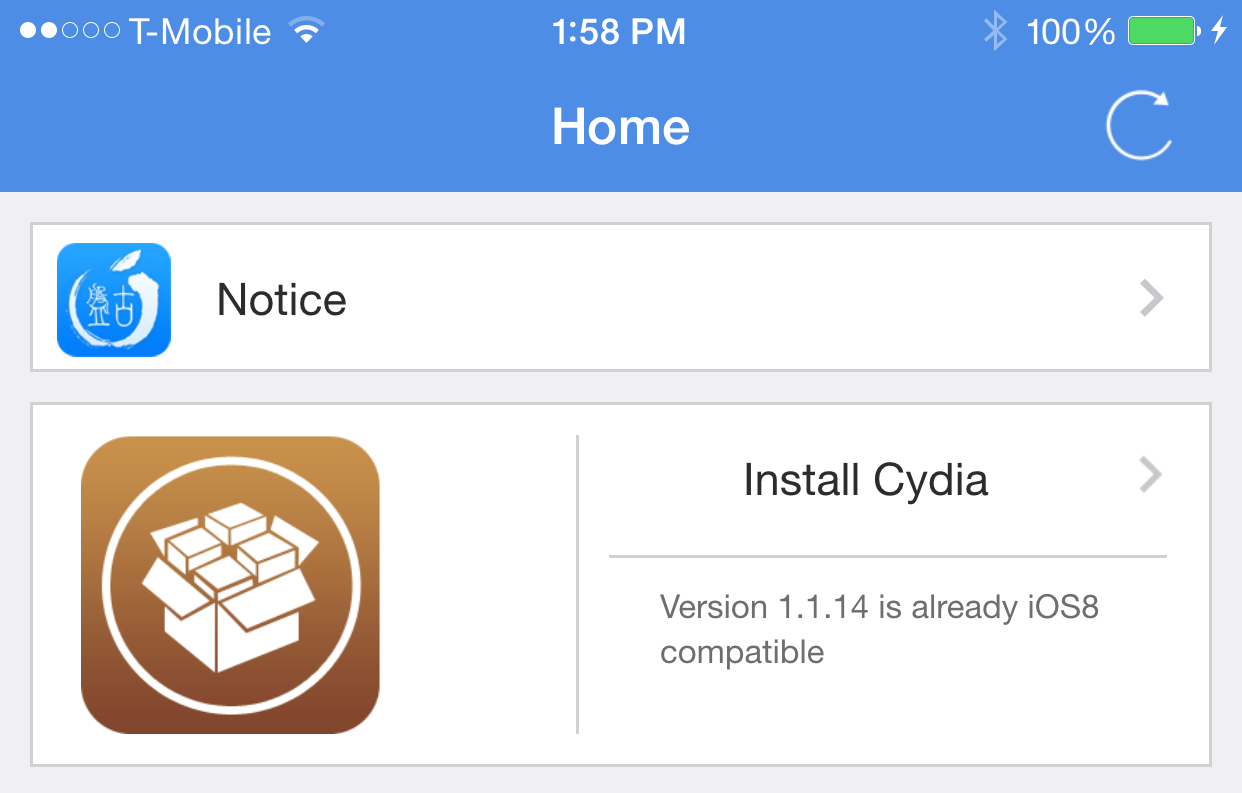 This now means it’s possible to jailbreak iOS 8 and install Cydia without resorting to any confusing SSH or terminal commands. Have at it…

Now all you need to do to get Cydia on your iOS device is jailbreak with Pangu, and install Cydia from the Pangu app. Easy peezy.

The last thing we need now is a Mac version of Pangu, and after that, all bases will be covered.

Sound off with your thoughts in the comments below.