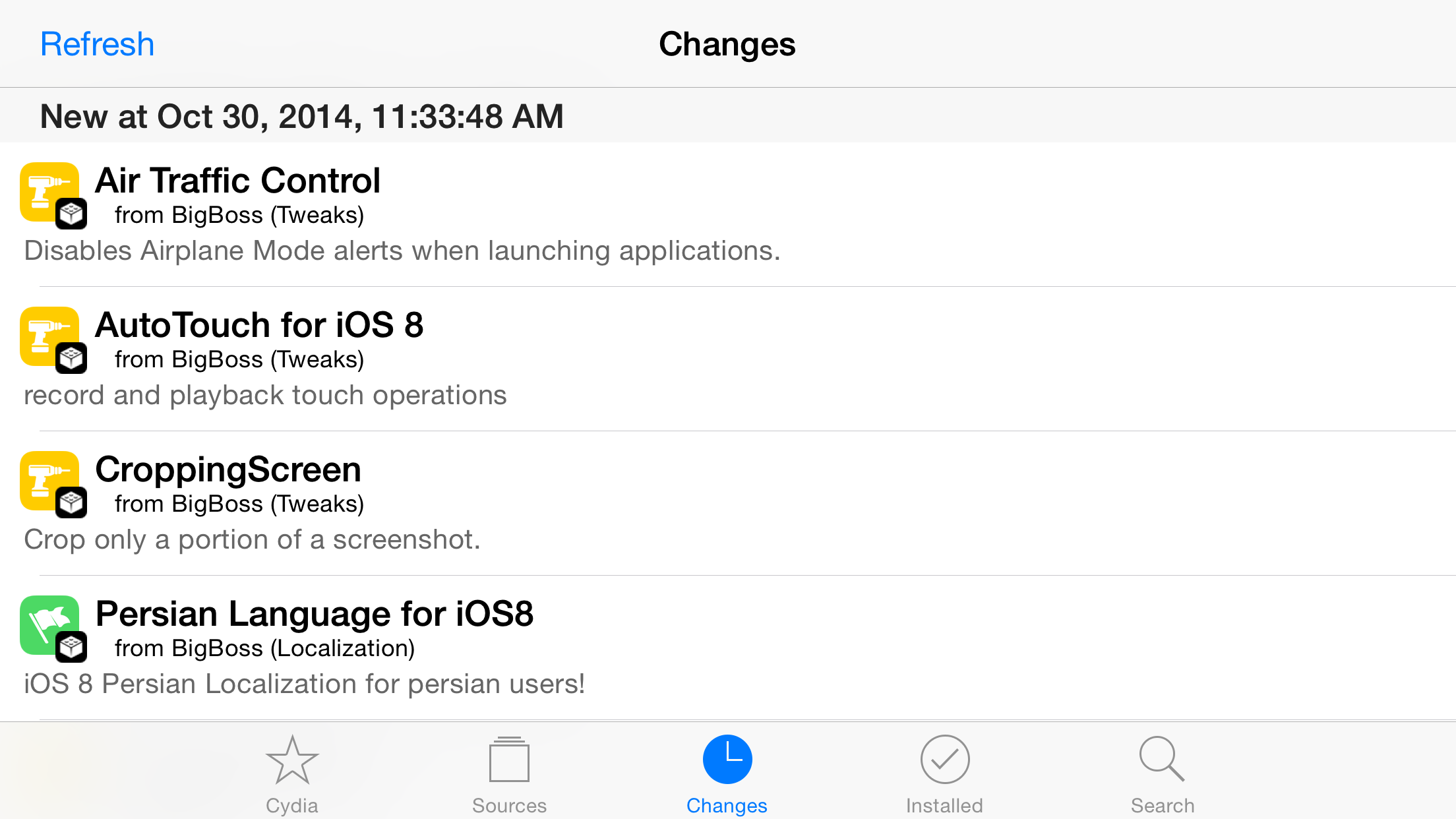 Ladies and gentlemen, the moment you’ve been waiting for. Cydia Installer just received a 1.1.14 update to fix the lingering passcode issue. You can now update Cydia on your jailbroken iOS 8 device and use a passcode without any side effects.

Then, there’s support for the iPhone 6 Plus! That includes rotation support.

Watch our video walkthrough inside for an overview of the new changes, and then head over to Cydia right now and install the update if you’re jailbroken. If you’re not jailbroken, follow our tutorial inside to jailbreak and install Cydia. 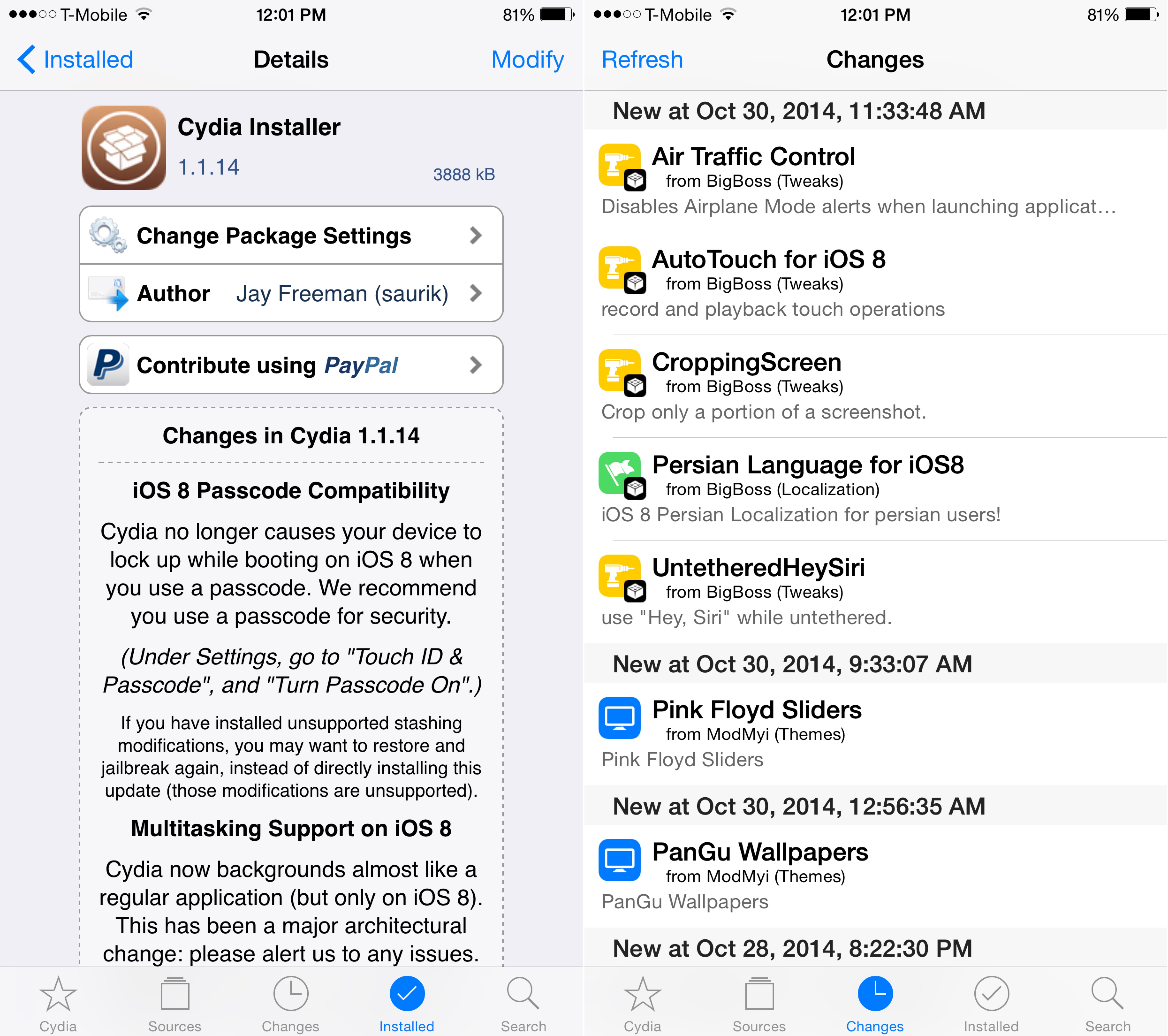 (Under Settings, go to “Touch ID & Passcode”, and “Turn Passcode On”.)

If you have installed unsupported stashing modifications, you may want to restore and jailbreak again, instead of directly installing this update (those modifications are unsupported).

Cydia now backgrounds almost like a regular application (but only on iOS 8). This has been a major architectural change: please alert us to any issues.

This allows you to switch back/forth between Cydia and other applications (such as Safari, or the Google two-factor authentication app) without losing your package selection state.

One of the biggest complaints about Cydia in the last year has been a new kind of ad seen on some repositories: a sudden redirect to the App Store.

Cydia now blocks “popups” and asks the user before opening the App Store.

Cydia supports rotation on the iPhone 6 Plus and has a new @3x icon and tabbar. Cydia renders at the native resolution on both the 6 and 6 Plus.

Cydia on iOS 7.1 had an issue where playing video would cause the device to “lock up”. This bug has finally been fixed! The new iOS 8 video issue (a YouTube error message) is also fixed.

Users of Cydia 1.1.13 (only available via a manual installation process) may have noticed Cydia only displayed in English :(. This has been fixed! Yay!

How to jailbreak iOS 8 with Pangu:

How to install Cydia on iOS 8:

Biggest Cydia update ever? Saurik really went all out with this one! He’s accepting donations via the Cydia Installer page. Sound off in the comments with your thoughts.