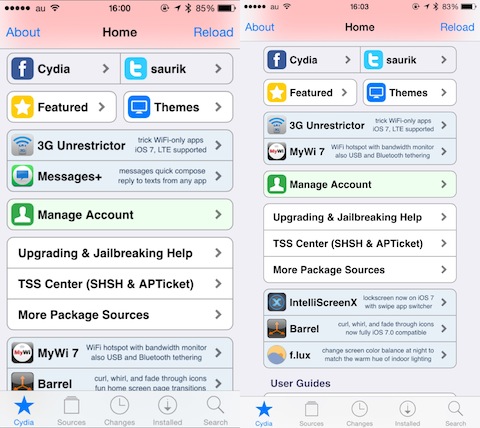 Although the new iPhone 6 and iPhone 6 Plus boast a larger screen and come with a Retina HD display, some of the apps on the App Store have not yet been updated to support the larger screen, therefore causing the apps to zoom in and appear blurred. If you’ve got a favorite app that hasn’t been updated for the larger iPhone 6 and the iPhone 6 Plus yet, you should probably check out a new jailbreak tweak known as ForceGoodFit.

Just as the name implies, the tweak forces old apps to stretch to the iPhone 6’s larger screen and allow you to view the app in full screen mode instead of having them zoomed in. From the two screenshots above, the left one is taken without the tweak install while the right one is with ForceGoodFit enabled. The tweak is quite similar to FullForce which was developed by Ryan Petrich to optimize apps for the larger iPhone 5. 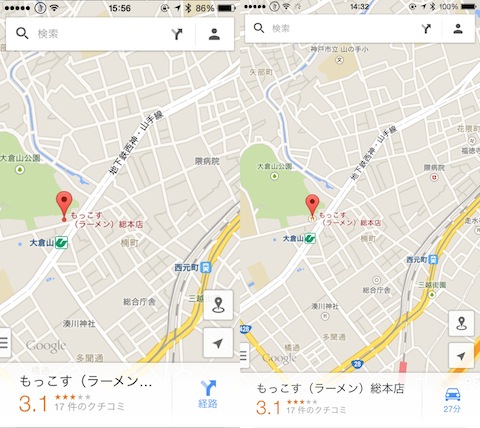 Unfortunately, based on comments from Reddit, the tweak doesn’t work with all the apps and even if it does, you’ll notice spacing issues in a few apps such as WhatsApp where the text box doesn’t fit the entire width of the screen. Yet, it’s a good way of preventing non-optimized apps from zooming in and appearing blurred.

Once you install the tweak, simply go to the tweak’s preference pane from the stock Settings app in order to choose the applications that you want to take advantage of the iPhone 6’s larger display. If the settings appear empty, you have to install AppList from Ryan Petrich’s repo: http://rpetri.ch/repo.

The good part is that ForceGoodFit is available for free on Cydia’s BigBoss repository so you can give it a try and see how it performs on your device. As you’d expect, the tweak works only on devices running iOS 8 and above.