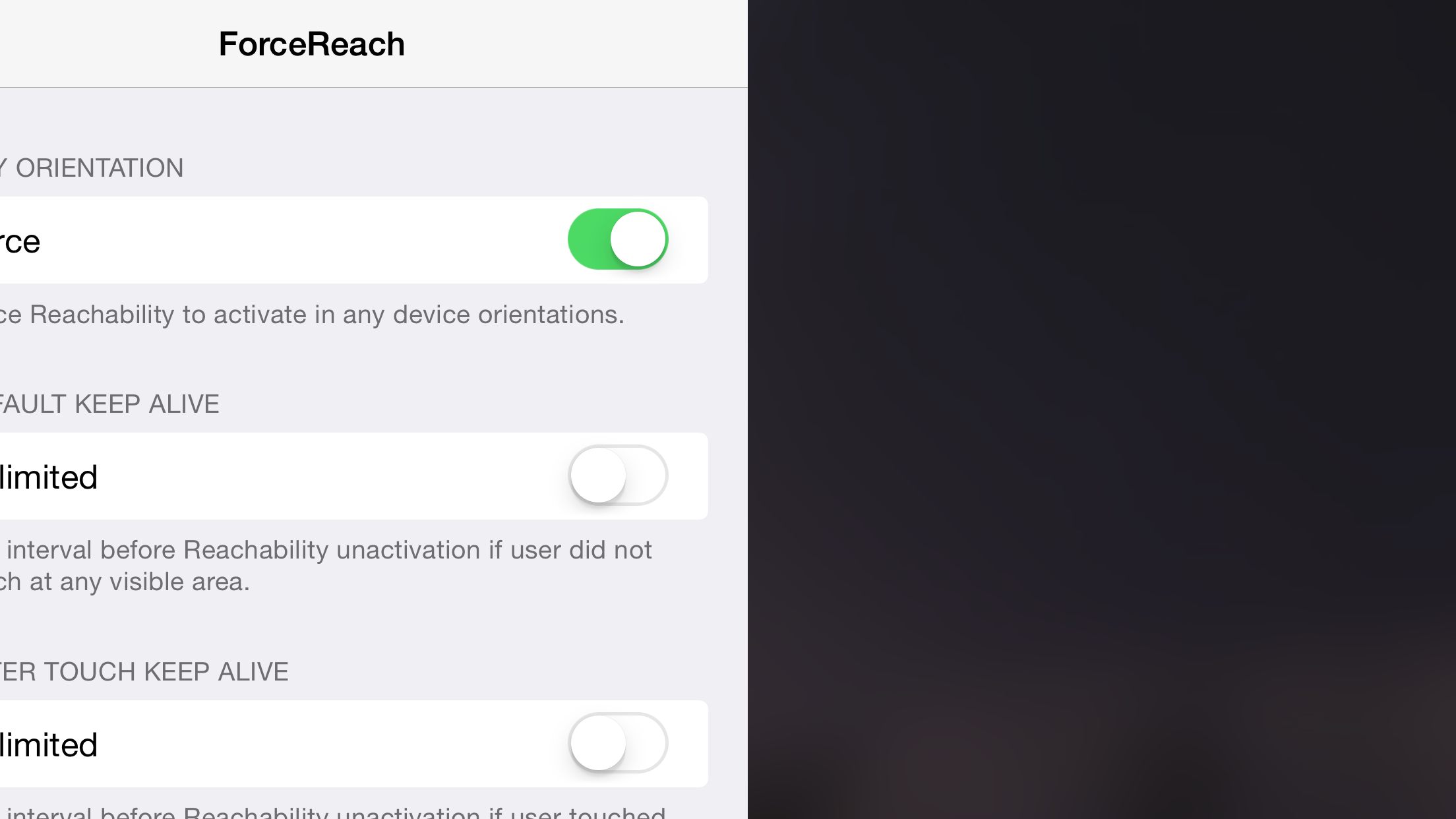 ForceReach is a new jailbreak tweak for Reachability enable devices like the iPhone 6 and iPhone 6 Plus. It serves as a way to extend the capabilities of Reachability, allowing you to invoke the mode while in landscape orientation, and eliminate the timeout that occurs after a few seconds of it being active.

Want to see how ForceReach works in action? Check out our video walkthrough inside for the in-depth details.

After installing ForceReach, you’ll find a new preference panel in the stock Settings app. You’ll find four switches that can be enabled in ForceReach’s preferences. Two of the switches allow you to enable Reachability in any orientation and disable its timeout respectively. You’ll also find an “after touch keep alive” setting, which removes the interval before Reachability is disabled after touching a visible area. Lastly, you’ll find the so-called “extreme mode”, which forces Reachability to activate in any possible state.

The result of ForceReach, at least at this point, is sort of a mixed bag. Yes, you can invoke Reachability in landscape mode, something you could never do before, but I question the overall usefulness of such capabilities. I guess it could be useful if holding the iPhone in one hand while in landscape mode, but it seems like such occurrences would be few and far between. 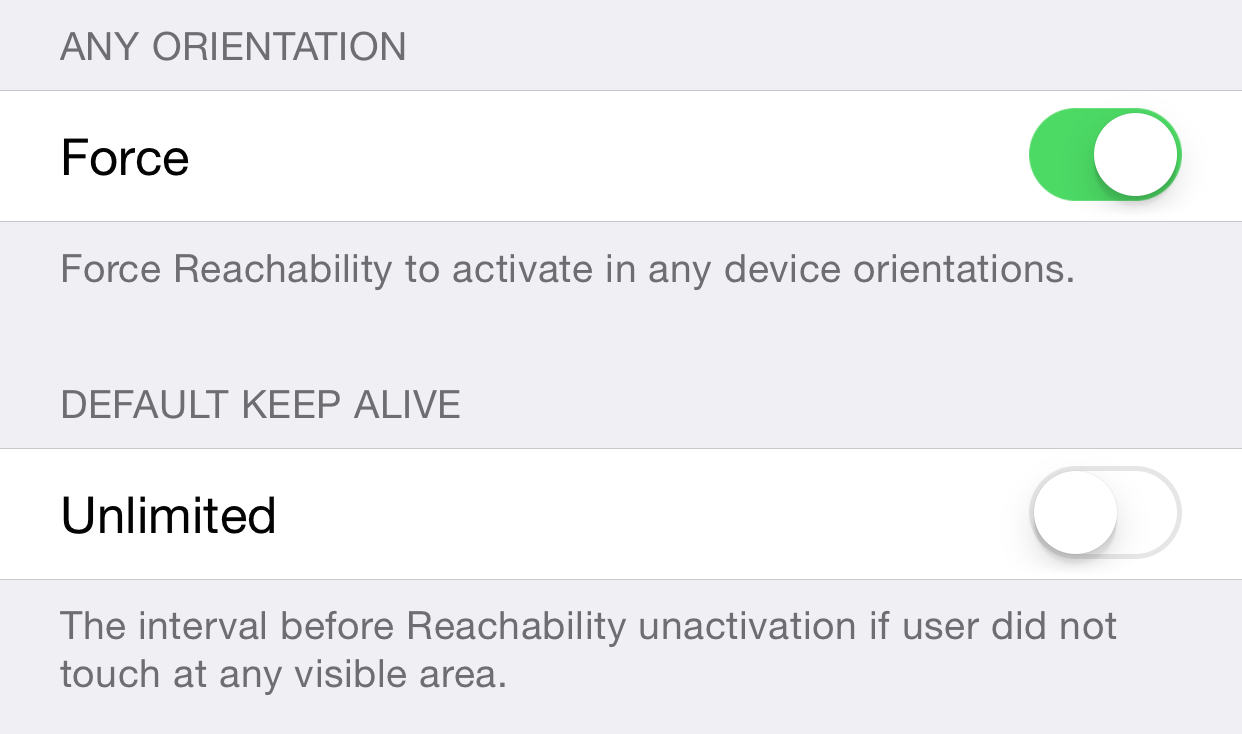 ForceReach also suffers from a few bugs. One of the most prominent bugs is showcased when invoking Reachability while in landscape mode on the Home screen. Watch the video to see what I mean.

With everything said, I think there is some definite tweak potential for Reachability. For example, it would be cool if you could reveal extra widgets hidden behind the Home screen by means of it. The possibilities are wide in scope, but I’m just not convinced that ForceReach addresses those in its current state.

If you want to try out ForceReach, head over to the BigBoss repo on Cydia where it can be had for free. Also, let us know what tweak ideas you have for Reachability in the comments section down below.