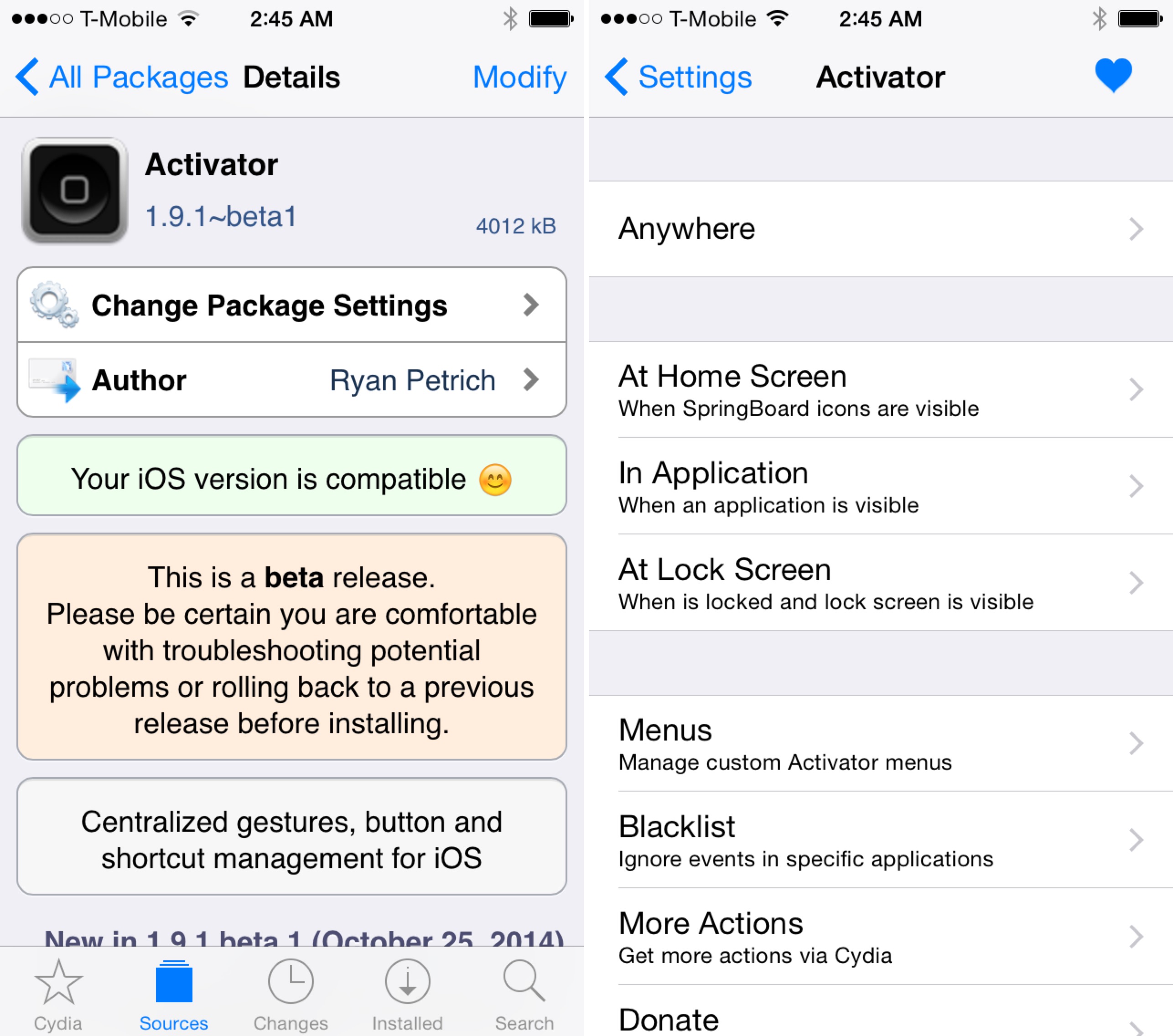 You know things are starting to roll when Ryan Petrich begins to update his vast library of Cydia tweaks. The first such tweaks to receive their iOS 8 updates landed on the prolific developer’s beta repo just a short while ago.

Activator, is of course, the headlining feature of them all, since so many other tweaks rely on it for core functionality. It, along with AppList and the FlipSwitch framework were updated.

To install Activator for iOS 8, you’ll need a jailbroken iPhone running iOS 8.x. If you’ve yet to jailbreak, you can follow our jailbreak and Cydia installation tutorials.

After you’ve jailbroken and installed Cydia, launch Cydia, go to the Sources → Edit → Add and type Ryan’s beta repo address. His repo address is as follows:

Once you add his repo, you’ll be able to download the iOS 8 versions of Activator, FlipSwitch, and AppList.

Now that we have access to such key releases, this should begin to open the floodgates for other developers to release updated versions of their work.

Are you happy to see a usable Activator for iOS 8? Actually, don’t even bother answering that question, as it was totally rhetorical. Of course you’re happy!