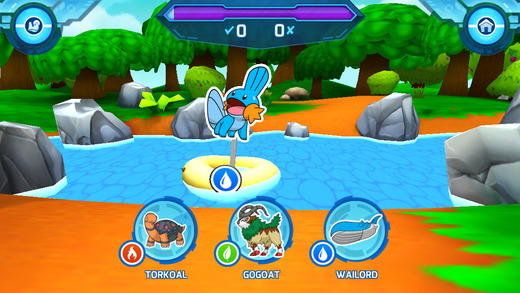 The Pokemon Company today released its second official game for iOS called Camp Pokemon. Aimed at kids between 6 and 8 years of age, the title takes place on an immersive island filled with various mini games that teach players what it takes to become a Pokemon trainer.

Completing each of these activities will net players a pin, which they can view later in their Pin Book, allowing them to track their progress. They can also collect stickers, which can then be used to decorate photos taken with either iPhone or iPad cameras from within the game.

Admittedly, this game probably won’t have much appeal for users outside of the recommended age range, but it’s still nice to see The Pokemon Company devoting resources to iOS. If you’re interested, you can find Camp Pokemon for the iPhone and iPad in the App Store for free.