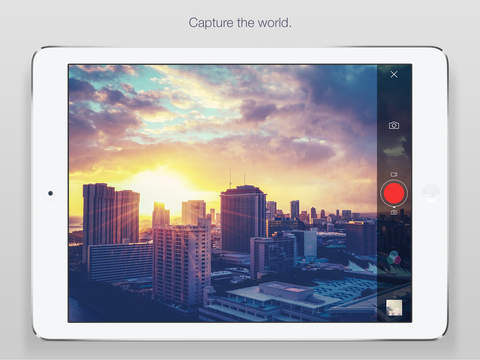 Yahoo’s Flickr photography service this past weekend issued an update to its iOS app bringing, at last, native interface on iPads, a new Share Extension on iOS 8 so you can post photos to Flickr from any third-party application which support system-wide Share sheets, the ability to access and edit photo details in the mobile app, use unified search across your photos, albums, groups and Flickr photos and more.

The iPad UI gives you the full set of options to access, organize and share your Flickr images from any device, including live filters and a set of professional editing tools on iPad. You can also change your Flickr avatar and background photo in the iPad app.

The universal search feature lets you find the right photo across your photos, albums, groups and Flickr photos (both your own and community photos) “without any need for tags or additional photo information”.

Check out the iPad UI in action.

The 67.7-megabyte download is requires an iPhone, iPod touch or iPad compatible with iOS 8.0 or later.

For those wondering, Flickr is home to about ten billion photos. The service offers one terabyte of cloud storage to upload and hold your photos, great for fans of iPhone photography who want to back up their photos online without buying additional iCloud storage.