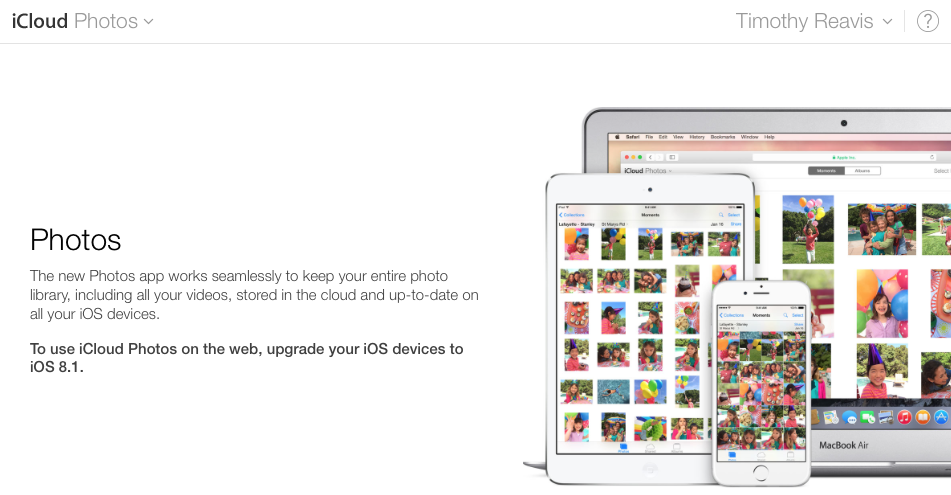 Ahead of October 20’s public launch of iOS 8.1, Apple has released iCloud Photos to users running the iOS 8.1 beta on their devices. Qualifying accounts will be able to access iCloud Photos to view their iCloud Photo Library on the web through the beta version of iCloud.com.

Reports indicate that iCloud Photos looks and functions much like the stock Photos app on iOS, with the ability to view photos and select them to download to your computer.

Users who don’t yet have iOS 8.1 installed on a device will be prompted to update upon attempting to access iCloud Photos, meaning non-developers won’t receive access until Monday.

iCloud Photos on the web is part of Apple’s plan to offer a system of synchronizing all of a user’s photos amongst all the devices connected to an account, with web access available from any internet-enabled location upon signing in to iCloud.com.