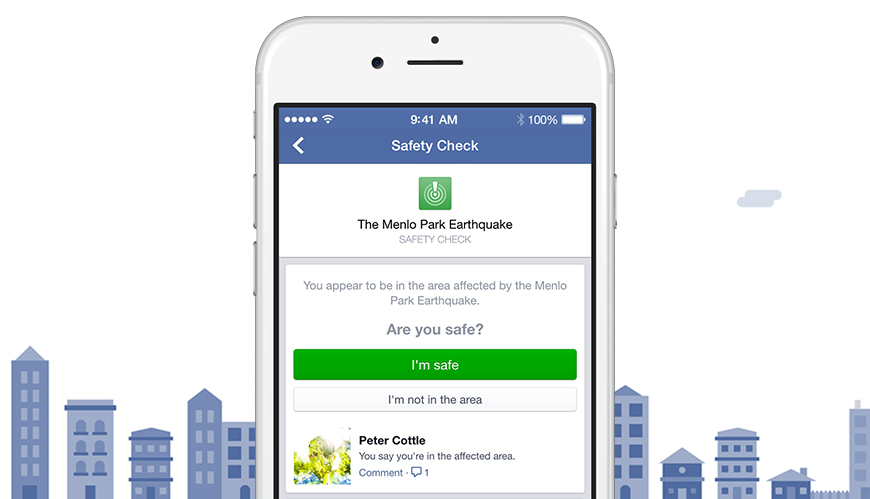 Facebook on Wednesday introduced a new feature which allows its users on desktop and mobile to let their friends know they’re okay during a natural disaster. They’re calling it Safety Check and the way it works is this: upon analyzing your location and determining that you’re in the affected area, Facebook offers you to tell it that you’re okay.

This gives your friends and family members a sense of your situation, said the Menlo Park-based social networking giant. The system automatically sends a push notification to users who find themselves stranded in a location where a disaster has occurred. In response, people can check in as “safe” to confirm their wellbeing.

The system also puts up a list of nearby friends who may be caught in the disaster, along with their respective safety statuses. The new “I’m safe” button will automatically appear for those caught in a disaster, with the News Feed story published automatically on your Timeline.

Check out a brief introductory video of Safety Check.

Facebook developed Safety Check after its Japanese engineers had created a Disaster Message Board following the devastating tsunami and earthquake which hit the country in 2011.

“Our engineers in Japan took the first step toward creating a product to improve the experience of reconnecting after a disaster,” wrote the firm. “During that crisis we saw how people used technology and social media to stay connected with those they cared about”. 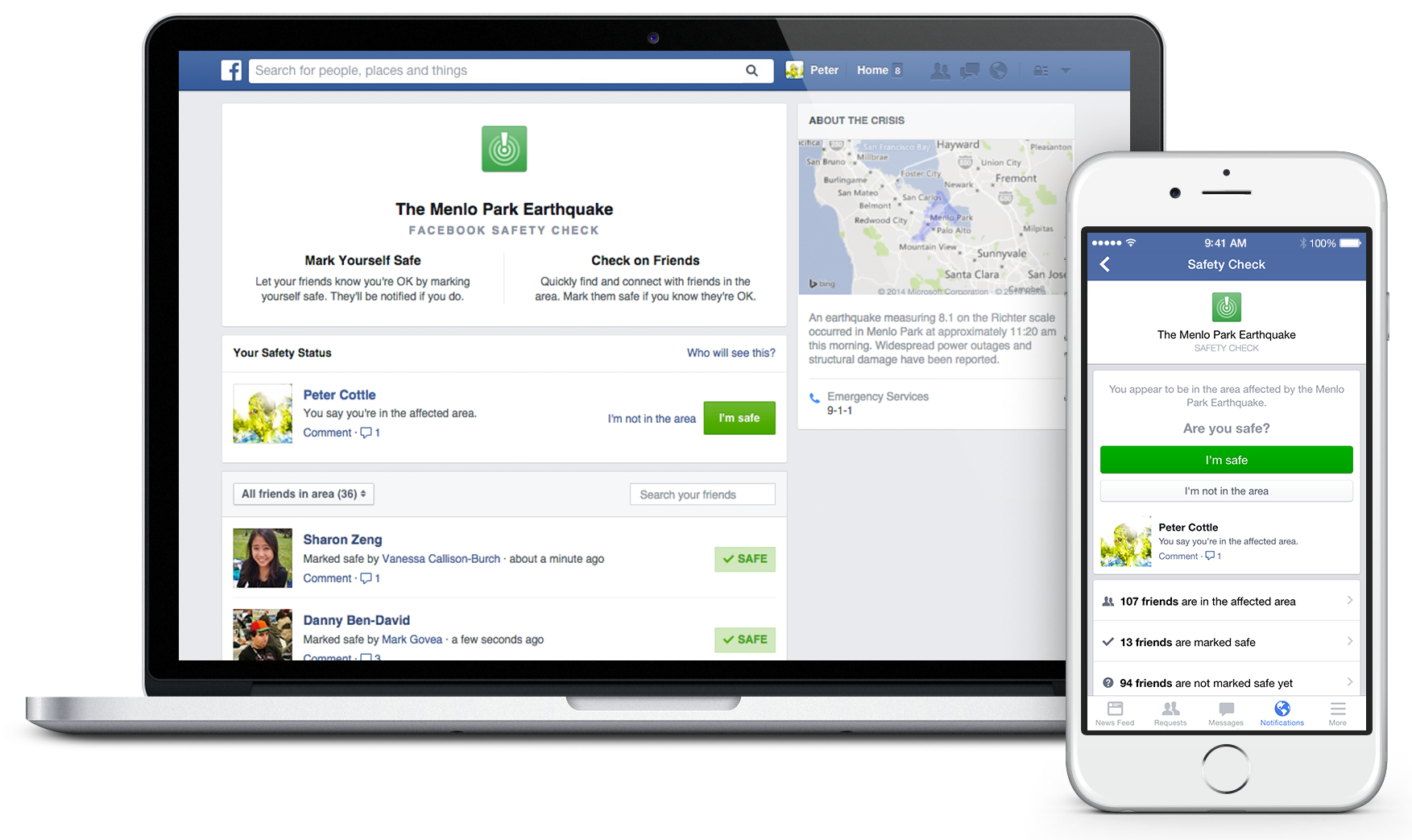 In addition to the “I’m safe” button, another option allows you to click the “I’m not in the area” button to tell Facebook that you’re actually not in the affected area in case the system has gotten your location wrong. 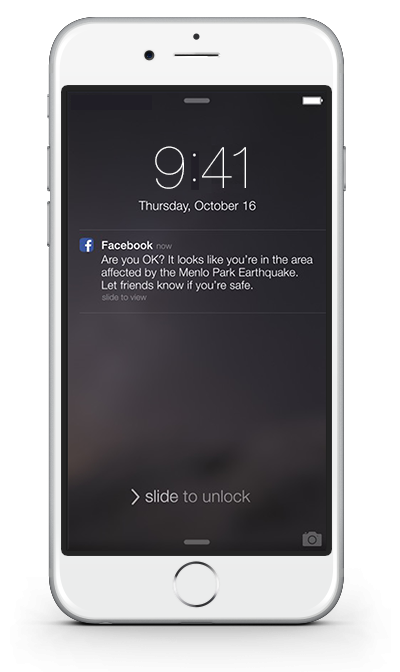 But how exactly does Facebook figure out if you’re located in a danger zone?

Basically, they’re combining several location information such as the places listed on your profile, the city from which you’re connecting to the service and your previous locations from the Nearby Friends feature.

Safety Check will be available globally on Android, iOS, feature phones and desktop, though no timeframe was given at post time.