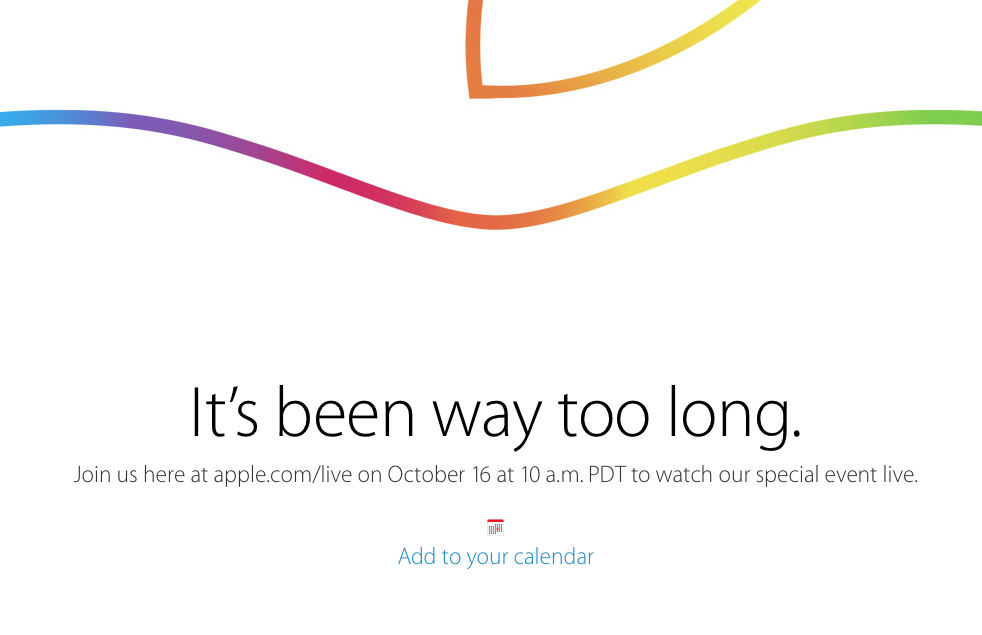 Apple has posted a notice on its website this morning to confirm that it will be providing a live video stream of next week’s iPad event. There’s no countdown timer this time, but the company published the above image showing the stream will begin at 10am on October 16.

This keynote should be fairly low key compared to the iPhone 6 event, as the venue is much smaller and there are no mysterious white buildings nearby. That may not be a bad thing for Apple’s broadcasters, as the previous live stream embarrassingly buckled under the traffic.

The website says that the event will be streamed live to Apple.com, but we also expect to see it on the Apple TV and other iOS devices. If for some reason you can’t watch the keynote, or you just want some commentary on the event, make sure to tune into iDB next Thursday.