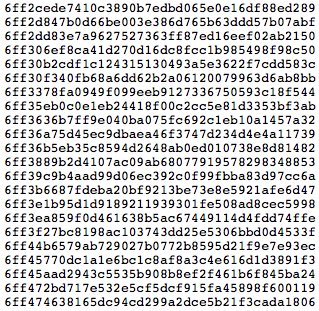 A list of 700,000 UDIDs of devices used to install cracked tweaks from a pirate repo have been leaked online a few days ago. The list of leaked UDIDs, which was apparently compiled several months ago, is available as a text file, and a Twitter account was specially created to tweet one UDID every few minutes to somewhat expose the pirates.

Besides trying to shame the pirates by exposing their UDIDs, this move doesn’t represent much risk for the users whose Unique Device Identifier was leaked as it can hardly be tied to any personal information that could identify a user.

In October 2012, a group of hackers leaked 1 million UDIDs, which raised much controversy. Apple quickly responded by banning the use of UDIDs for app developers and created a new Advertising Identifier instead, which made its first appearance with the release of iOS 6. The ban of UDID use in apps was enforced as of May 2013. So it is extremely unlikely that any personal information could be revealed because of these UDIDs, but there is still a possibility.

If anything, this proves once again that using pirate repos is a bad idea. Not only it’s immoral, but it could put you or more specifically your device at risk (see unflod, AdThief, AppBuyer, and Xsser mRAT).

Update: cpvideomaker, who was responsible for parts of this leak, confirms the goal wasn’t to shame anyone.