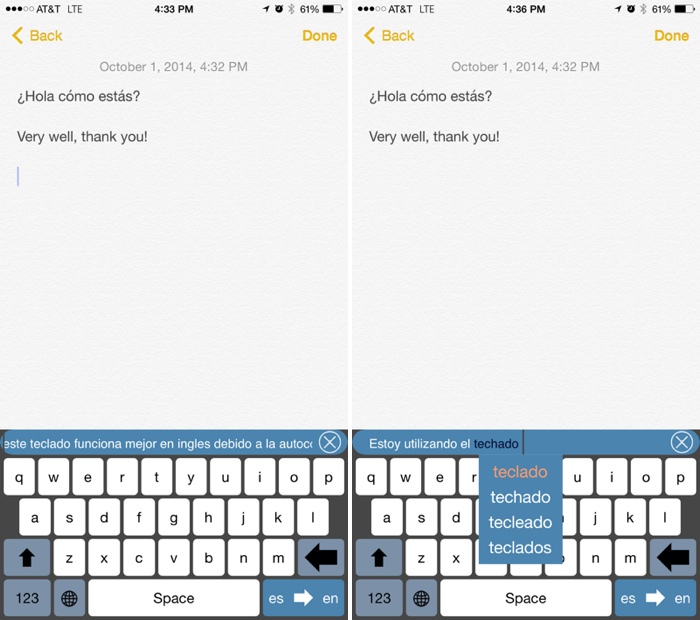 You can now put Translator Keyboard by developer Steven Barnegren on your list of system wide third-party keyboards available in the App Store for the iPhone, iPod touch and iPad devices running iOS 8 or later.

First spotted by MacRumors, the $1.99 iPhone and iPad software makes it easy to translate any text to 44 different languages (and translate from 30 languages) by choosing your source and target language straight from the keyboard.

Because third-party software keyboards on iOS 8 are available in any app, you can literally get translated text as you type in any app, without using a dedicated translation software. To switch between languages, just swipe on the keyboard.

The app uses Microsoft Translate, an “industry leading translation API,” and even auto-corrects your spelling in any given language.

The downside to auto-correct is its aggressiveness, requiring you to fix every misspelled word. Barnegren is aware of the problem and confirmed to MacRumors that the option to disable auto-correct will be added in a future update.

Due to the use of the Microsoft Translate API, an Internet connection is required and you’ll need to confirm “Allow Full Access” even though the app does not store your keystrokes in the cloud. 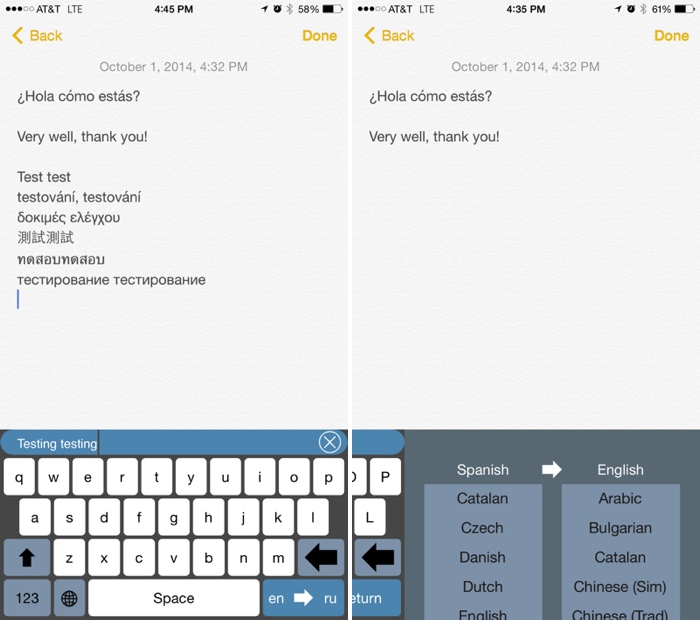 Translation from the following languages is supported:

Keyboard Translator is compatible with any iPhone, iPad and iPod touch supported by iOS 8.0 or later.