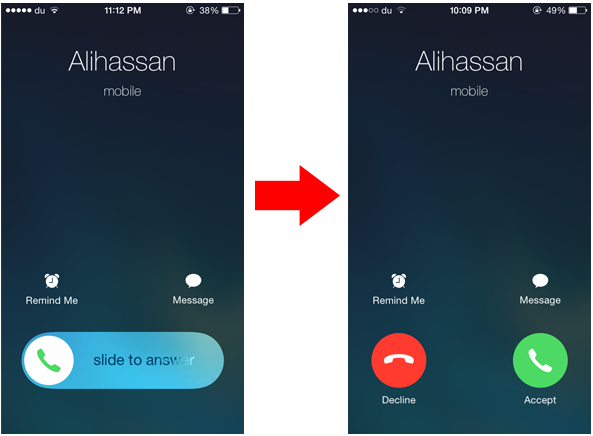 When your iPhone is locked and you receive a phone call, you’ll see a slide to answer knob that allows you to respond to the call, and declining a phone call will require you to press the Sleep/Wake button twice. Cou is a new jailbreak tweak that allows you to customize this interface and replace the slider found on the Lock screen with buttons you normally see when you receive a call while the device is unlocked.

Developed by danteseig, Cou replaces the Slide to Answer slider with two buttons called ‘Answer’ and ‘Decline’. This means that you can easily reject a phone call by pressing the Decline button rather than double pressing the Sleep button.

Other than this, the tweak also allows you hide the tiny ‘Remind Me’ and ‘Message’ buttons that appear when you’re receiving a phone call. 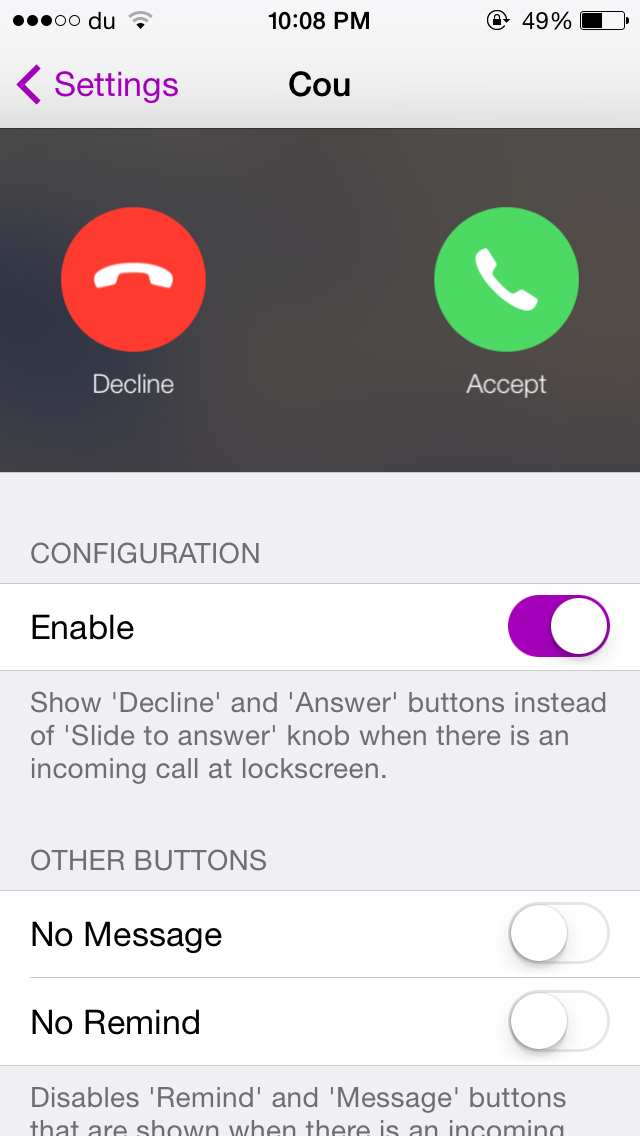 After installing Cou, head to the tweak’s preference panel from the stock Settings app. There, you can enable or disable the tweak via the kill-switch toggle as well as hide the Remind Me and Message buttons on the incoming call interface. Enabling/disabling the tweak requires you to respring your device.

That’s all the tweak offers and if you’re like me and prefer to have buttons rather than the sliders, then you should definitely give this tweak a try. Cou is available on Cydia’s BigBoss repository for free and is compatible with iOS 7 devices.