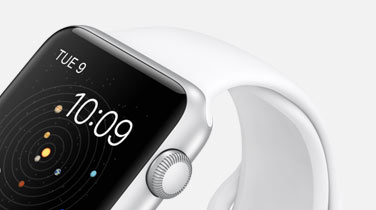 It’s safe to say that no one knew anything about the Apple Watch until it was revealed on stage at Cupertino’s Flint Center, just a few hours ago. With that in mind, expectations were varied, and it was hard to guess what type of tech Apple would be putting into its diminutive device.

Sure, we heard rumblings about some of the various sensors that might be included in the watch, and some of it was common sense more than anything. But ultimately, what was just unveiled by Tim Cook and company came as a surprise to us all.

We’ve already broken down many of the personalization options and design principals, but the technology behind the Apple Watch is especially fascinating. Inside, we’ll talk about some of the most prominent technological feats to make its way to Apple’s inaugural wearable device.

I would call it a crowning achievement, but that would just be a pretty bad pun. Seriously, though, input has been one of the sore spots of smartwatches and wearable devices since the their inception. The problem with touch input on a device so small, is that your fingers usually get in the way and obscure the screen.

Apple’s solution to this, as has been the case with all of its flagship game-changing products, is to come up with a new input method. The Macintosh had its mouse, the iPod its click wheel, the iPhone its touch screen. For the Apple Watch, the new method of input is the digital crown. 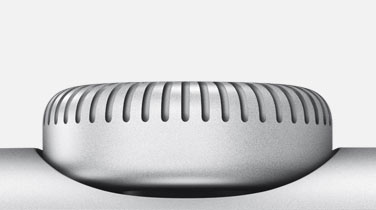 The digital crown mimics the look of a traditional crown on a tradition watch—the knob used for winding a watch, setting the time, date, etc.—and replaces it with a digital version that allows for zooming and panning on the Apple Watch interface.

Think of the digital crown as a mix between the iPhone’s Home button, and the iPod’s click wheel. Along with zooming and panning, a press on the digital crown will take you back to the Apple Watch’s Home screen.

What strikes me the most about this new form of input, is how smooth and precise the movements seemed to be. Obviously, I can’t say for sure without going hands-on with the device itself, but the videos did enough to convince me that this would be a satisfying and accurate means of input.

If it wasn’t for the digital crown, the Apple Watch’s touch screen would sit at the top of the heap with regard to technology. It’s a high resolution Retina display that’s capable of showcasing rich graphics, sharp fonts, and crisp photos. 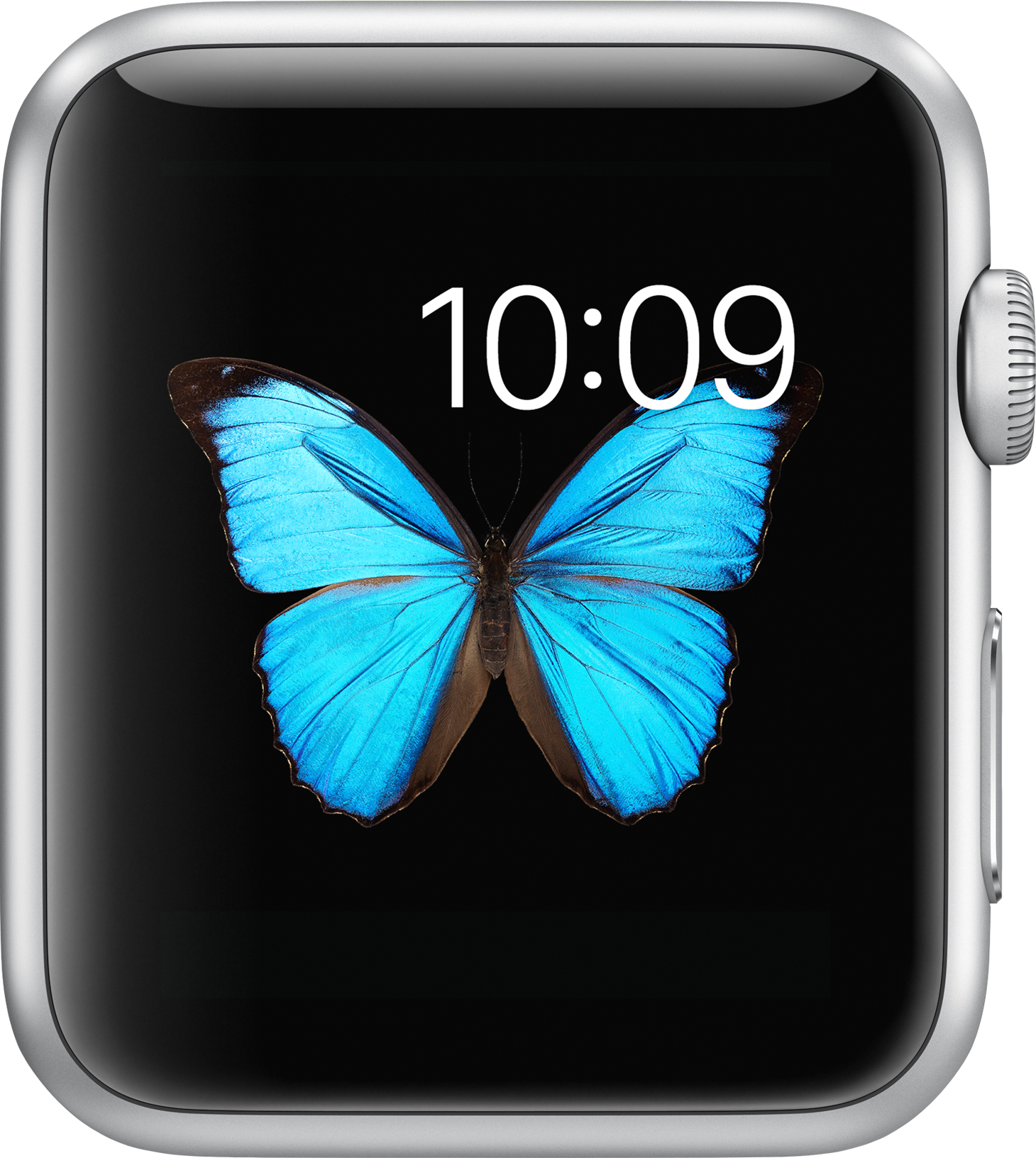 The display, which is rumored to be of the OLED variety, lends the energy efficiency necessary for a device this small. After all, a small device equals an even smaller battery.

Even more interesting, though, is the concept of a new Force Touch gesture. Thanks to the tiny electrodes around the flexible Retina display, the Apple Watch can distinguish between a light tap and a firm press, resulting in the appearance of unique contextually specific controls. Apple calls this the most significant new sensing capability since Multi‑Touch, and I’d tend to agree. The new Force Touch gesture lends depth to your touches, something that current iPads and iPhones just aren’t capable of doing.

Each Apple Watch includes a linear actuator that produces haptic feedback. The purpose of this haptic feedback is not merely to produce sterile, impersonal, alerts and notifications. On the contrary, the Taptic Engine is geared towards producing an almost human element in Apple’s new wearable.

When receiving alerts, turning the digital crown, or tapping the screen, you’ll feel a tactile sensation that’s unique for each kind of interaction. The result is a feedback engine that provides a keen sense of awareness and subtlety.

Most importantly, however, the Taptic Engine provides users with a nuanced experience that allows for intimate communication with other wearers of Apple Watches. For example, you could get your wife’s attention with a tender tap, or send her a digital representation of your heartbeat, and both would appear on her watch.

Speaking of heartbeats, the Apple Watch includes a built-in heart rate sensor. This comes as not a surprise, but as a forgone conclusion. I think we all expected a heart rate sensor, among other sensors, to make an appearance in Apple’s wearable, and it did not disappoint in this regard. 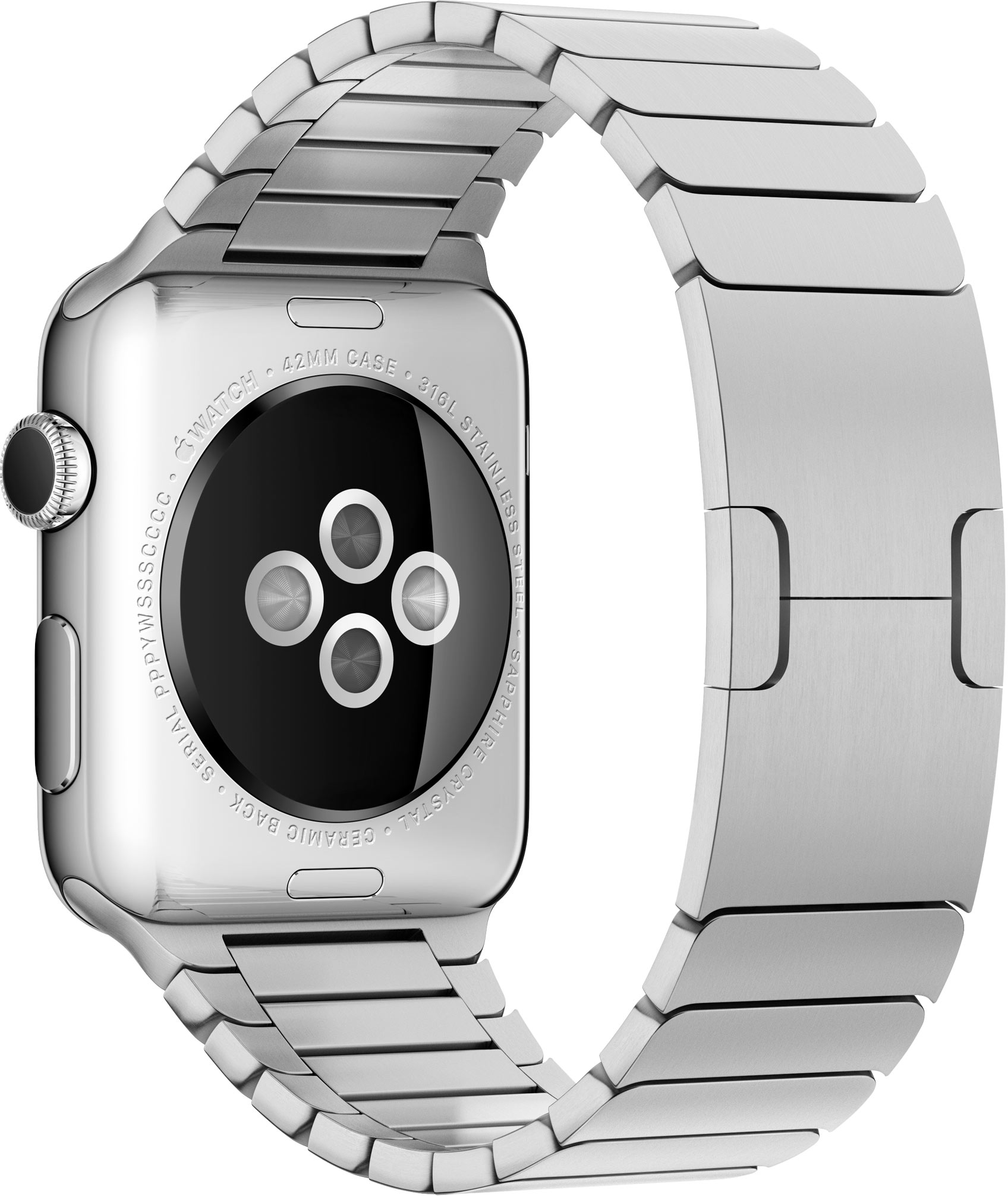 The heart rate sensor in the Apple Watch is located on the rear of the device, and it’s covered with sapphire lenses to protect the specially designed sensor, which utilizes both infrared and photodiodes along with visible-light LEDs. This sensor, along with an accelerometer, and the GPS and Wi‑Fi radios in your iPhone, can work together to measure physical movements more accurately.

As far as rumors go, they seem to have been dead on with regard to the charging aspects of the Apple Watch. Indeed, Apple’s wish is that users will be able to charge their Apple Watch in the dark, or while half asleep. The result is a mix of Apple’s MagSafe technology, which is prevalent in its MacBook line, and inductive charging. 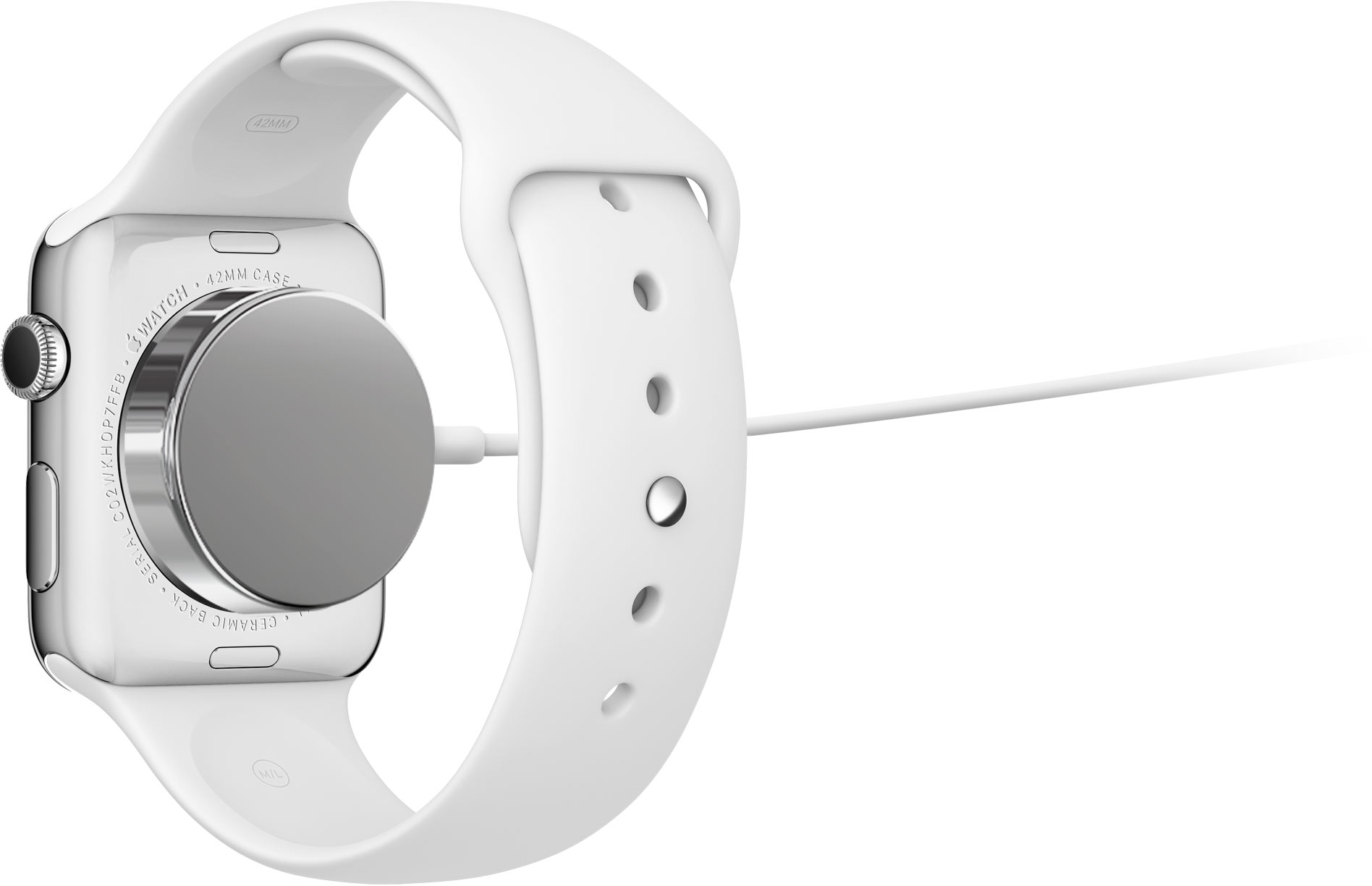 Users can simply place the charging pad near the rear of the Apple Watch, and the charger will attach to the device via magnets, self-aligning itself for the perfect connection every time.

The S1 System on a Chip

The Apple Watch utilizes a custom system on a chip (SOC) dubbed the S1. Since its current iPhone SOC architecture could not fit within the small confines of the Apple Watch, something custom had to be designed. The result is the S1.

The S1 is completely encapsulated in resin to protect its electronics from the normal wear and tear that’s normally associated with a watch. This, presumably, includes water, shock, dirt and grime, etc.

Although we certainly have a wealth of knowledge about the Apple Watch, there are still quite a few questions that have gone unanswered. I suppose we’ll have to wait for the inevitable leaks, and the actual product release in early 2015, before we’ll be able to answer all of our questions.

Some of my remaining questions are:

And that’s really just the tip of the iceberg when it comes to questions. Perhaps some of them will be answered in the coming days and weeks, or, perhaps we’ll have to wait until the device gets closer to launch.

At any rate, the Apple Watch looks to be an impressive piece of tech. Although it doesn’t appear to have all of the sensors that it was rumored to have, I’m still plenty excited, and I’m sure that Apple is still holding a few trump cards in its hand for later.