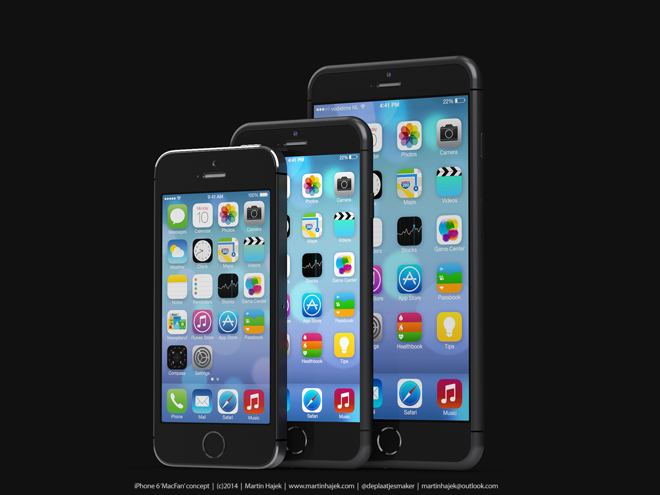 As we count down the remaining hours before Apple kicks off its exciting media event at 10am PT / 1pm ET, a lot of confusion has risen as to what kind of moniker the company might adopt for its next iPhone model which the press dubbed the iPhone 6.

Now, rumors have pointed to a bunch of different names for the handset, ranging from a clean “iPhone” and ”iPhone 6” to the highly dubious branding schemes such as “iPhone L”, “iPhone Air”, “iPhone Pro” and even ”iPhone+”.

This is your chance to voice your opinion. You’ll find a non-scientific poll after the break asking you what you think Apple should call its next iPhone so cast your vote and join us in comments.

But why the assumed name change in the first place?

Well, the eighth-generation iPhone is widely expected to file as the biggest iPhone launch since the original iPhone. That said, a catchy new name would convey Apple’s message properly and could help push the product into the public consciousness, conventional wisdom has it.

Also keep in mind that Apple is no stranger to rebranding established products under a different moniker. Case in point: the company last year switched from using number suffixes for full-six iPads to advertising the fifth-generation tablet as the iPad Air to highlight its light and thin appearance.

Should Apple do the same with iPhones?

Personally, I think it will be called the iPhone Air.

Given Apple’s now using its ultra-thin notebook’s “Air” suffix with respect to the iPad Air, I see no reason not to use the same moniker to streamline product branding and better associate the upcoming handset with Apple’s all-new design revolving around the thin and light appearance.