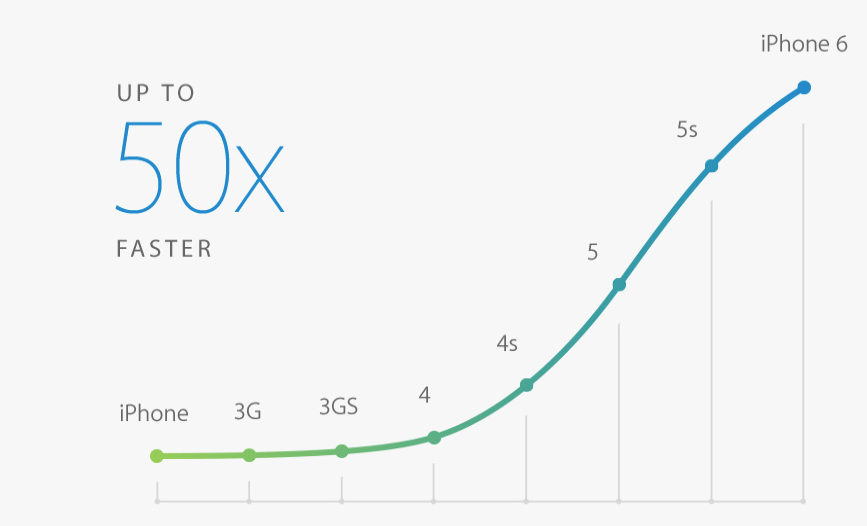 Apple’s new iPhones — the iPhone 6 and iPhone 6 Plus — come outfitted with Apple’s in-house designed A8 system-on-a-chip which has an astounding two billion transistors, twice as many as its predecessor, the A7.

The second-generation 64-bit mobile processor is fabricated on a smaller 20-nanomenter process technology making it more power-friendly and thirteen percent smaller than the A7. 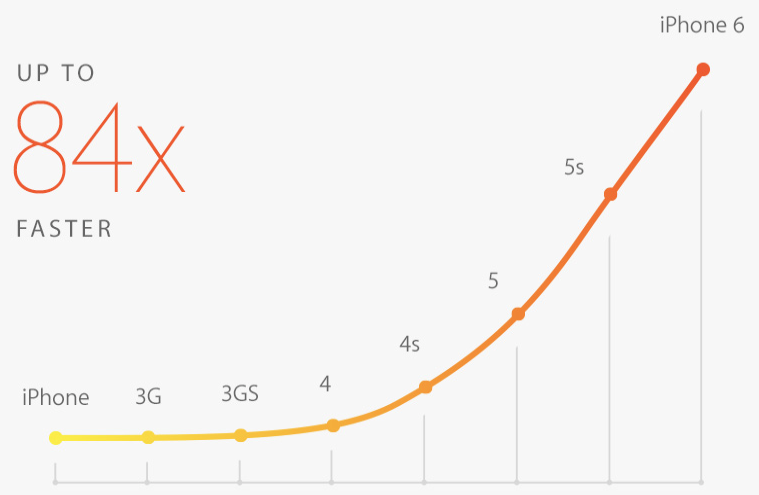 He says the gains provide “sustained performance,” suggesting the A8 packs in enough power to drive higher-resolution apps while maintaining its low energy consumption.

At any rate, the 50 percent faster graphics should really make a huge difference when coupled with Metal, a 3D graphics engine that Apple introduced last year which trims the fat and lets developers access hardware-specific features of the GPU without the overhead of OpenGL.

What do you think about the A8?

Are you liking what you’re seeing thus far?