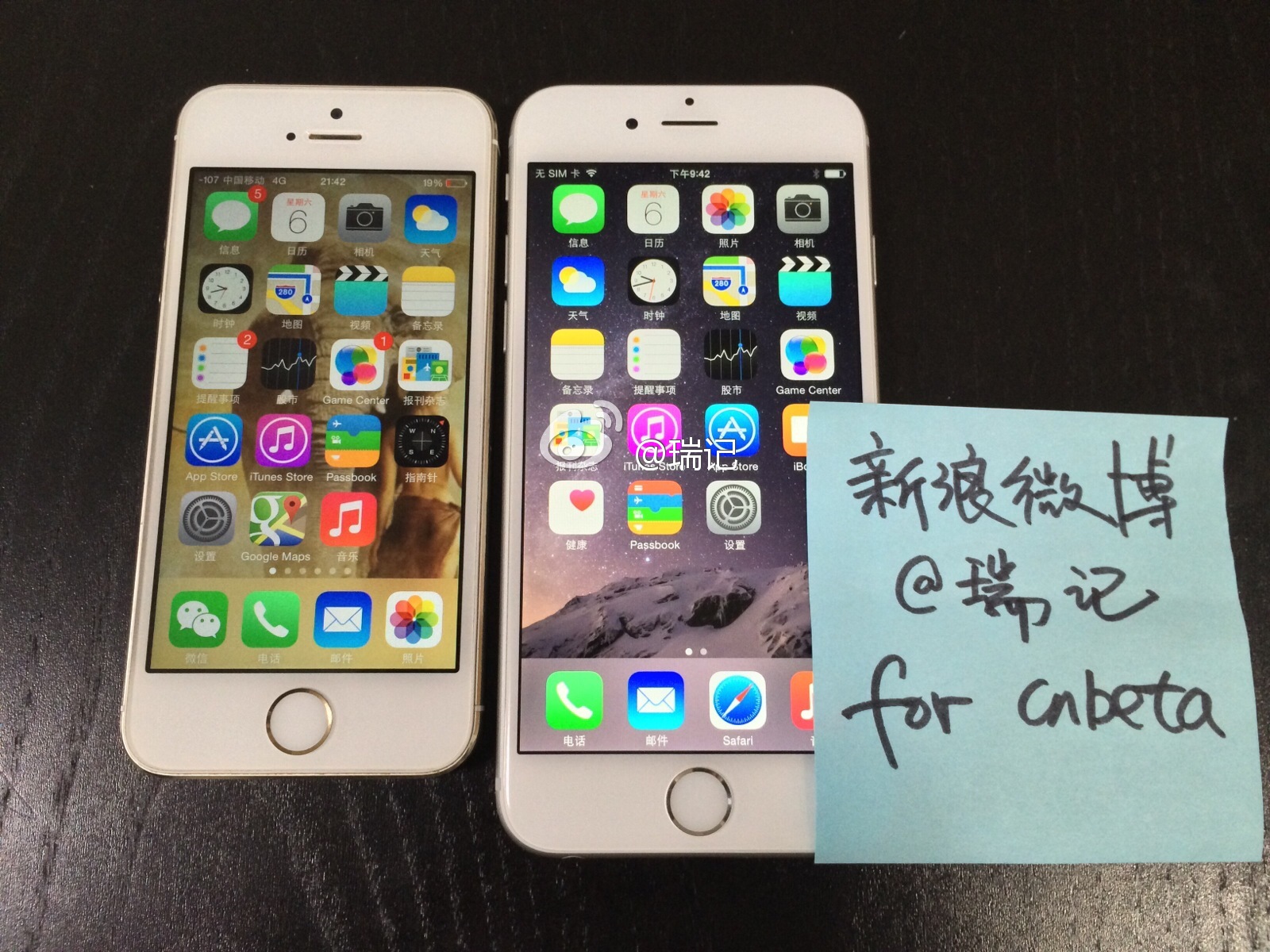 A new video and several photos of a purported working iPhone 6 have surfaced on Weibo today. The photos and video show what’s believed to be an authentic 4.7 inch iPhone 6, sporting a new wallpaper as well as a new Passbook icon. Even though it is hard to confirm the authenticity of this device, it does seem to show some hints of legitimacy.

The video (reuploaded courtesy of 9to5mac) shows the iPhone 6 Lock screen, as well as the device being unlocked via Touch ID. As you can tell from the video, the animation that goes from the Lock screen unlock to the Home screen is pretty smooth.

One of the photos shows the About section of the Settings app which indicates the device is running iOS 8 build 12A365. Other photos show an App Store listing for the Weibo app, as well as the identification popup to complete the purchase of an app.

From the image above, it seems that this device would be able to fit up to 6 rows of icons on the Home screen, which is one more than the maximum of 5 rows of icon an iPhone 5s can fit (in addition to the dock). Admittedly, the spacing of the Home screen icons looks a little off though.

Maybe the most interesting detail is the new Passbook icon which adds a fourth row to its design. Current Passbook icon features three rows inside its icon, each row depicting a different possible use of Passbook. This new Passbook icon shows four rows, adding one that appears to sport a credit card, which of course would fit just right in with the recent rumors of the iPhone 6 featuring a new mobile payment system. 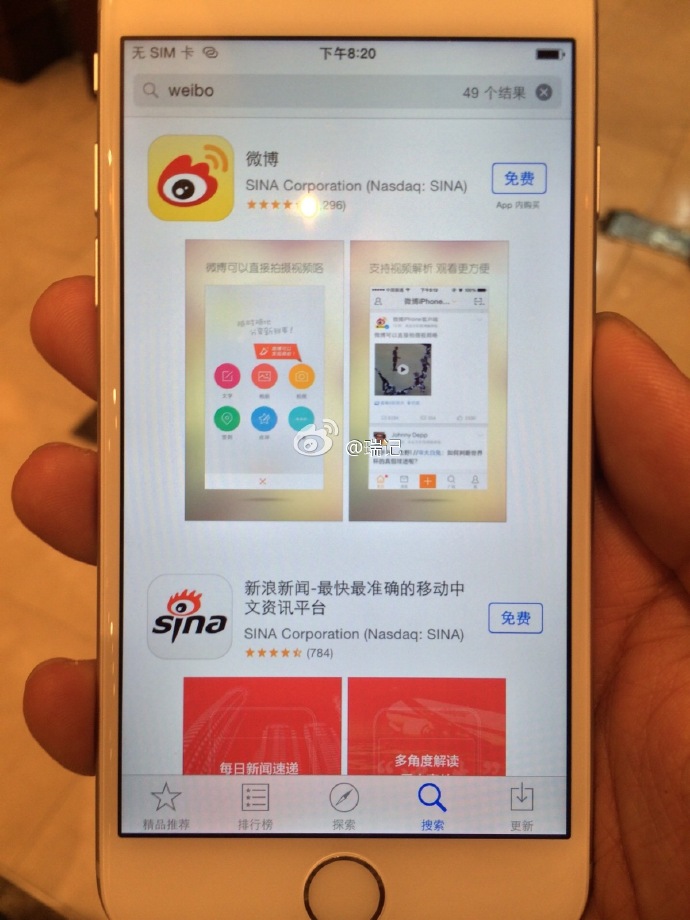 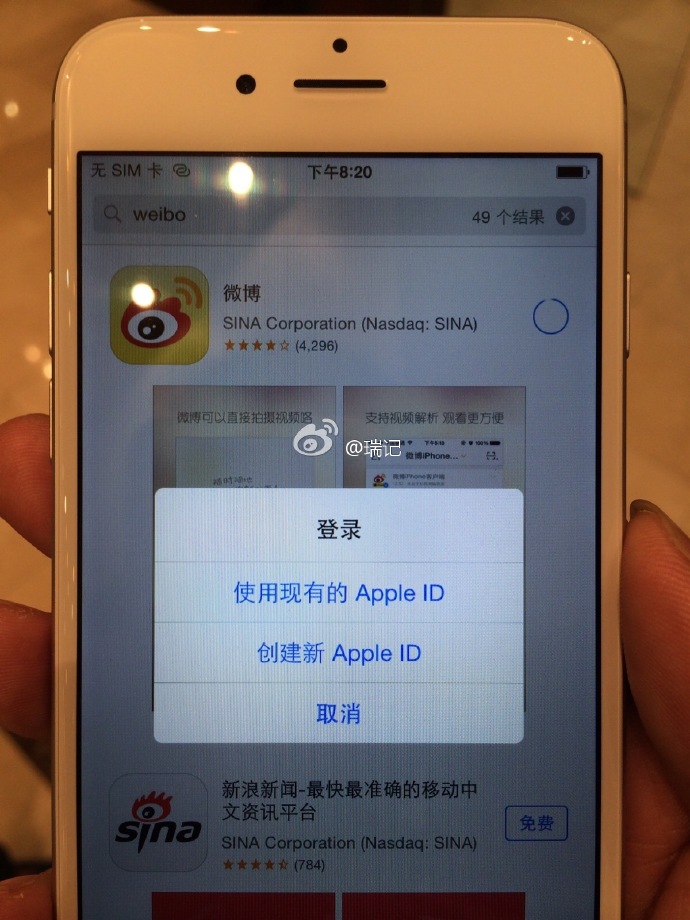 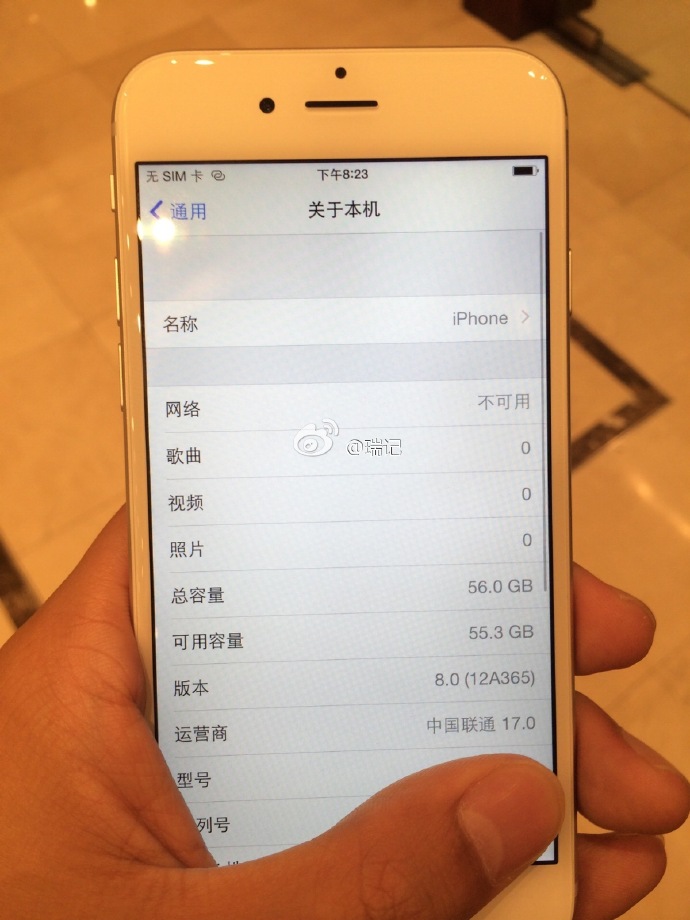 If anything, this looks like the closest thing to a real iPhone 6 we’ve seen so far. But of course, we won’t know for sure until Tuesday.

More videos were published, via TheTechGadget: