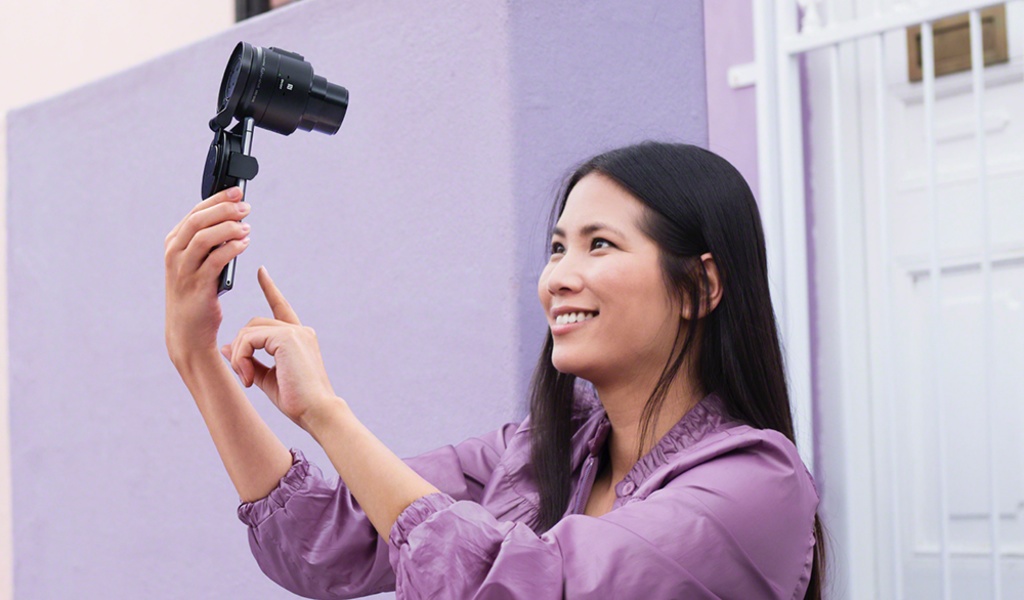 The Japanese giant Sony is gearing up to unveil a number of new gadgets at the IFA press conference which kicks off tomorrow in Berlin. And with 24 hours until the presser, an ILCE-QX1 E-mount camera has conveniently leaked out.

The latest addition to its QX-branded smartphone and tablet camera accessory lineup, the forthcoming ILCE-QX1 E-mount camera reportedly won’t have a fixed lens and instead will let you use any of Sony’s E-Mount lenses, the oft-reliable SonyAlphaRumors blog reported Tuesday.

As if that wasn’t enough, the ILCE-QX1 is said to feature a 24-megapixel APS-C sensor and a built-in flash. That being said, compatibility with the E-Mount lenses is bound to strike a chord with iPhone photography fans.

It’s all about the selfie-taking madness, if the press photograph top of post is anything to go by. Additional press photos of the accessory shared by SonyAlphaRumors are included below.

The accessory should connect wirelessly to Apple’s iPhone, be controlled by a special app and let you swap out different lenses for various uses. 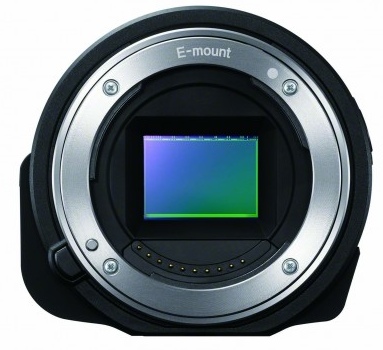 For those unfamiliar with the E-Mount range, the moniker represents Sony’s prosumer lenses for the company’s NEX-branded camcorders and mirrorless digital cameras. And speaking of NEX, it’s important to note that Sony’s mirrorless cameras provide an interchangeable lens mount, but lack a mirror reflex optical viewfinder. 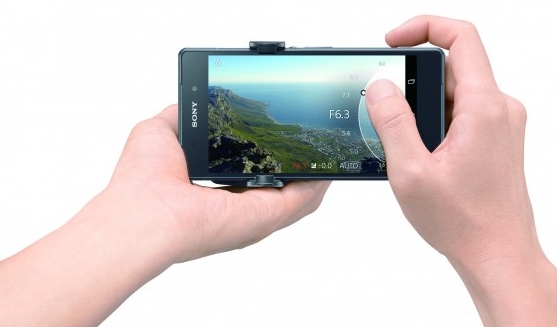 The ILCE-QX1 will be Sony’s third camera lens attachment for smartphones and tablets following the release of the Cyber-shot QX10 and QX100 a year ago. Like its predecessors, the ILCE-QX1 latches magnetically onto your iPhone or Android device via a clip-on mount. 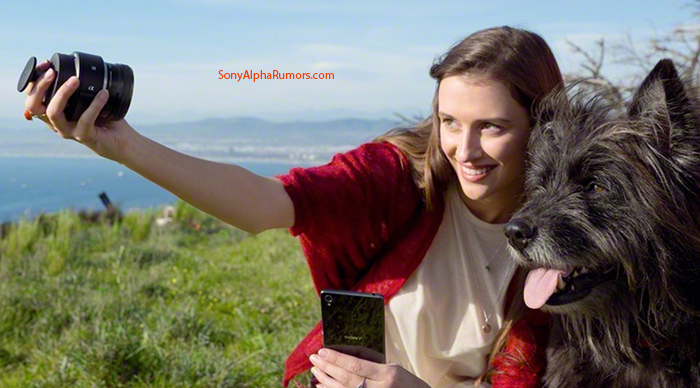 There was no word on pricing at post time, but all should be revealed tomorrow, September 3, as Sony takes the stage at the IFA show in Berlin at 4pm local time to deliver a flurry of product news.

No matter how you look at it, the ILCE-QX1 is something of a game-changer: the accessory is basically a complete camera in its own right, one promising to relegate your iPhone to a glorified viewfinder. 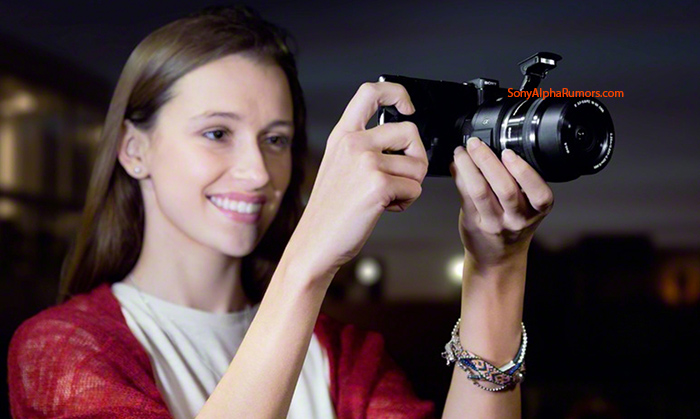 And if the press shot above is an indication, there’s some kind of a pop-up flash for professional mobile photography. Last but not least, the attachment is thought to use the Exmor APC-S sensor.

All told, the ILCE-QX1 certainly does look like a professional camera, especially with this kind of design and build quality.

As a reminder, here’s a promo video showing off the existing QX100 and QX10 attachable lenses, which connect to the iPhone via Wi-Fi direct and are controlled by the current Sony Playmemories app for iOS.

For what it’s worth, SonyAlphaRumors claims the ILCE-QX1 body itself will be priced at €300, or approximately $400.

Folks in the market for both the body and the 16-50mm lens shouldn’t be surprised by a bit steeper asking price of €450, which works out to about $590.