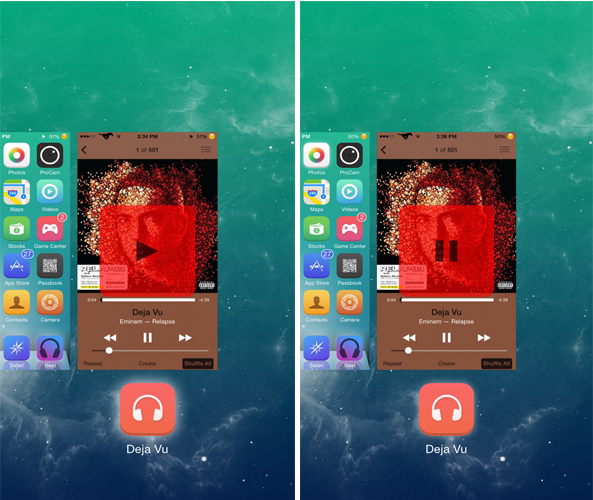 The main purpose of the App Switcher is to display the apps running in the background as well as enable you to close them. PlayTask is a brand new tweak that makes the App Switcher a little more useful by allowing you to play or pause music.

Developed by TheJailPad, PlayTask allows users to play or pause the currently playing song by swiping down the Music app card in the App Switcher. The tweak not only works with the stock Music app but with other third-party apps as well such as Spotify. By default, when you swipe down a music app card in the App Switcher, nothing happens, but with PlayTask, the music will start to play from where you left it or it will pause.

The only time that I think this tweak will come in handy is when you want to quickly switch from the stock Music app to Spotify for example. Other than this, you can already play or pause a music directly from Control Center so it’s not really that useful. 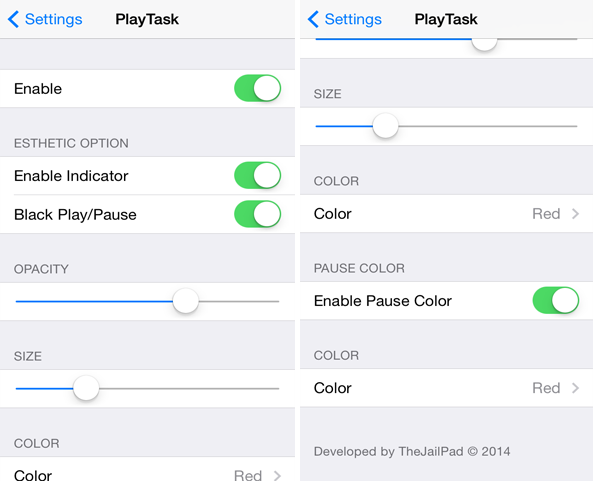 The tweak also adds a preferences pane to the stock Settings app where you can enable or disable it, customize the play/pause HUD that appears on a music app card along with its opacity, size and color. You’ll also find various other customization options.

Note that PlayTask doesn’t work with Auxo 2, but it’s not a big fuss since Auxo 2 already displays the media control buttons in the App Switcher as well.

If you want to add a little more functionality to the iOS 7 App Switcher, you should give PlayTask a try. As you’d expect, the tweak is available on Cydia’s BigBoss repository for free.

What do you think of PlayTask? Do you find it useful? Let us know in the comments section below.