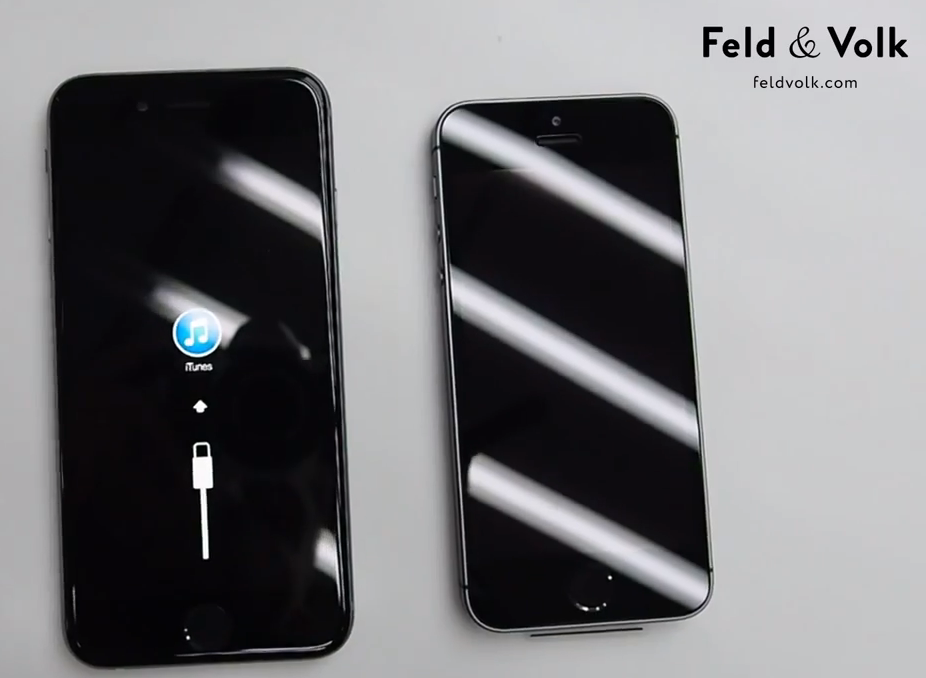 Modified iPhone vendor Feld & Volk has posted a video this afternoon of what is believed to be a complete 4.7-inch iPhone 6. The firm, which has demonstrated its ability to get its hands on rare parts in the past, says it constructed the device from leaked parts.

We’ve seen a plethora of these leaked parts over the past few weeks, as Apple suppliers are presumably ramping up next-gen iPhone production ahead of next month’s event. But this is the first time we’ve ever seen the handset wholly assembled, and turned on.

Feld & Volk says it was able to piece together this iPhone from various components it has obtained from sources within Apple’s supply chain. The device clearly turns on, and begins to boot up, but quickly demands that it be connected to iTunes before proceeding.

Apple yesterday sent out invitations to a September 9 media event, where it’s expected to unveil the iPhone 6 and its so-called iWatch. In addition to its larger display, the new iPhone is expected to feature an NFC chip, an A8 processor and a multitude of new sensors.