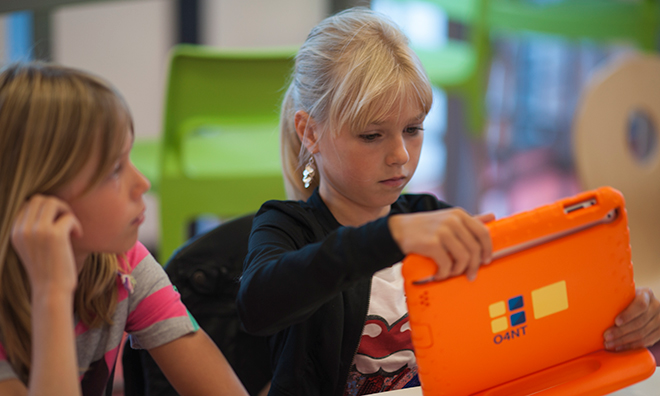 The St. Paul School District in Minneapolis has announced plans to rollout iPads to 40,000 students in its district, all payed for by taxpayer dollars. The school district has chosen a suite of apps that will be used by students, teachers, and administrators for enhanced learning in the classroom, including an app called Nearpod that can project images and videos, and gather instant responses from students to enhance engagement.

The Star Tribune interviewed several teachers within the school district, who praised the program because of its potential to get students more involved. “I knew that when I could get them going, it’d be just never-ending,” Diane Smith, a fifth-grade teacher at Hamline Elementary, said praising the program.

The St. Paul School District’s main goal is to have iPads in the hands of students so they can “create and, hopefully, innovate.” Unlike other school districts who have purchased the tablets outright from Apple, the school district will lease the iPads and more than 1,000 MacBooks for close to $8 million per year once the 61 schools in the district all have the technology.

“As educators, we have the luxury of whether to use the tool or not,” Hamline Elementary Principal Craig Anderson told the paper. “But kids are not going to have the option of living in a world that doesn’t use technology.”

When the rollout started last September in LA, the students quickly bypassed many security features set in place, causing concern. There were also several budget discrepancies, leaving the teacher’s union to be brought in for a look into the bidding process for the initiative.

I’m still torn on iPads being put into the classroom. As a recent graduate from a high school whose students could use iPads, there certainly wasn’t much learning being done on them. We all got pretty good at Clash of Clans, though.