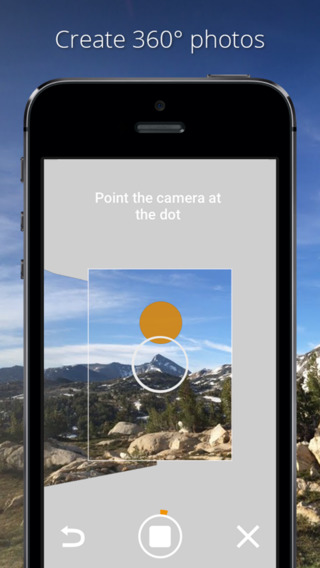 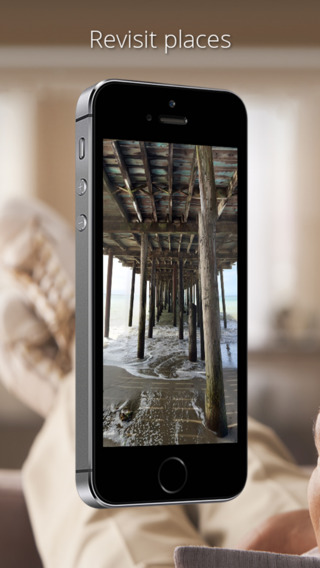 Google has released a brand new iPhone photography application in the App Store. Dubbed Photo Sphere Camera, it provides functionality similar to the iOS Panorama shooting mode, and then some more.

By continuously taking images as you pan your device around, Photo Sphere Camera then stitches the individual photos together to create a nice sphere-like 360-degree image which can be published directly to Google Maps or shared with anyone on Facebook, Twitter, Google+ and via email.

The app is a free download. I’ve included additional tidbits right after the jump…

The app couldn’t be simpler.

After tapping the shutter button, a series of blue on-screen dots will appear acting as a virtual representation of your surroundings. Now picture yourself standing inside a huge globe and simply pan the device around until you’ve captured each and every one of these dots.

The app will stitch the individual images together, creating a single 360-degree view that can be swiped and panned around with your finger (it’s a lot like Street View in Google Maps), geotagged and published to Google Maps or Google’s Views service, shared with others on social media and more.

To be perfectly clear, photo sphere functionality has been built into Android’s native camera app for the past year.

Create beautiful 360º images and publish them on Google Maps. Photo spheres empower you to look up, down and all around to revisit the amazing places you’ve encountered — and share them with anyone.

The following how-to video explains how Google’s app can be used to take a series of photos and automatically turn them into a seamless 360-degree panorama that can be published to Google Maps.

iPhones since iOS 6 have had support for taking high-quality panoramic images with the stock Camera app. 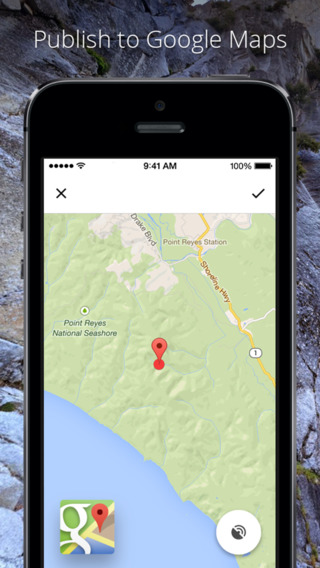 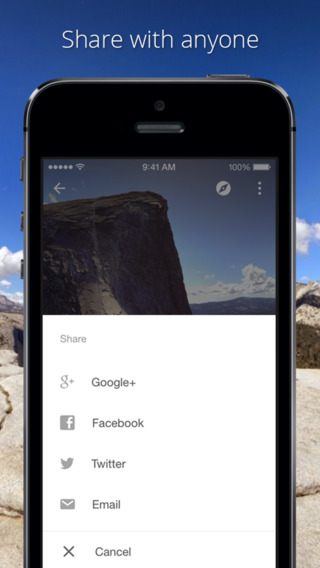 The 18.7-megabyte download requires any iPhone from the iPhone 4s onward and iOS 7.0 or later. The iPhone 4 can’t create photo spheres, cautious the search giant.